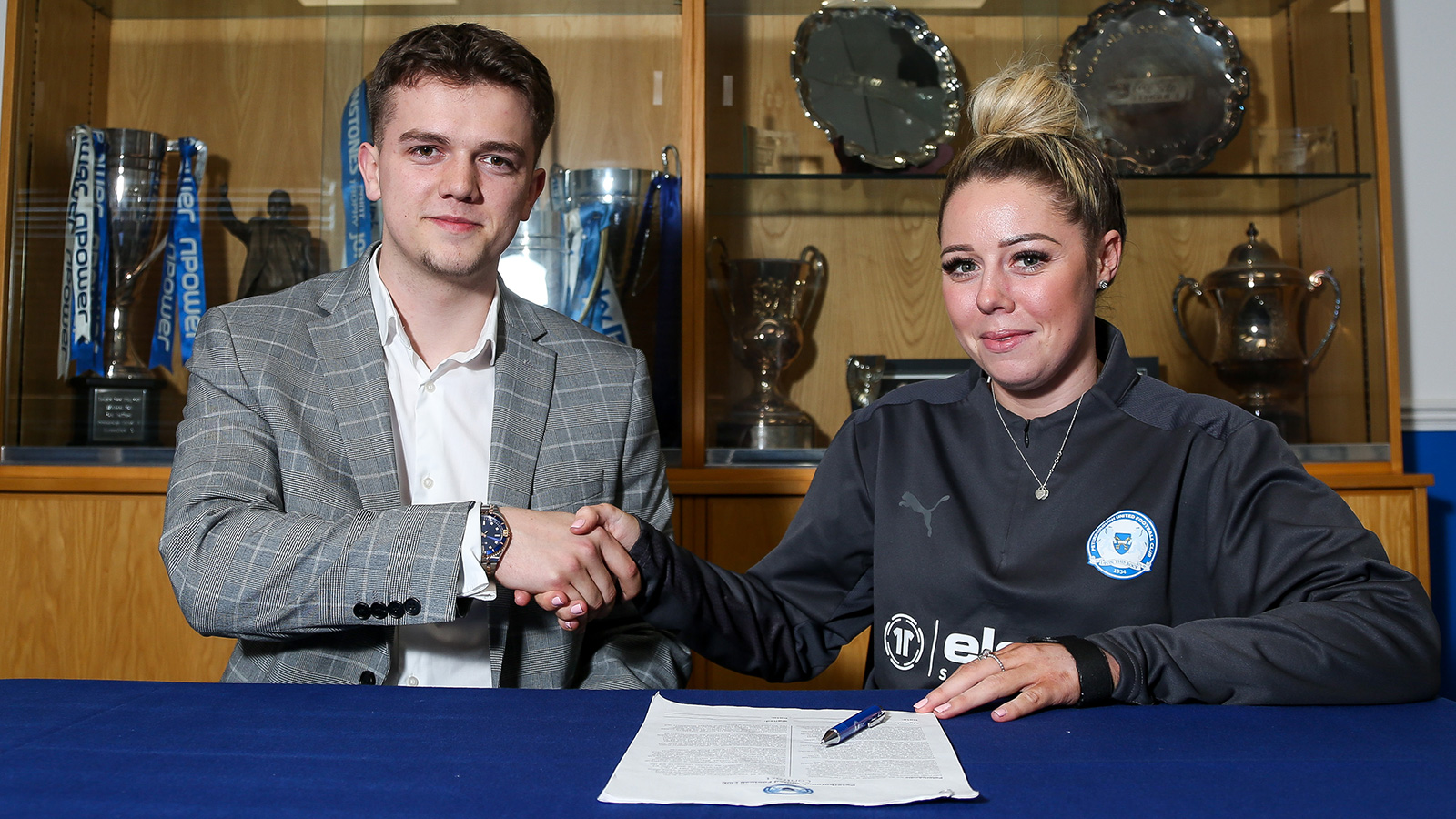 Midfielder Katie Steward has committed her future with the club for the 2022/23 season.

Peterborough United Women are delighted to announce that midfielder Katie Steward has agreed terms with the club for the 2022/23 campaign after an impressive debut campaign in the FA Women's National League.

The midfielder becomes the eighth player to put pen to paper over the last couple of weeks as the club marked another exciting chapter in the club’s history by handing out terms to players for the first time since the team was founded in 2015.

Steward joined the club halfway through the 2021/22 campaign after spending the previous season at local rivals Peterborough Northern Star, where she netted seven goals in seven games. Steward, who predominantly plays as a winger on either side of the flank, initially started her time at Posh as a full-back but spent the second half of the season as a striker alongside Keir Perkins.

The midfielder, who follows in the footsteps of her sister Cassie Steward in committing her future to the club, was delighted to have the club show trust in her and is looking forward to an intense pre-season next month ahead of the 2022/23 season.

“I’m delighted to have committed my future here for next season,” Steward said. “Last season was quite frustrating for me as I suffered a few injuries, so to be one of the few players to receive this opportunity is a proud moment for me and shows the club's faith in me. We have a tough pre-season coming up. Some challenging games against tough opposition and will be an opportunity to prove myself and gel with the players even more, as coming halfway through a season was tough.

“Dan has trusted me to play in numerous positions, but I predominantly play out wide, using my pace to beat defenders and provide chances for the forwards. However, I love getting stuck into challenges and tracking back, and I think Dan has seen that and trusted me to play the wing-back role on a few occasions. I’m excited to see what next season brings and one where I believe the team can make progress and challenge the top teams in the division.”