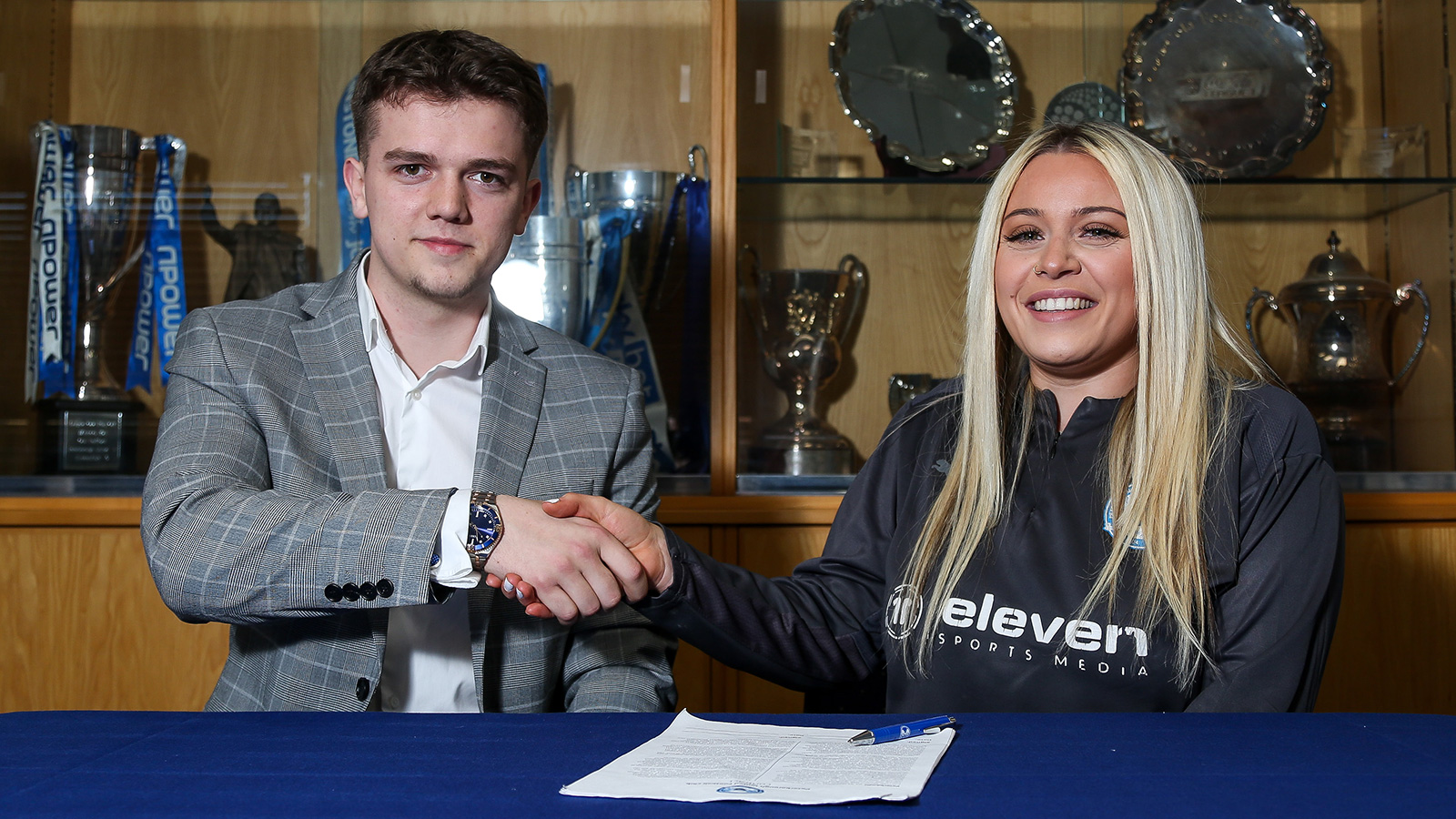 Midfielder Cassie Steward puts pen to paper for next season.

Peterborough United Women are delighted to announce that midfielder Cassie Steward has agreed terms for the 2022/23 campaign, becoming the sixth player to commit her future with the club.

Steward follows in the footsteps of Jess Driscoll, Keir Perkins, Beatriz Borque, Stacey McConville and Megan Parrett in putting pen to paper for the upcoming campaign.

The midfielder joined the club last summer from local rivals Peterborough Northern Star, where she scored over 100 goals in just over 100 appearances, and became an integral part of Dan Lawlor’s side this season, being utilised as a striker and midfielder.

Steward, who netted 12 goals in all competitions, including four goals in the FA Women’s National League, recognised this opportunity as another milestone in her successful career and was full of praise for the club’s development.

“I’m delighted to have been offered this opportunity,” Steward said. “I have come a long way in football, picked up some great achievements and this is just another significant milestone in my career and one I’m grateful for. It’s not only a huge step for myself, but also for the club and the direction they’re heading in.

“As each week passes, I feel there have been new opportunities handed to us that the club haven’t done before, and all credit goes to Bobby for that. The club has grown massively since I joined last summer.

“It’s fair to say last season was a rollercoaster of emotions, but every player dug deep and we achieved our goals of staying in this division.  We showed in the second half of the season that we can compete with the very best in this division, and we want to make that step up next season, make the club proud and repay the trust they have shown in us."