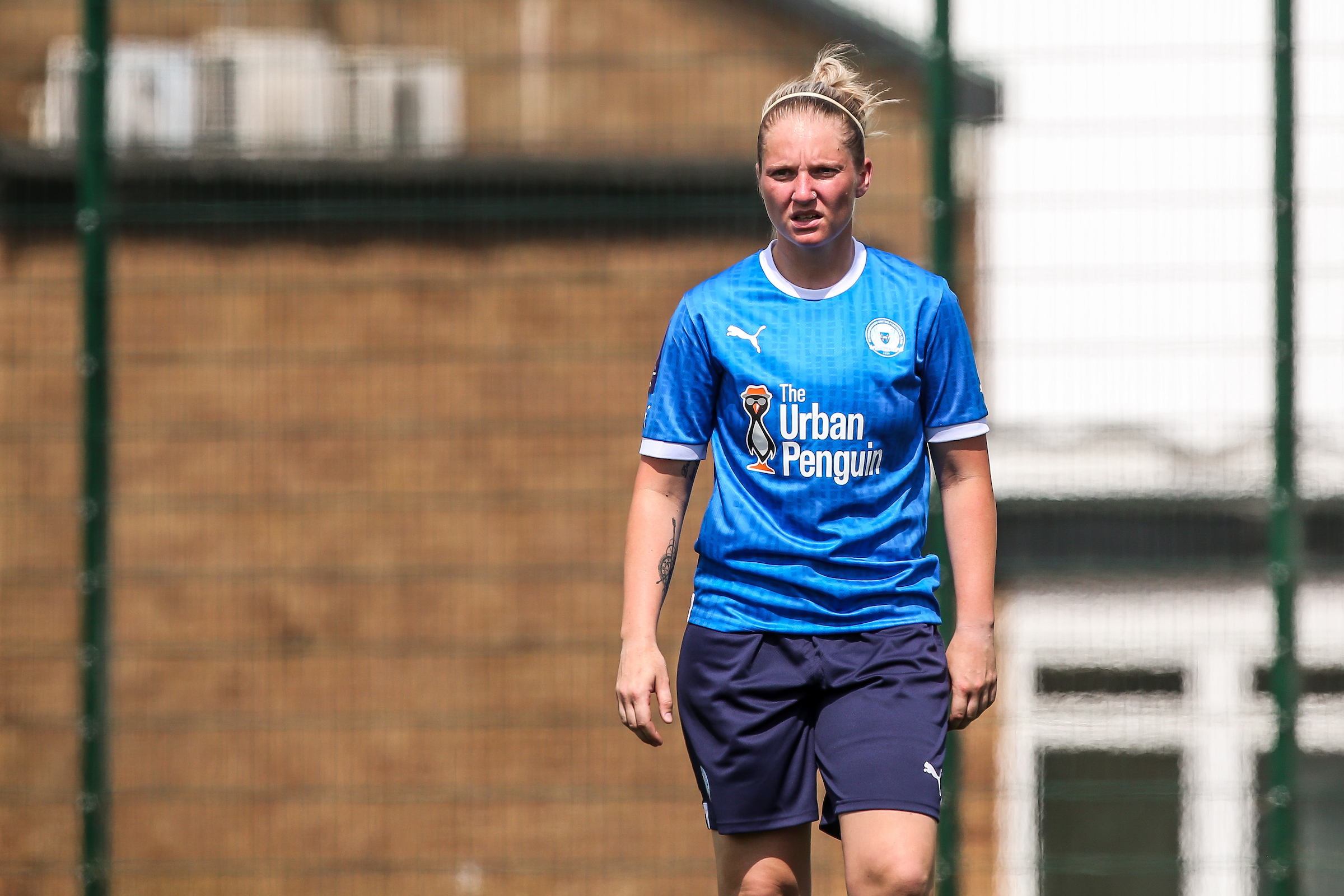 Posh Women fall to a narrow defeat against The Canaries.

Peterborough United Women failed to claim a victory over Norwich City Women after a 2-1 defeat at The Nest on Sunday afternoon in their penultimate pre-season fixture.

Despite a scrappy first half, Posh looked the dominant side and their first promising attack was in the fourth minute after an excellent run of play from Cassie Steward, she crossed the ball into the feet of Jess Driscoll, who hit it on the volley but couldn’t keep her effort down.

The Canaries failed to impose any major threat on Posh’s defence in the first 45 minutes. A free kick on the edge of the box after 29 minutes was their first opportunity at goal, but it went wide of the far post. Another strong shot from the edge of the box again looked dangerous, but Lucie Mugridge’s exceptional sliding tackle blocked the shot.

Posh continued to push for an opener as a superb shot from Katie Steward on 33 minutes from 25 yards out was just inches wide of the post. After several changes at the break for the home side, The Canaries’ fresh legs took little time to cause a problem for Posh’s defence.

The hosts opened the scoring on 50 minutes after a superb run by The Canaries’ midfielder who played the ball to the back post for a simple tap-in by the forward. The Canaries extended their lead just five minutes later after a scrappy piece of defending from a corner, which allowed them to play the ball straight back into the box for another tap-in past Neive Corry.

Posh wasted no time in their response. On 56 minutes, after an immense run by Driscoll down the right side, she glided past the defender to play the ball into C. Steward who tapped the ball in from the rebound, after a failed attempt, to pull one back for Posh.

Norwich looked to score a third, but two exceptional saves from Neive Corry seemed to keep Posh in the game. Dan Lawlor’s side continued to look for the equaliser, but failed to create any threat in the final third, causing no problems for the opposing keeper, and sealing Norwich’s victory.