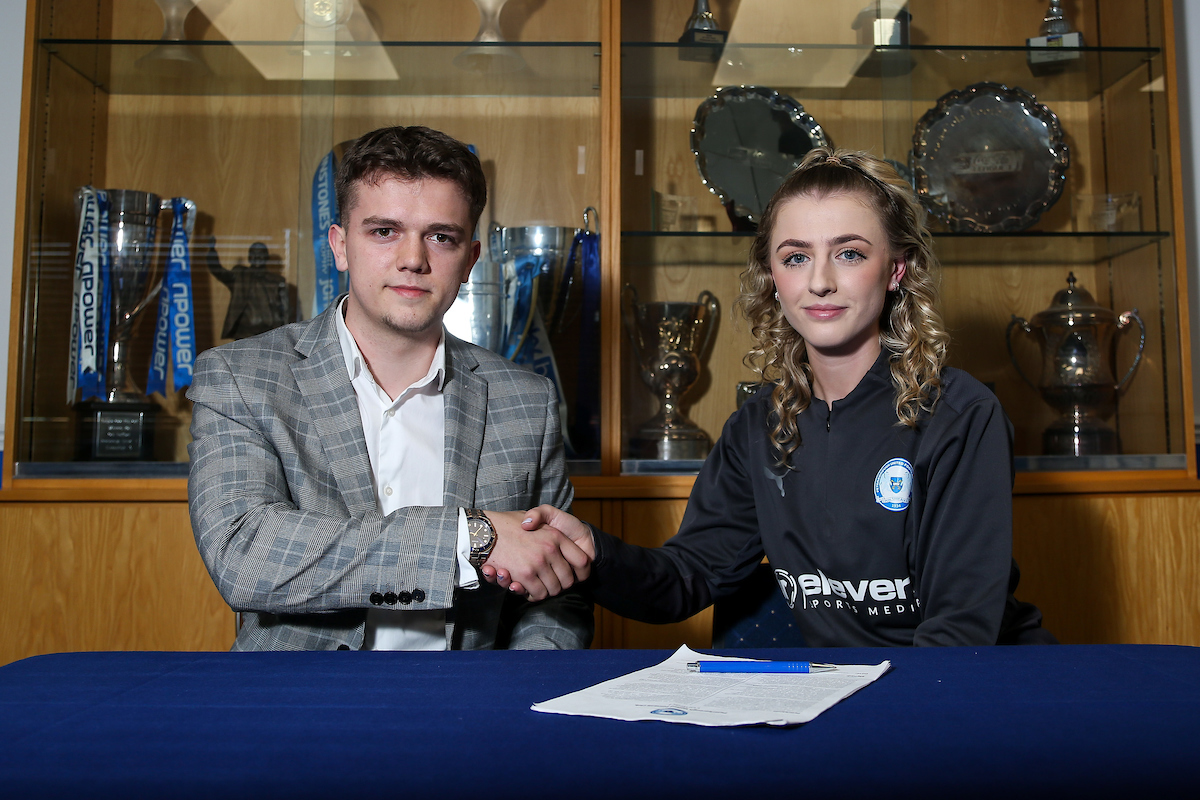 Peterborough United Women are pleased to announce that captain and striker Keir Perkins becomes the second player to agree terms with the club for the 2022/23 season.

Perkins, who has netted 21 goals in all competitions this season and played a key role in securing safety in the FA Women’s National League Division One Midlands, follows in the footsteps of midfielder Jess Driscoll who became the first player to put pen to paper earlier this week.

The free-scoring striker has been part of the Posh Women set-up since the club was formed in 2015, a career that has span across seven years and seen her rack up over 140 appearances in that time while also becoming the first player in the club history to net a century of goals in 2020.

Perkins, who has been the captain for Posh Women, admitted it was a proud moment for herself, but is delighted to see the growth of the club in the last few years.

“It's an immensely proud moment,” Perkins said. “It’s a massive step for the women’s team. I have been with the club for seven years and today marks another exciting chapter for the club. The last 12 months has been an enormous growth for the club, reaching the National League for the first-time in our history and we have done well in our debut campaign, especially the last few months with Dan, and to now hear this news is fantastic, giving us the platform to keep building.”

“Beginning the journey with the club seven years ago, it looks very different to how it does now, and it has been a pleasure to have been part of the growth of the club. This news is obviously a proud moment for me, but also proud to see what the club is achieving now.”