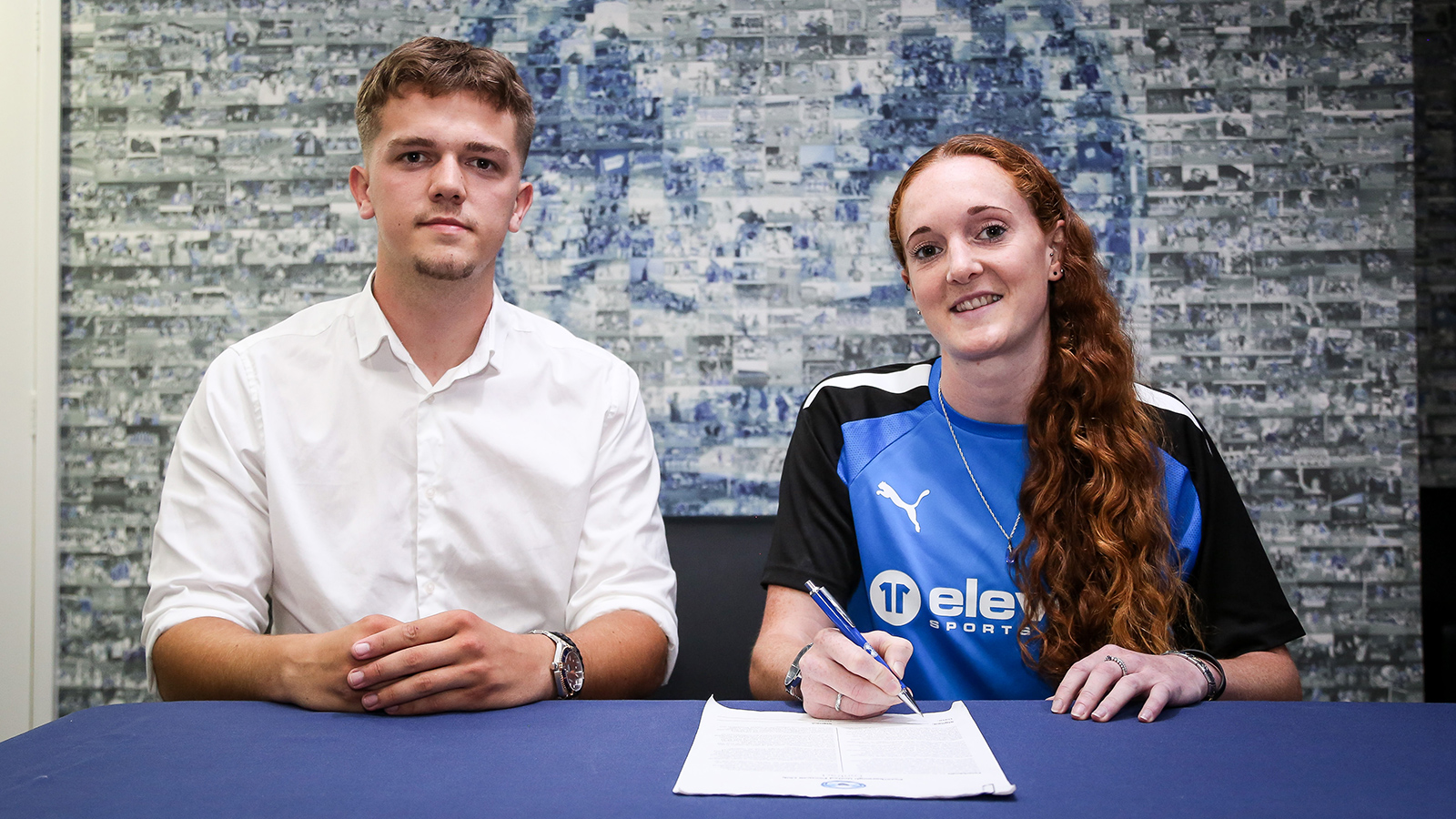 Posh Women have completed their sixth signing of the summer.

Peterborough United Women continue to strengthen their squad ahead of the FA Women’s National League campaign with the signing of former Long Eaton United defender Lucie Mugridge, who becomes the twelfth player to agree terms with the club.

Mugridge, who made 13 appearances for Long Eaton United last season, becomes manager Dan Lawlor's sixth signing of the summer, following in the footsteps of Tara Kirk, Eden Bailey and Zaiga Lacite in committing their future for next season, and adds vital experience to the backline.

The defender joined The Blues in January after spending two-and-a-half years at Holwell Sports, playing at FA Women’s National League level during her time at the Leicestershire-based club. She was also part of the Leicester City Women's set-up in the early part of her career, progressing through the academy to the reserve squad, and Lawlor is excited to add her quality to the squad.

Lawlor said: “I’m delighted to have secured the services of Lucie. She’s a player who brings in a lot of experience and quality to the side after playing at this level for a number of years. Our backline was quite young last season, so bringing in Lucie means she can organise the defence, communicate and be a leader for us on the pitch. A massive addition to the squad, we’re grateful to be getting her on board as it’s another signing that helps us kick on to achieve our targets for this season.”

Mugridge said: “I’m delighted to have joined the club. You can see the ambition from everyone involved and where they want to be this season, so it’s an honour to be a part of it. The progression of the club and how it’s being built has been impressive to watch from the outside. They finished really strongly at the end of last season, and with women’s football growing even stronger, especially with Euro Championship at the minute, I wanted to be at a really progressive club.”

“As a defender, I love an one-on-one and fancy my chances every single time, but I also like bringing the ball out of the back and starting the attack from there. You need vocal players in the backline, players that will dictate it and bring in leadership, so I’m looking forward to working with Jess [Evans] as we can both bring in that experience. However, having that bit of youth is essential, especially when our legs are struggling at the end of the game. I’m really excited to get started now, using these next few pre-season friendlies to get sharper and get to know the group a bit more ahead of the new campaign.”