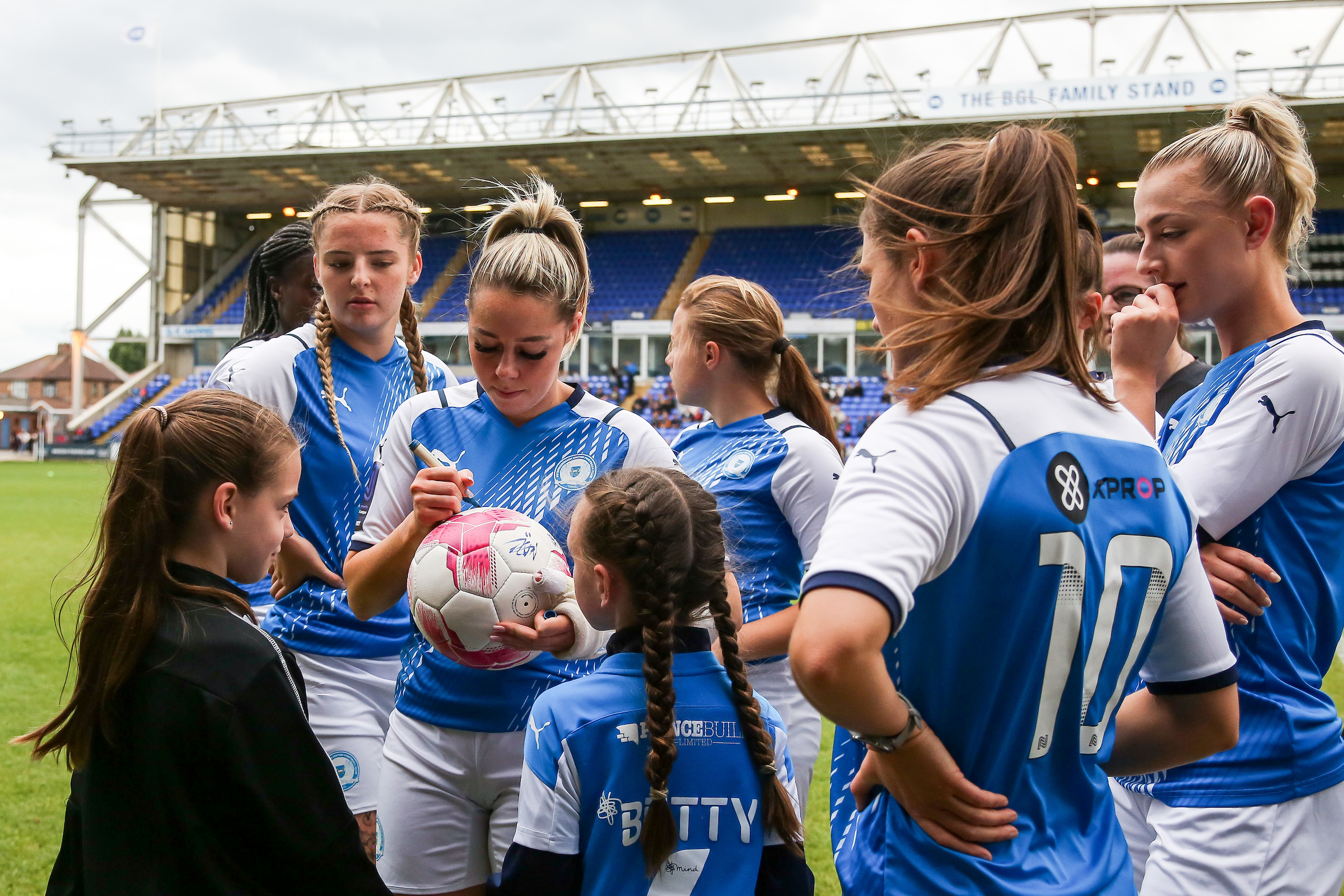 Just over 12 months ago, Peterborough United Women came under the football club umbrella, and there has been enormous growth in the squad, on and off the pitch, from handing out terms for the first time in the club’s history to welcoming over 1,400 supporters to the Weston Homes Stadium back in May.

We are now delighted to announce that the club has received a three-year FA Emerging Talent Centre (ETC) licence that will allow the club dual age groups, including U10, U12, U14, and U16, which will feed directly into the Posh Women Development Squad and First Team.

The ETC, which is set to open in September, will be based at the Ideverde training centre and all players will have access to all facilities, including the indoor training dome that was opened earlier this year.

It will be a massive step for the club to have the ETC under the women’s senior teams and help young female footballers aspire to play in the FA Women’s National League for Posh Women and eventually for the Lionesses.

The club are dedicated to creating a successful player pathway and that was highlighted last season, with five development squad players featured for the first team, including 16-year-old Elloise Copson who has now become a regular in Dan Lawlor’s side.

Posh Women General Manager Bobby Copping, who received the news on Wednesday, said: “I’m delighted we have been able to implement a girls ETC which will sit under the Women’s side of the club. When I first came into this role, having a clear and successful pathway into our senior teams was a vital thing for me to implement.

“We will now have U10s, U12s, U14s and U16s all feeding into our development squad and the first team. The aim is to produce as much homegrown talent as possible and ultimately to give girls in the local community a chance of having a career as a professional footballer.”

Co-owner Jason Neale: “Following the academies success in achieving Category 2 status, being recognised as an emerging talent centre for the women’s game caps off a fantastic year.  For all aspiring girls wanting to play football, PUFC is the place to be, and this recognition supports and builds on the pathway that we have put in place.  As a long-time follower of the girls youth football, having clocked 1000s of miles following my daughter, I am absolutely delighted for the club”.

Academy Manager Kieran Scarff said: "It is brilliant news. The women's programme is going from strength to strength. We have had a really strong structure over a number of years with the development centres that the Foundation have been running for girls in the local area.

"What this licence does is allows us to build on those programmes and develop a girls academy. Myself and Bobby have had extensive discussions and we feel we can build this alongside the successful boys academy. We want to build an elite academy programme to allow local girls to progress through and follow the pathway through to the senior sides."

Trials will be held on Wednesday 17th August (10am-12pm) and Wednesday 24th August (7:30-8:30pm) at the Iideverde Training Ground. Register for our girls academy trials using the below link: