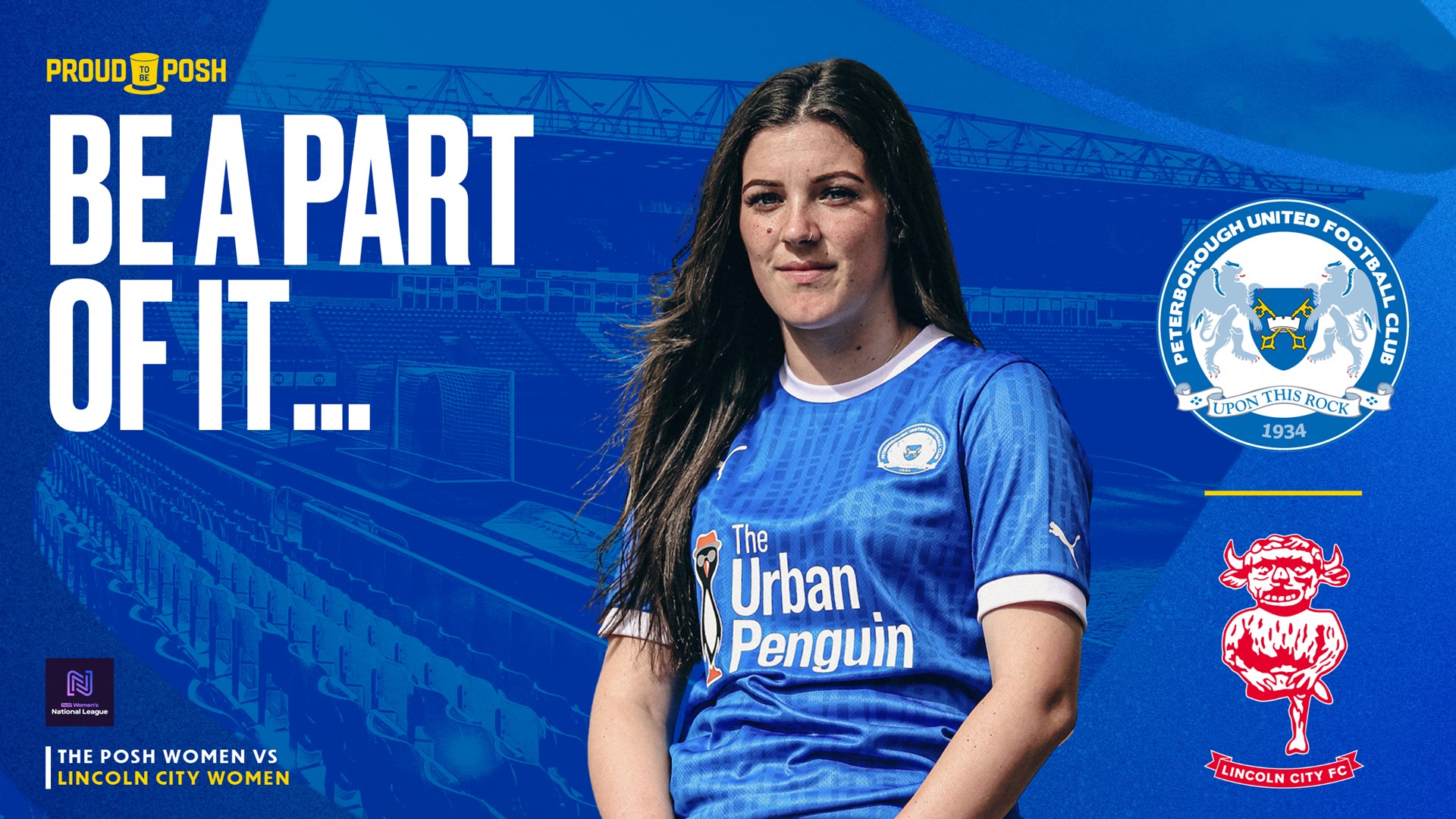 We are delighted to confirm that Peterborough United Women are set to host their first-ever competitive game at the Weston Homes Stadium as they welcome fellow promotion hopefuls Lincoln City Women in the FA Women’s National League Division One Midlands on Wednesday 31st August 2022 (7:45pm).

The Posh Women hosted an end-of-season HerGameToo Cup fixture at the Weston Homes Stadium in May, which saw 1,400 supporters attend and the club want to continue the upward trajectory of the women’s fanbase, creating young fans for the future by hosting the first-ever FA Women’s National League game at the stadium.

Posh Women General Manager Bobby Copping said: “Following on from the incredible achievement by the Lionesses last month, as a club we further wanted to show how much we value women’s football and give our women’s team the platform to show everyone how good they are. Playing our first-ever competitive league fixture at the Weston Homes Stadium is another historic moment for the club and demonstrates the progress we have made. None of this would have been made possible without the ownership group’s full backing, we are extremely lucky with the support we have at the club”

Co-owner Jason Neale said: “The club is absolutely delighted to host a first competitive game for our woman’s team at the Weston Homes Stadium, in what promises to be a cracker of a game against a local rival.  We would like to beat our record attendance of 1,400 for a woman’s game, so please come out and support the team.”

Manager Dan Lawlor said: “We are extremely delighted that the football club are hosting our first home game of the FA Women’s National League at the Weston Homes Stadium, highlighting how much the club backs the women’s team and its development. I know every player in the squad will relish the opportunity and put on another show for the city, especially after the enormous success of the Lionesses last month.”

Sponsorship and hospitality packages will also be available for this fixture. Please contact horris.jones@theposh.com for more information.