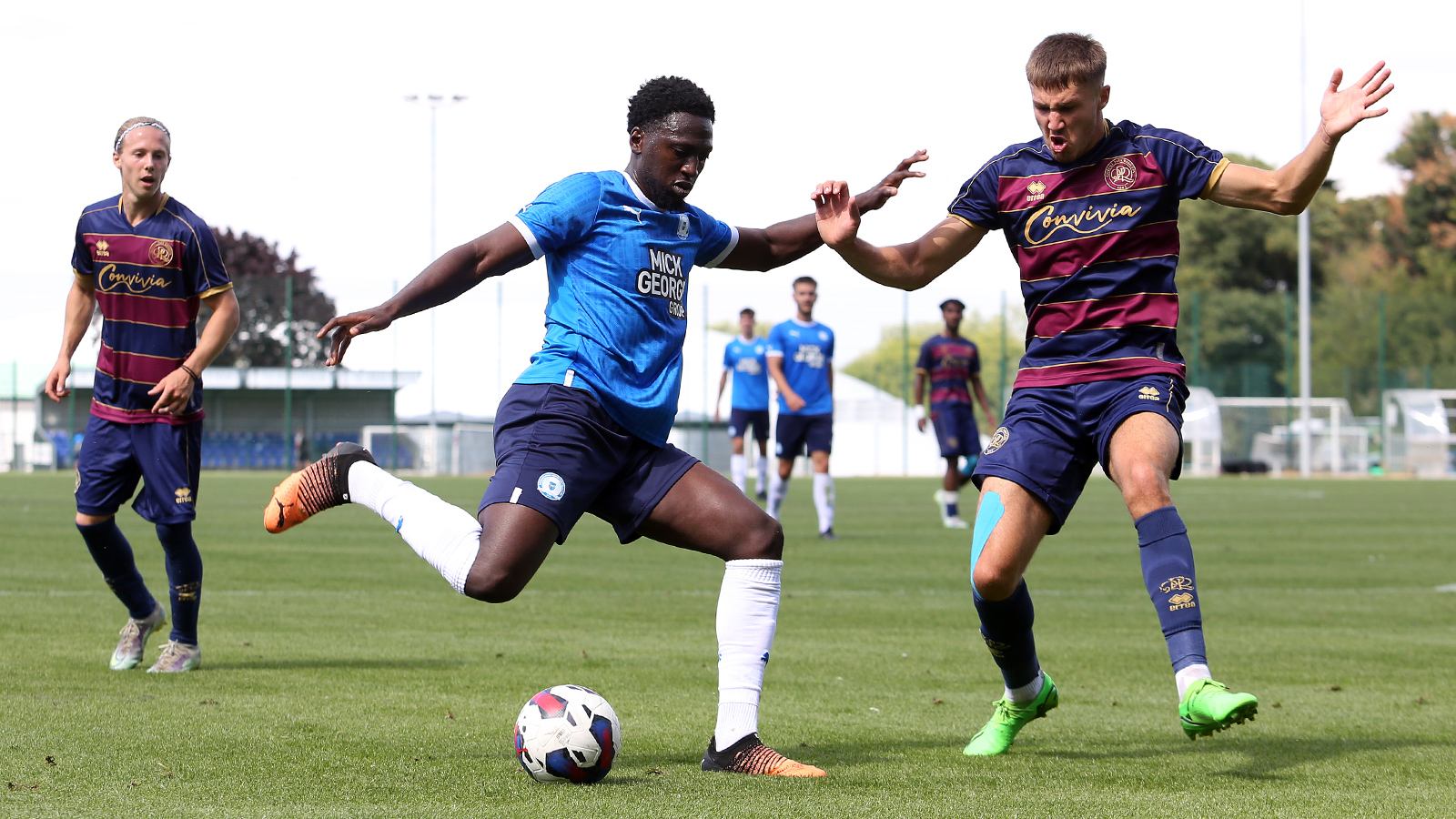 Posh U21s Held On Opening Game Of The Season

Posh U21s opened their 2022/23 Professional Development League campaign with a 2-2 draw against QPR.

Peterborough United U21s were held to a 2-2 draw by QPR on the opening day of the 2022/23 Professional Development League campaign at the idverde Training Ground on Monday afternoon, with Matthew Etherington’s side pegged back twice in both halves.

It was the perfect start for Posh as they broke the deadlock on five minutes as a beautifully weighted pass from Benjamin Mensah played Hameed Ishola through on-goal, he showed composure to lift his effort over the keeper and into the back of the net.

QPR found themselves level after the visitors broke quickly in numbers from a Posh corner, ultimately ending as a four versus one with Alfie Lloyd converting from close range.

As the game reached the 45-minute mark, QPR continued to push for the lead as Lloyd advanced down the left and tried to pick out a player inside the box, but Ashton Fox recovered well to clear the ball out of danger. Mackenzie Lamb was then penalised on the stroke of half-time after his late challenge brought down Ody Alfa.

Etherington made two changes at the break, introducing Lewis Darlington and Will Van Lier for Hameed Ishola and Harry Thomas. Will Lakin was called into action in the opening five minutes of the half as a curling free-kick from Alfa on the left area of the box looked to be creeping in at the far post, but Lakin got a strong hand to push it away.

Lakin was then the man of the moment on 55 minutes when the visitors were awarded a penalty after Oscar Tonge was penalised, Alfa stepped up from six yards out but Lakin got down to his right to push the ball around the post.

Posh took advantage at the other end and reinstated their lead on 60 minutes as Kai Corbett arrowed his effort into the bottom corner from an Idris Kanu cut-back following superb play by Roddy McGlinchey in the middle. Lloyd drilled a left-footed effort across the face of the goal before Arkell Jude Boyd was shown a yellow card for a late challenge on Broom.

The visitors levelled the score once again on 70 minutes as Harrison Murphy curled his effort into the bottom corner. Corbett was inches away from handing Posh the lead just a few moments later as his effort on the outside of his right foot drifted wide of the post.

Kanu then rattled the crossbar with a powerful right-footed effort after Darlington played it across to the Sierra Leone international. It turned out to be a dramatic final few minutes as Joseph Ajose thought he had scored the winner, which prompted the visitors to celebrate, but the linesman confirmed the ball hadn’t crossed the line and the ball was still in play as Posh looked to take advantage as Darlington broke through on-goal, although his effort was straight down the throat of Harry Halway.