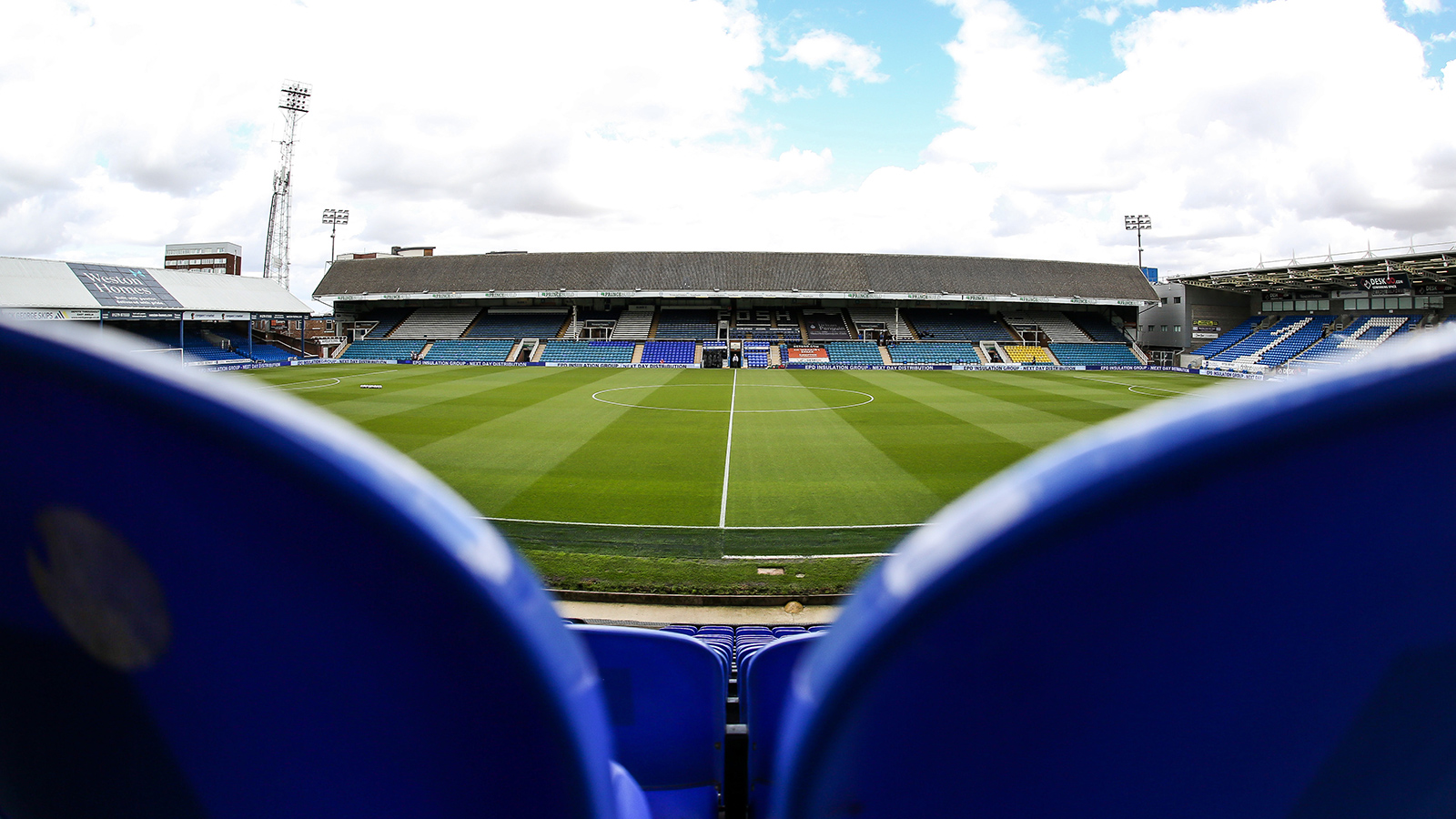 Peterborough United welcome Stevenage to the Weston Homes Stadium on Tuesday evening in the first group phase fixture of the Papa John’s Trophy (7.30pm) – the third meeting (including a pre-season friendly) between the sides in the last two months.

Wycombe Wanderers and Tottenham Hotspur’s under 21s make up the rest of the group with two sides progressing to the knockout stages. Posh are previous winners of the competition (back in 2014) but both sides are expected to make wholesale changes to their starting line-up with the game in the midst of a hugely busy schedule.

If the scores are level after 90 minutes, both sides will get a point and a penalty shoot out will determine who gets the extra point.

Posh will be without the services of Dan Butler and Oliver Norburn due to long-term injuries, while Emmanuel Fernandez is also on the side-lines. Joel Randall has recovered from a shoulder injury and will be involved while Harvey Cartwright is expected to start between the sticks after being named on the substitutes bench at Pride Park on Saturday.

Kwame Poku, who came on as a second half substitute in the defeat to the Rams, could also feature as he builds up his minutes following a calf injury. Ricky-Jade Jones and Joe Taylor, who both netted in the Carabao Cup win at Plymouth are both set to return to the squad.

Stevenage boss Steve Evans has spoken openly in the past about his lack of enthusiasm for the competition, so several youngsters could be included in their squad. They were beaten 1-0 in the last minute at Salford City on Saturday in Sky Bet League Two action.

It is hard to predict who will make the line-up for Stevenage given the expected changes, but with Danny Rose substituted five minutes before the interval at Salford and his performance against Posh in the Carabao Cup win last week, former Cambridge United and Port Vale winger David Amoo could get more minutes in the tank and he proved that he has plenty of attributes that can be handy at this level against Grant McCann’s men. A direct runner, he can operate on either flank or down the middle.

“It is a chance to give some of the players that have worked hard for an opportunity that opportunity in this fixture and we look forward to seeing what they can. It is a really busy schedule so you have to manage the workload of the players, but that is not just in the first team, that is in the under 21s with Matty and the under 18s with Jamal. We have played Stevenage quite a bit in the first couple of months so we know what it will be like, but we are back at home and we will try and win the game,” Assistant Manager Cliff Byrne said.

Tickets are available at www.theposhtickets.com and from 10am on Tuesday at the Weston Homes Stadium Box Office. The Deskgo Stand and the Weston Homes London Road End will be closed for this fixture with Stevenage fans accommodated in the away section of the North Stand. Full ticket prices for the game can be found here:

Domestic and overseas subscribers will be able to watch the action on Posh+ with match passes available for £10. Audio passes for the game are available priced at £2.50.

There are a host of players within the Stevenage camp that have spent time in PE2 including goalkeeper Aaron Chapman (pictured left), defender Carl Piergianni, midfielder Michael Bostwick (pictured centre) and winger Jordan Roberts, who progressed through the clubs Academy system.

Down the years, there have been quite a few connections between the two clubs, the most famous of course is ‘The White Pele’, George Boyd, who Posh signed from the then non-league outfit. Other players to have played for both include defender Lee Howarth, midfielders Charlie Lee (pictured right) and Chris Whelpdale, Academy graduate Tom Conlon, centre back Ben Nugent and current Coventry City front man Matt Godden.

Mo Eisa and Ricky-Jade Jones (pictured scoring below) were on target the last time the two sides met at the Weston Homes Stadium, in what was an Emirates FA Cup first round replay in 2019 after Marcus Maddison had earned Posh a replay at the Lamex Stadium. Posh won the replay 2-0 with Jones sealing the victory in stoppage time. 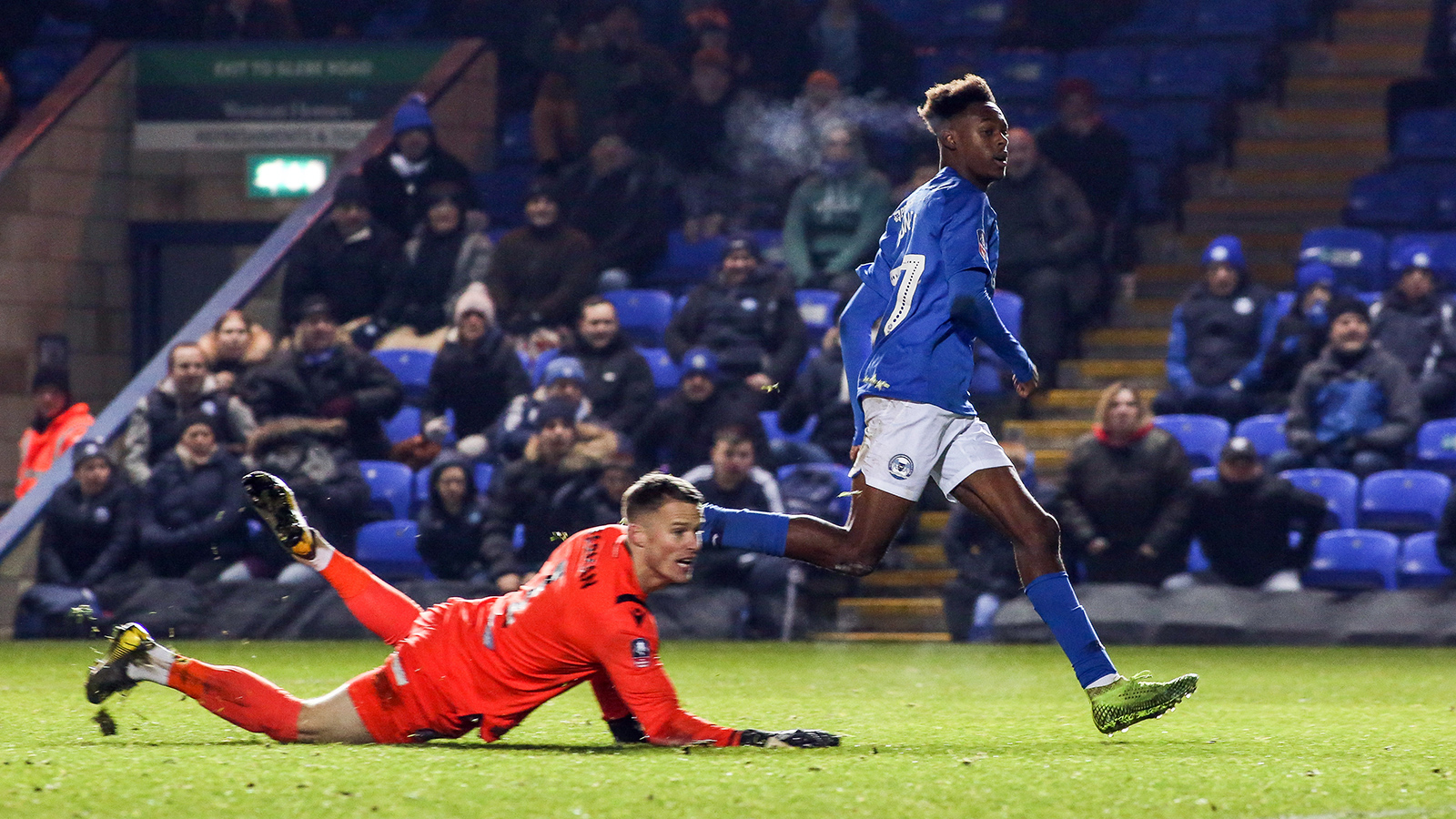