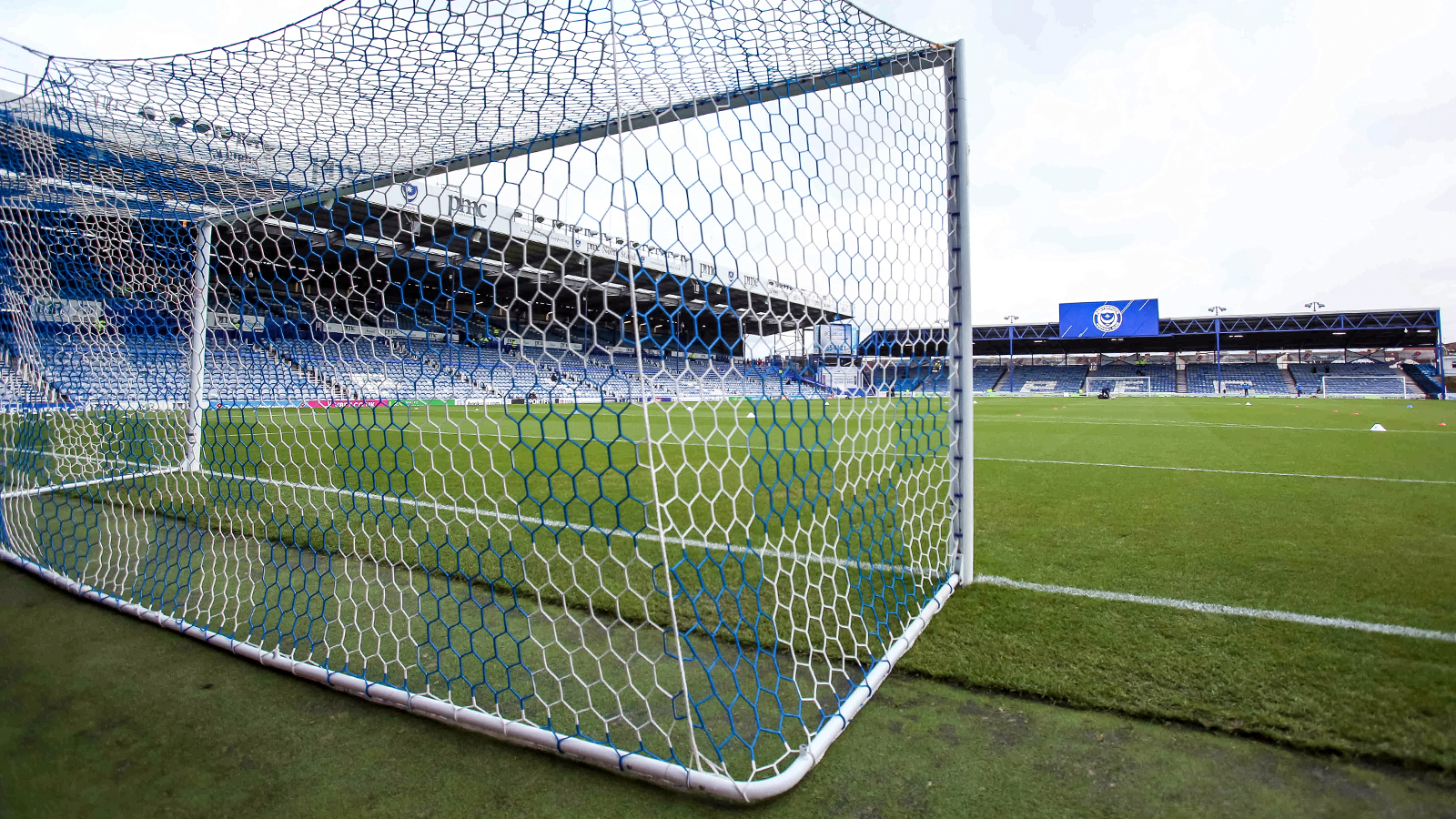 Peterborough United make the journey to Fratton Park in Sky Bet League One action on Saturday afternoon (3pm) to face league leaders Portsmouth looking to bounce back from defeat last time out on the road at Pride Park against Derby County.

Pompey have enjoyed a strong start to the season and continued to strengthen as the January transfer window progressed, right up to its conclusion on Thursday with Josh Koroma the latest arrival, signing on the dotted line from Huddersfield Town.

Posh will be without the services of midfielder Ollie Norburn due to a long-term injury while Dan Butler is back on grass as he continues his recovery from an ankle injury. He is still a little way off a return to first team football but is making good progress. New signing Kell Watts faces roughly four weeks on the sidelines due to a knee injury.

Nathan Thompson is suspended following his sending off against Derby County last weekend. Ryan Broom and Idris Kanu both departed on deadline day. Pompey have good options in attacking areas following the signing of Koroma from the Terriers and he will go straight into the squad for the fixture with Posh.

Colby Bishop was reportedly courted by Posh prior leaving Accrington Stanley for Portsmouth in the summer and he has started brilliantly at Fratton Park, scoring four goals in his first six matches for the club. Bishop (pictured below in action for Accrington Stanley) is a scorer of all types of goals and he also has a real physical presence so becomes the focal point of the Pompey attack. With plenty of pace and power around him, Portsmouth have arguably one of the strongest front lines in the division. 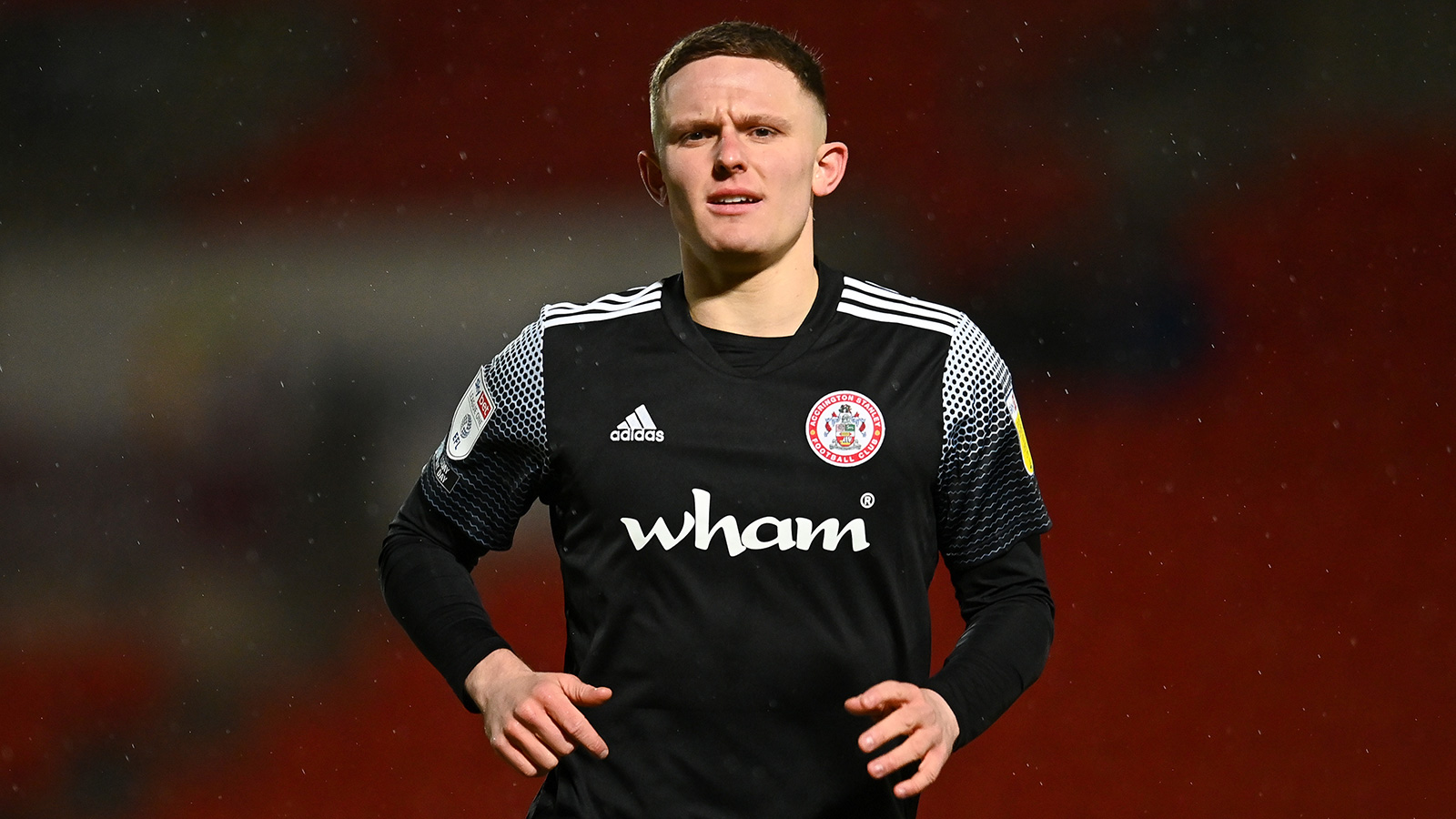 “Portsmouth have started the season really strongly and when you go to Fratton Park, you know you are going to be playing in front of a passionate crowd who are on top of you and we will have to try and do what we did at Pride Park to an extent, try and keep the crowd quiet at times in the game and play our game. It will be a test but there are a lot of big clubs in this division and we know that we need to perform like we have done in five of the six games in the league this season,” McCann said.

Tickets are available at www.theposhtickets.com and from the Weston Homes Stadium until 3pm on Friday. Posh have sold just over 720 tickets for the game.

Domestic audio passes are available priced at £2.50 while overseas subscribers can watch the action with match passes overseas priced at £10.

Both Nathan Thompson (pictured centre) and Ben Thompson have spent successful periods with Portsmouth in recent seasons – Thompson during a loan spell from Millwall and Nathan prior to his arrival at the Weston Homes Stadium. Ryan Tunnicliffe (pictured left) is part of the Portsmouth squad and he was one of three Manchester United players that joined Posh in one go under Darren Ferguson alongside Scott Wootton and Nicky Ajose.

Among the other players that have performed for both clubs include Christian Burgess (pictured right), Guy Whittingham, Derek Dougan, Carl Griffiths, Lloyd Isgrove, Izale McLeod and Adam Newton.

There have been plenty of memorable matches between the two sides down the years, particularly at Fratton Park. Erik Huseklepp scored a last-minute own goal to help Posh win 3-2 back in 2011 but more recently, in 2019, it was Ivan Toney (pictured celebrating the winning goal below) who was the match-winner as his late strike earned three points from an identical score-line. Toney and Lee Tomlin had given Posh a 2-0 lead, but Christian Burgess helped the hosts get back on level terms. Toney’s goal kept Posh’s faint play-off hopes alive. 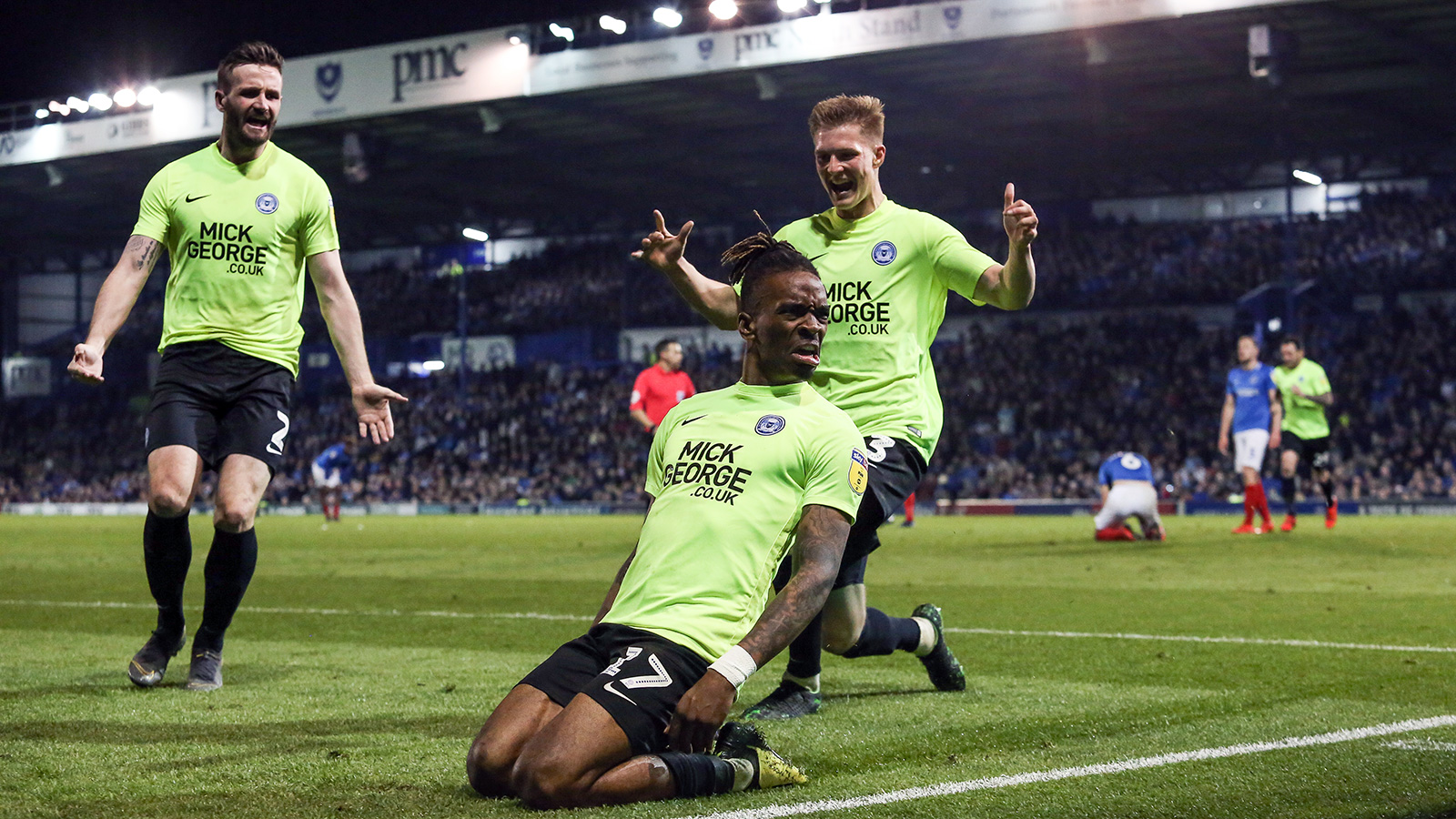