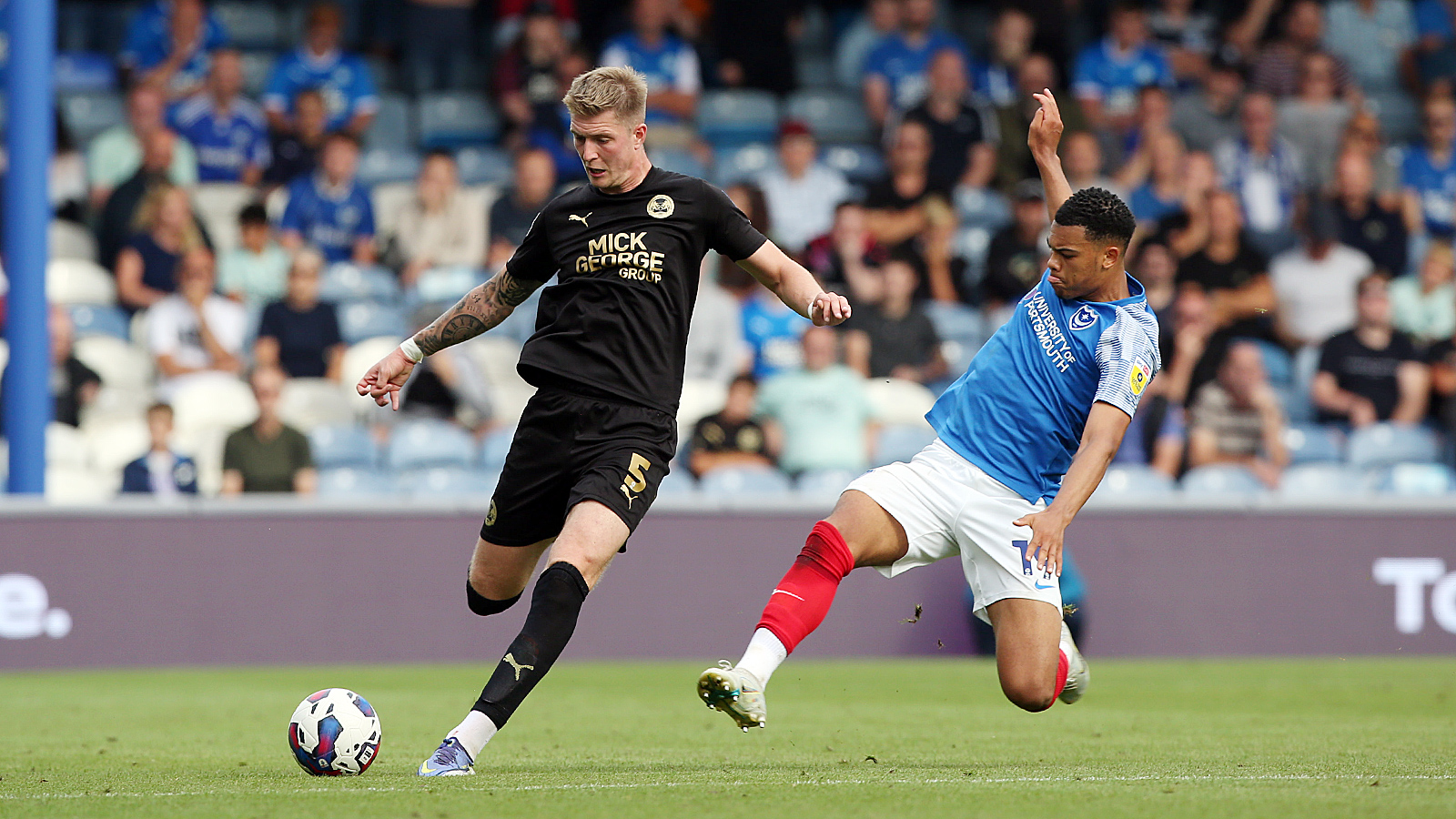 Peterborough United suffered a 2-1 defeat to league leaders Portsmouth in Sky Bet League One action as a strong first half showing was followed by a fairly good containing job of the hosts until Kane Scarlett adding a second goal with a sharp finish in the box.

Marlon Pack fired a free-kick over the crossbar on two minutes after Ronan Curtis was felled around 30-yards from goal. Two minutes later, Posh nudged themselves in front as a mistake from Morrison was capitalised on by Clarke-Harris, who closed the defender down and then had the presence of mind to pick out team-mate Jack MARRIOTT who made no mistake from close-range.

A minute later, goalkeeper Josh Griffiths produced a stunning stop to keep out a fierce drive from Clarke-Harris from just outside the penalty area. Ronan Curtis flashed a shot inches past the post a minute later after drifting away from the attentions of Josh Knight.

Owen Dale fizzed a shot inches past the post from distance before Scarlett somehow won a corner despite slicing an effort wide of the near post. The home side wasted a glorious chance to level on 33 minutes as a deep Dale cross picked out Curtis, but his header found the side-netting with only the keeper to beat.

The home side levelled the scores at 1-1 on 37 minutes as a glorious left-wing centre was nodded home under pressure at the near post by Dane SCARLETT. Marriott was not far off restoring the Posh lead on 51 minutes after linking brilliantly with Clarke-Harris but the former Derby County man cleared the crossbar with his effort.

Rafferty was cautioned by referee Mr Barrott for a foul on Burrows just after the hour mark. Kent followed him into the book for a foul on 64 minutes. The hosts made a double change two minutes later with Josh Koroma and Reeco Hackett introduced.

Pompey got their noses in front against the run of play on 69 minutes as Koroma picked out SCARLETT and he shifted the ball and fired low into the back of the net.  On 89 minutes, Posh felt they should have had a penalty for handball as Raggett flopped to the floor under no challenge, but the referee mystifyingly gave a free-kick to the hosts.

Deep into stoppage time, Kent glanced a Poku cross wide of the target before the official brought an end to proceedings.