Posh are back on the road on Saturday with a trip to the Memorial Stadium to face Bristol Rovers (3pm).

Peterborough United are back on the road on Saturday afternoon in what appears to be a never-ending road trip with Grant McCann’s men heading to the South West once again to face Bristol Rovers at the Memorial Ground in Sky Bet League One action (3pm).

After trips to Exeter City and Salford City already this week, Posh continue to clock up the miles as they head for Joey Barton’s men looking to build on the 3-0 win in the Emirates FA Cup first round replay on Wednesday evening.

Rovers have had a pleasing first half of the campaign so far and are difficult to beat, particularly on their own ground, although they were held to a draw by Fleetwood Town in their last outing in the league.

Posh are hopeful that striker and skipper Jonson Clarke-Harris will be available for selection to face his former club after a bout of illness, but a decision will be made late on as to whether he is involved with midfielder Jack Taylor also under the weather.

Nathan Thompson has missed the last two fixtures due to personal reasons and may miss the clash with the Pirates, but Josh Knight and Joel Randall are over the illness that caused them to miss the defeat at Exeter City.

Joe Ward, Joe Tomlinson, Ollie Norburn and Harvey Cartwright are all side-lined but centre back Emmanuel Fernandez is fit again and could feature for the under 21s against Brentford on Friday evening.

Rovers are expected to welcome back striker Ryan Loft from injury. The former Scunthorpe United man has missed the last few games but has trained without reaction during this week and could feature.

Aaron Collins (pictured below) has enjoyed an excellent start to life in League One and is chasing Clarke-Harris in the top goal-scorer stakes. Manager Joey Barton described two of his strikers as the best in the league in his pre-match press conference and with Loft and John Marquis also at his disposal, there is plenty of firepower. Collins in particular is a scorer of all types of goals, he is full of confidence and if partnered with a target man will drift from the front and help link-up play as well as running in behind. 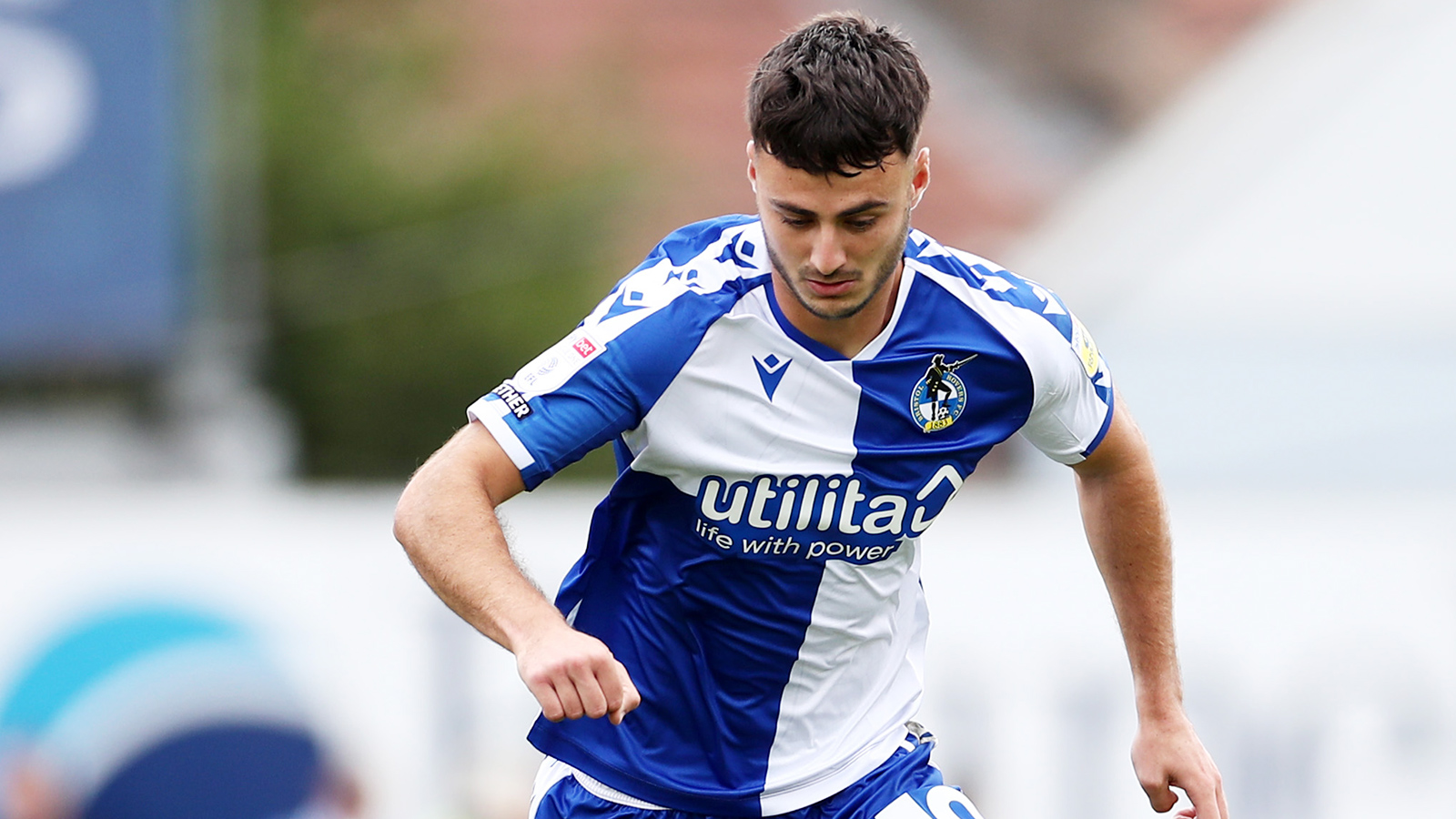 Due to the nature of the games this week and the travelling involved, the manager has not done an interview with Posh+ ahead of this fixture but said earlier in the week. “It is a busy week with three games on the road, it is a big test for us but we got the job done against Salford with a professional performance and now we look forward to what is next,” McCann said.

Tickets are on sale at www.theposhtickets.com and via the Weston Homes Stadium Box Office until 3pm on Friday. The game is not all-ticket and Posh fans can purchase tickets on the day.

Aside from skipper Jonson Clarke-Harris (pictured below middle), who is making his first return to the Memorial Ground as a Posh player with supporters present, and midfielder Ollie Norburn there are no other players in PE2 with links to the club, however the Pirates do include Harry Anderson (pictured below left) who came through the latter part of the Posh Academy and promotion winning midfielder Paul Coutts. Among those to have played for both in the past, include striker Tom Nichols, defender and Northern Ireland international Michael Smith (pictured below right), goalkeeper Aaron Chapman, experienced front man Bradley Allen, winger Jeff Hughes, Academy graduate Mark McKeever, diminutive midfielder Erhun Oztumer and Northern Ireland international James Quinn.

Jack Marriott (pictured below) bagged a hat-trick in a 4-1 win for Posh back in 2017 with former Newcastle United centre back Steven Taylor also on target. It was Taylor’s first goal for the club. You can watch highlights from that game on the club’s Twitter page. 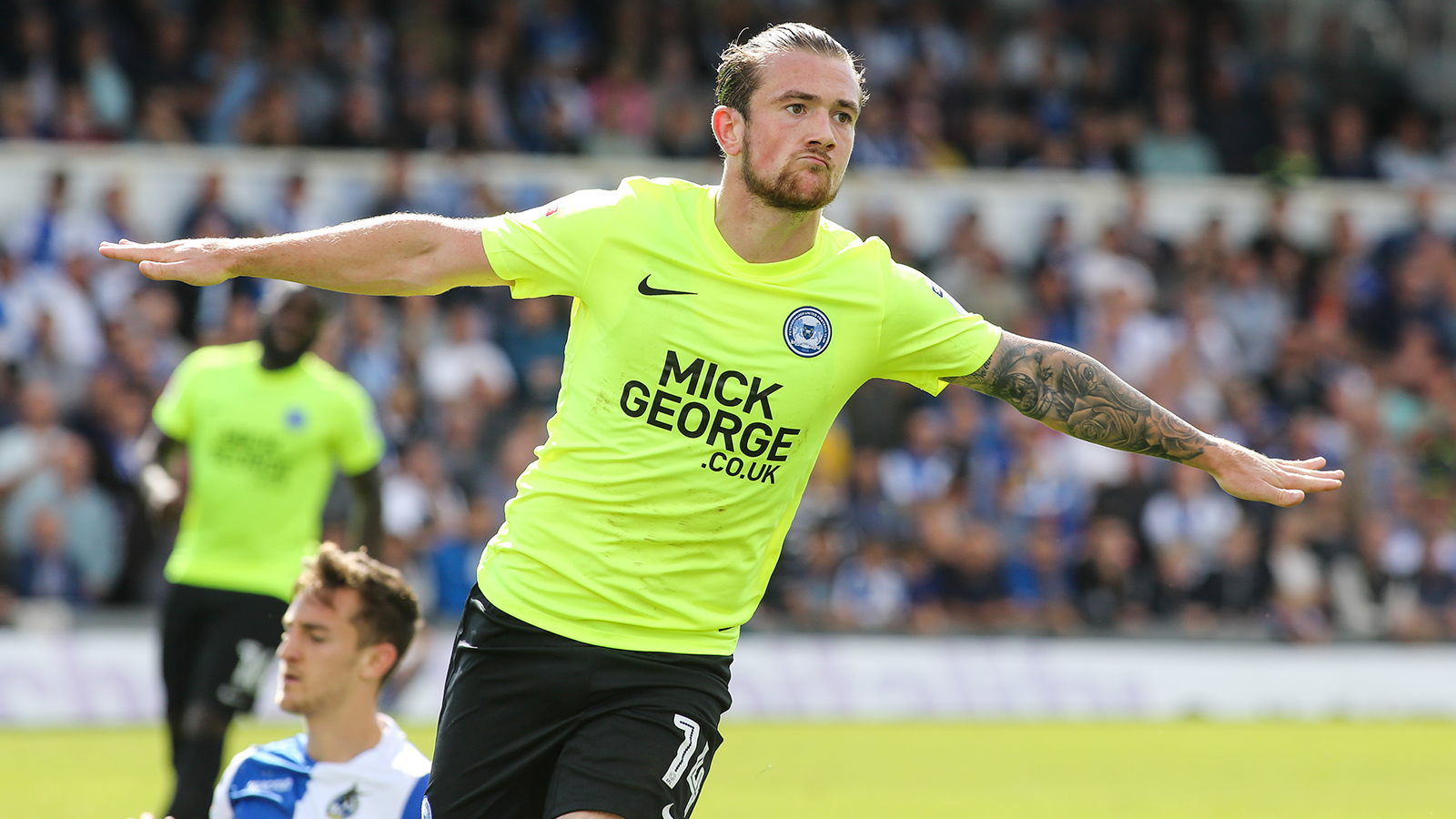 Posh will be wearing the black away kit for the fixture.