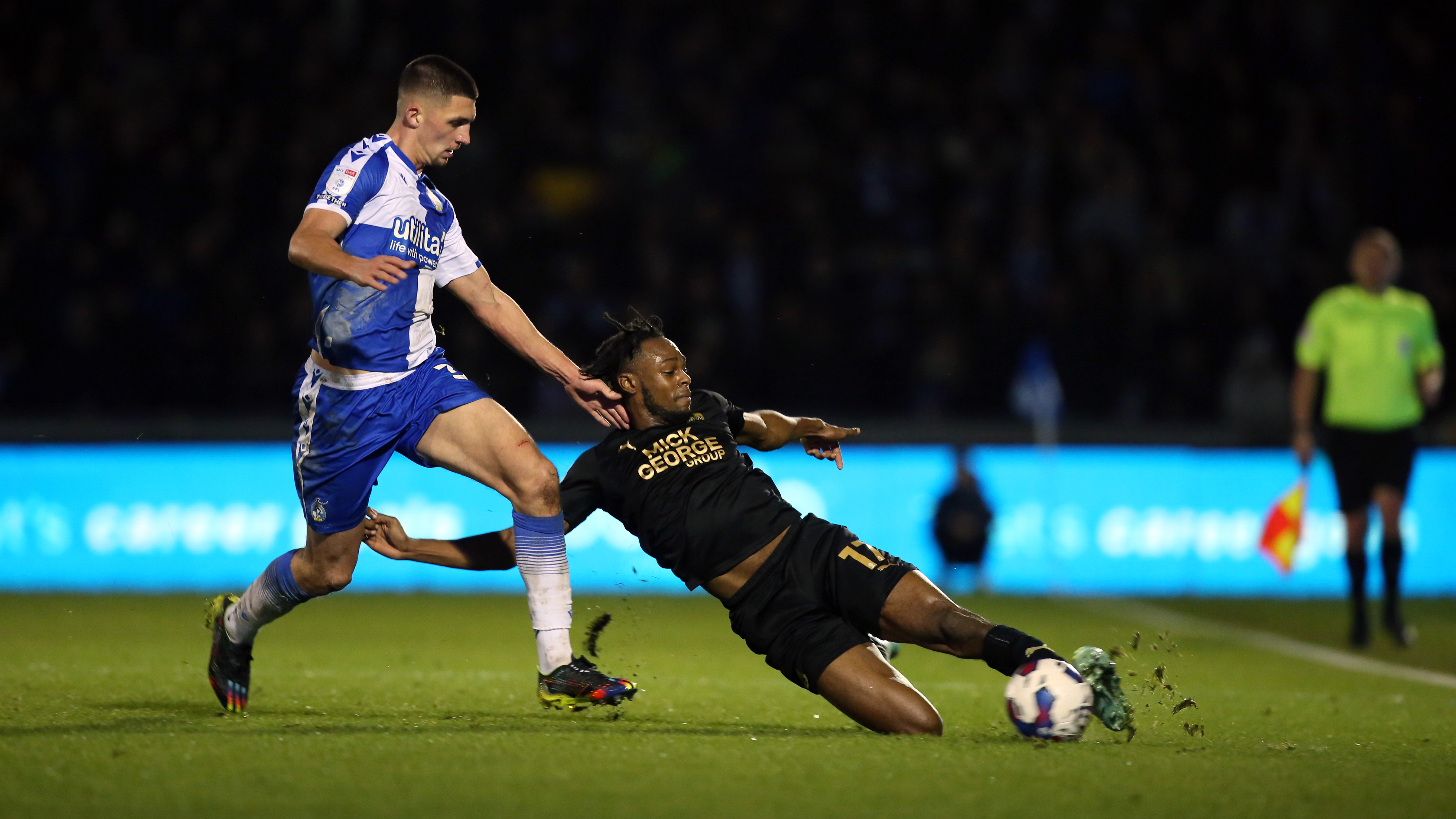 Bristol Rovers scored the only goal of the game to earn a 1-0 victory over Peterborough United.

Peterborough United were beaten 1-0 by Bristol Rovers at the Memorial Stadium as Scott Sinclair’s well-taken goal earned Joey Barton’s men all three points on a day where defender Ronnie Edwards was shown a red card.

On 18 minutes, Mason-Clark fired well wide after initially doing well to take down Marriott’s dinked cross to the back post. Anthony Evans fired wide and over within 60 seconds as the Pirates carved out shooting opportunities around 25-yards from goal.

Bergström dived on the loose ball following a driven corner on the stroke of half-time before the referee Peter Wright brought an end to a rather uneventful first 45 minutes. McCann made a change at the break with Ricky-Jade Jones on for Kwame Poku.

Mason-Clark guided a header wide of the target within 60 seconds of the second half re-start after a clever cross to the back post by Academy graduate Harrison Burrows. The deadlock was broken on 53 minutes and it was a slick move from the hosts, which was finished off by former Premier League starlet Scott SINCLAIR.

Posh made a triple change around the hour mark with Jonson Clarke-Harris, Ben Thompson and Joel Randall introduced – Mason Clarke was one of those to depart with an injury. Posh were reduced to 10-men on 75 minutes as Ronnie Edwards was shown a straight red card for a foul on the powerful Coburn.

Gibbon was denied by Bergström on 80 minutes as the Pirates came close to putting the seal on the victory.                 Clarke-Harris fired a left-footed free-kick over the crossbar two minutes later after good skill from Ben Thompson to win a set-piece.

Burrows sent a tempting set-piece into the box on 87 minutes, but it somehow eluded everyone including the stretching Clarke-Harris and went wide. Ben Thompson then produced a superb last ditch tackle at the other end to deny Evans who was bustling through.

Jones had a chance to level the scores as the game moved towards eight minutes of added time from a Burrows pass, but his shot was repelled by Belshaw.