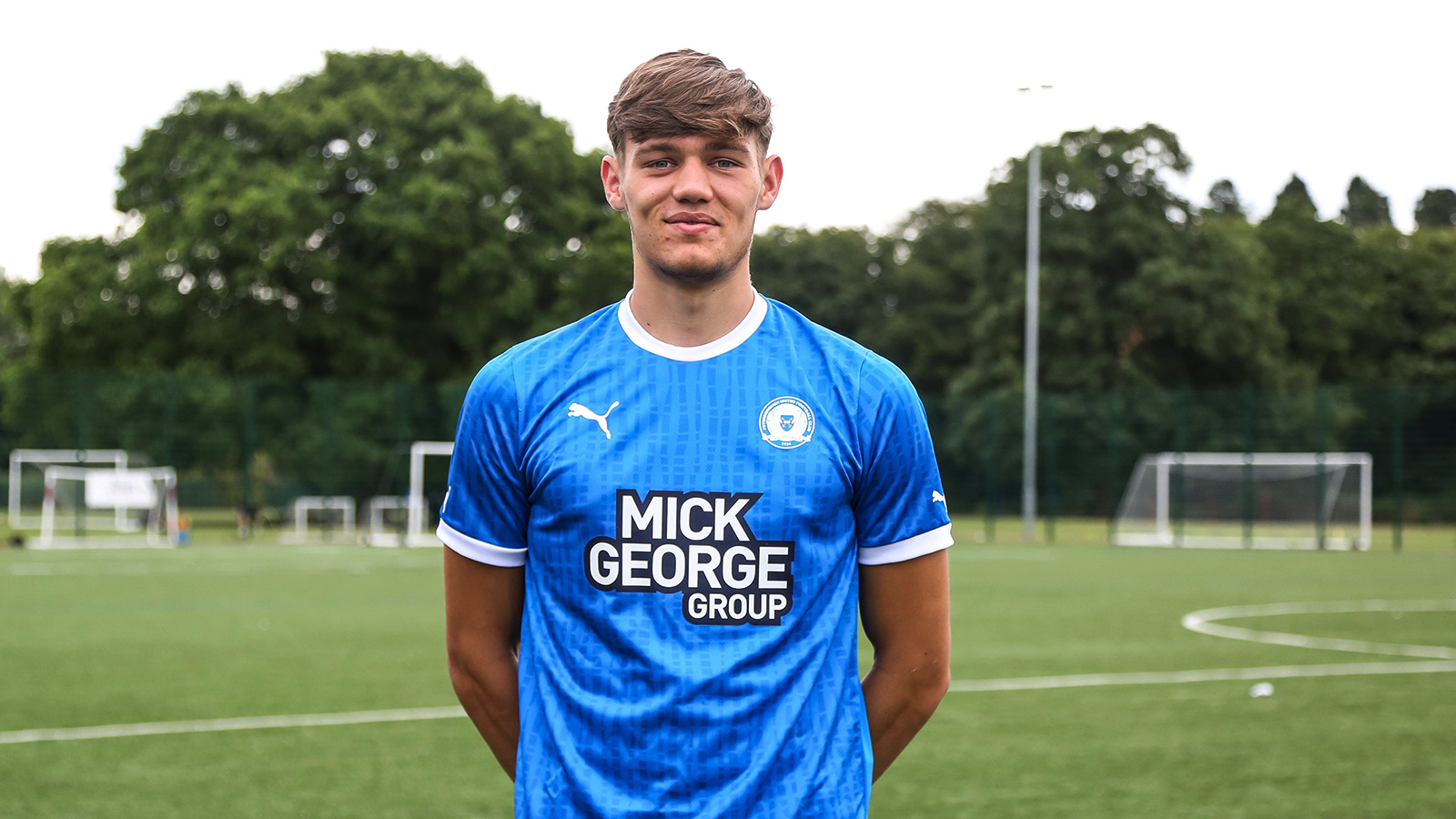 Under 21 group strengthened squad ahead of the 2022/23 campaign.

Peterborough United have bolstered their defensive options within the under 21 group with the signing of Ashton Fox on a two-year deal with the former Dereham Town player completing the paperwork at idverde Training Ground.

Fox, who has featured for the England schoolboys football team and was named man of the match on his competitive debut for the side earlier this year, made his senior debut for Dereham Town in his last year at under 18s level. The club, Personal Best Soccer, Dereham Education & Soccer Academy (DESA) and Northgate High School (both part of Unity Education Trust) maintains an excellent relationship with Posh, with the defender following Frazer Blake-Tracy and Gabriel Overton in becoming the third player from the player pathway system in joining the under 21s group.

The defender believed it was the right time for a new challenge in his career. “It is a dream come true, working all these years to achieve this moment, it’s a really good feeling to sign for the club. Having signed quite early into pre-season gives me enough time to get familiar with the players and management team in preparation for the new season. When I first came here on trial, I felt a real family feeling around the club and the first team players, staff and coaches all speak to you. The management staff have all been fantastic in welcoming me.

“You look at the likes of Ricky-Jade Jones, Harrison Burrows and Ronnie Edwards, who have all come through the academy system and now playing regularly for the first team, so that was a really good attraction point. Being a defender, seeing what Edwards has done with his career at Posh and recently with England U19s squad, that’s someone who I can look up to during my time at the club.

“It was a difficult decision to step away from Dereham Town, especially being a Dereham lad myself, I have grown up in the town and played for them at grassroots, and DESA during my college years. The coaching I have had there has helped me get to this point today, but now I know that I’m at that point in my career where I have to kick on and push myself further and really looking forward to getting started now.”

Academy Manager Kieran Scarff was thankful to Dereham Town for their co-operation in getting this deal done: “I am delighted to have Ashton on board with us for the new campaign. He was with us all last week and played in the game on Saturday against Yaxley, he really impressed us obviously with his ability but, more importantly, his character and attitude and the way he applies himself.

“We have known about Ashton for some time, he came in on trial with us at 16 and unfortunately he didn’t get a youth team contract with us at the time. But he has gone away and continued with his education, developed massively, especially in physical size. We have a good relationship with the people at Dereham Town, a programme called DESA and Tom Parke, who has been a really good contact for us.

"It was Tom who flagged up that Ashton was doing really well and a few clubs had shown some interest, obviously after playing for the national schoolboy's team and captaining that team while playing senior football with Dereham, which has obviously helped him in his development. So a massive thank you to Tom, Lee Perry and Dereham Town for their support during the process, which has been very beneficial over the last few years and this is another great example.”