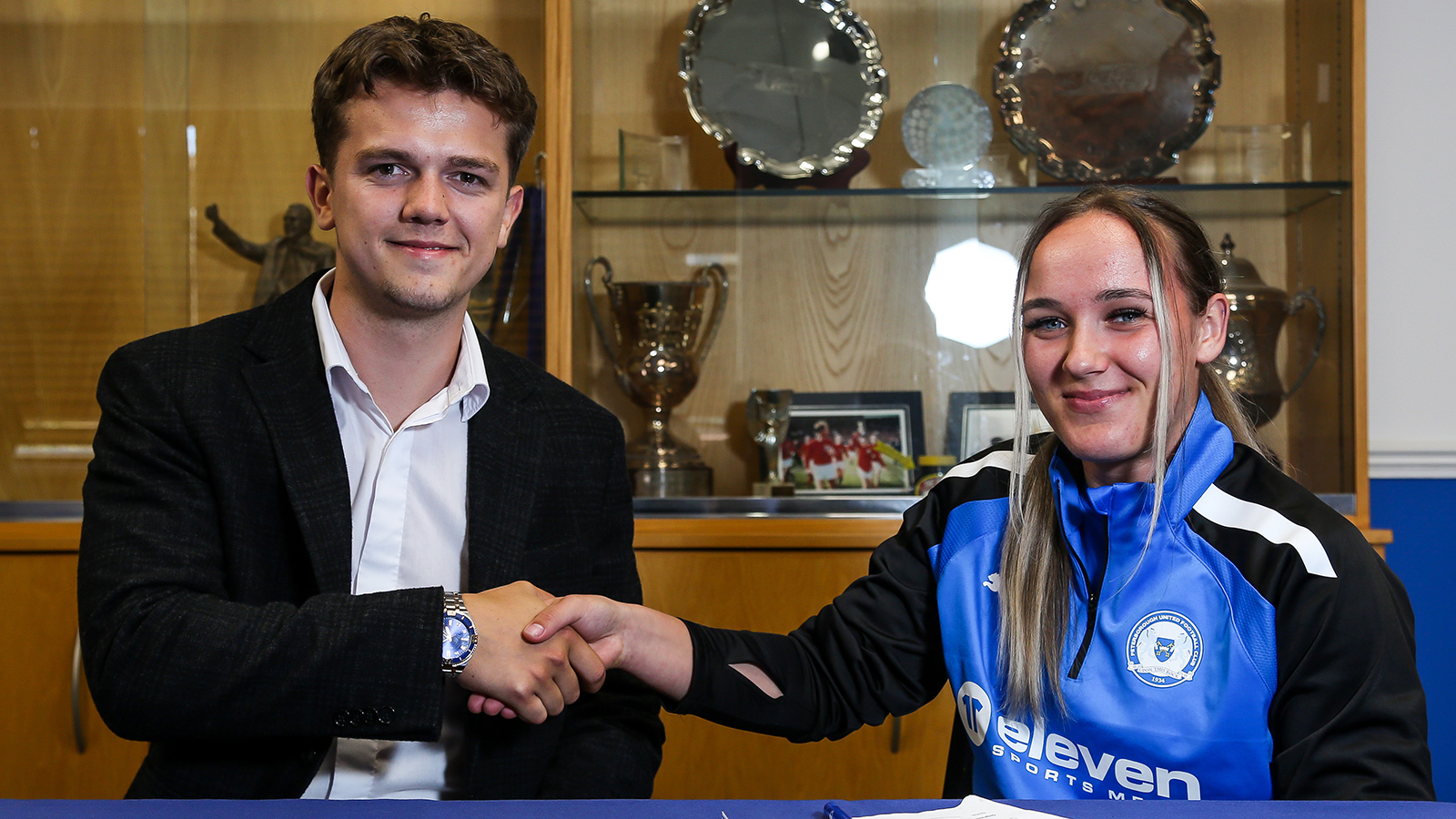 Peterborough United Women have bolstered their forward areas with the signing of former Leicester City forward Zaiga Lacite, who becomes the eleventh player to agree terms with the club for the upcoming campaign.

Lacite, who dropped down to Coalville Town Raventtes last season due to location, where she netted 15 goals in 15 appearances, becomes manager Dan Lawlor’s fifth signing of the summer and adds exciting competition in the forward areas.

The forward, who can operate as a number nine or behind the striker, spent the last two seasons in and out of The Foxes’ first team, initially making her competitive debut in 2019 against Manchester United in the FA Women’s Continental Tyres League Cup.

She recently received an international call-up to Latvian National Team for a training camp in May after some impressive performances at the back end of last season, and Lawlor is excited to have another top young talent in the squad.

Lawlor said: “Zaiga is an attacking midfield player that can also play as a nine. Her technical ability is off the scale, she’s excellent with the ball in tight spaces, has a great change of pace and offers us a lot of creativity. Another young, exciting talent who will add more depth to the squad and helps us reach our ambitions for the upcoming campaign.”

Lacite said: “I’m pleased to have signed for the club and excited for the new season. The professionalism of the club and how organised it is made me want to come here. They have only recently offered terms to players, so it’s a privilege that the club have shown faith in me by offering me terms for next season. I’m grateful for the trust shown in me by Dan and Bobby.

“These last few months have been quite whirlwind. Obviously signing for Posh, but also the honour of being called up to the Lataivan national team in May for a training camp was an unforgettable experience. It was difficult to leave Leicester City after some great memories, including making my debut against Manchester United a couple of years ago, but I believe the time was right to search for more first team minutes and I can’t wait to get started for the new season.”

Lacite joins former Leicester City player Tara Mae Kirk in signing for the club ahead of the 2022/23 campaign, with Eden Bailey, Kira Markwell and Jess Evans also arriving at Posh over the last few weeks ahead of preparations for the 2022/23 FA Women's National League campaign.