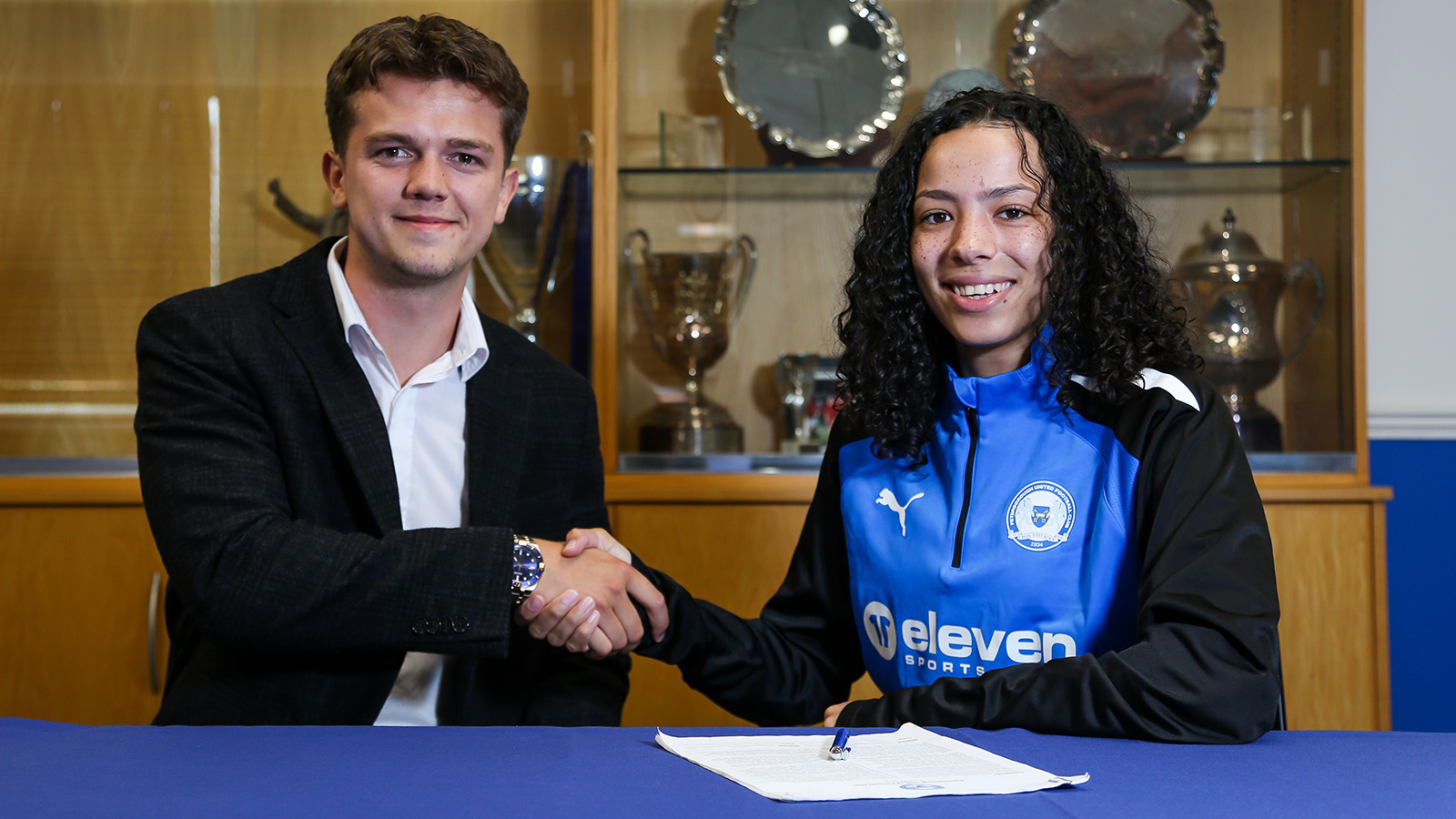 Peterborough United Women have bolstered their squad for the 2022/23 FA Women’s National League campaign with the signing of former Birmingham City U23 Eden Bailey, with the midfielder committing her future to the club after agreeing terms for next season.

Bailey, who made 12 appearances for The Blues academy side last season, becomes manager Dan Lawlor’s third signing of the summer, also the ninth player to have put pen to paper, and will add healthy competition in the midfield area.

The midfielder, who can operate on either wing, has had spells at Manchester United, Tottenham Hotspur, Aston Villa, Milwall, and London City Lionesses, before joining Birmingham City and has received two call-ups to Jamaica international training camp.

Lawlor on the arrival of Bailey: “Eden comes in with plenty of experience at a higher level. She’s sharp, raw, and I have no doubt she will cause teams lots of problems with her talent. She has been briefly training with us since the back end of last season and seems a lovely girl who has been working hard to get back to full fitness. I’m really excited to have Eden with us next season and a massive boost as I wanted more attacking options.”

Bailey said: “I have wanted to sign for Posh for the last two years, so this is quite a big moment for me to have finally put pen to paper and join the club. The last couple of years have been rough, it made me question whether I want to continue playing, but when Posh came about and knowing their aspirations, I felt I could do this again. Bobby and Dan have been excellent, whenever I have had any doubts they have both been reassuring, and what they have brought into the club, in terms of development and ambitions, was a major selling point for me.”

“Being at different clubs like Manchester United and Spurs brings a slightly different style of play and having that experience can allow me to mix with players with a completely different background to me and hopefully learn something from them. The club already have some excellent attacking-minded players, so I’m looking forward to getting out on the pitch with them and helping the club reach their targets this season.