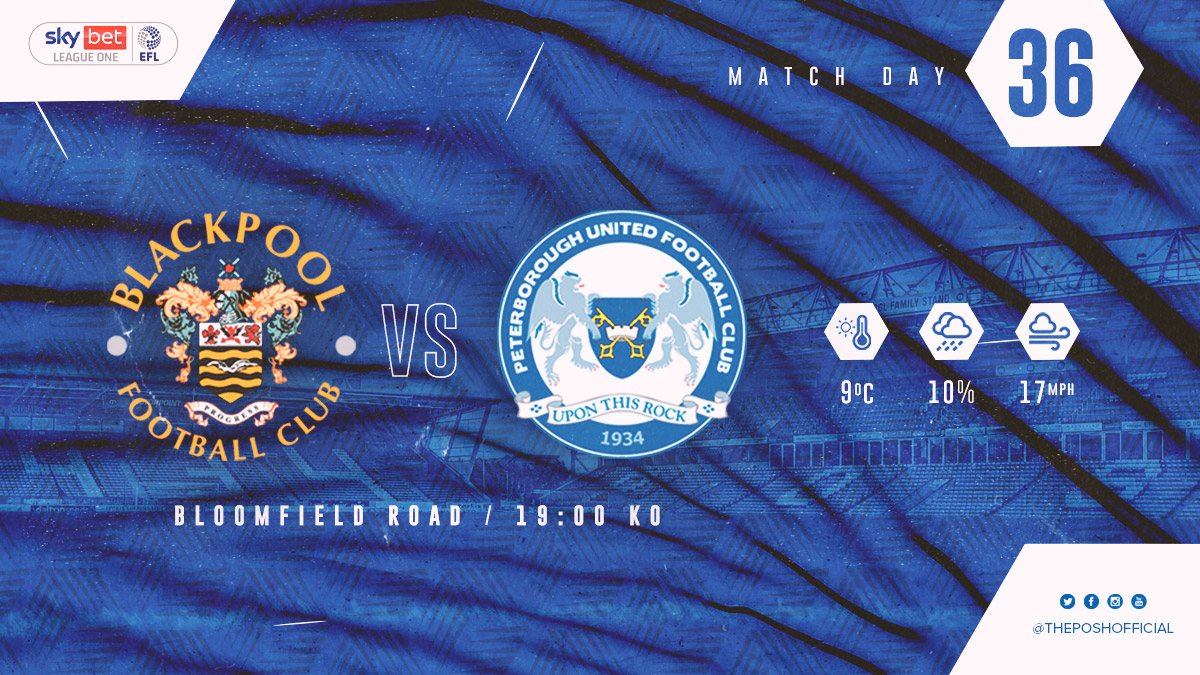 Posh are back up north on Tuesday with a trip to face Blackpool (7pm).

Peterborough United travel to Bloomfield Road on Tuesday evening to face in-form Blackpool in the latest Sky Bet League One fixture with Darren Ferguson’s men looking to build on the first half display at the Crown Oil Arena on Saturday rather than a largely forgettable second 45 minutes.

Posh drew 3-3 with Dale while Blackpool were 2-0 winners at Oxford United, a result that boosted their own play-off hopes after an excellent run of form. This fixture is the game in hand for both clubs and a win for either would strengthen their hopes of reaching their targets at the start of the campaign.

Harrison Burrows, who missed the weekend draw due to fatigue after his first 90 minutes in a while, is available for selection while Sammie Szmodics came through an hour against Rochdale without any issues. Siriki Dembele is still nursing a problem, but managed to complete the 90 minutes on Saturday.

Jack Taylor (hamstring) and Ronnie Edwards (thigh) are still out but both are making decent progress in the rehabilitation. For Blackpool, they are waiting on news on Matty Virtue, who was forced off in the win at Oxford. Danny Bollard is away on international duty, but other than that, Blackpool have no fresh injury worries to contend with.

“Whenever you travel to Blackpool you know it is going to be a tough game and right now they are in excellent form. This is the game in hand for both clubs, a win for us would be an excellent victory and one for them would bring them closer to the play-off picture. We know that we want to improve the performance, but ultimately, we are going there to win the game,” Darren Ferguson said.

“Peterborough will be a difficult game; we have to come up with a different plan. Let’s go again. Peterborough’s home form is outstanding. We did well to win the game at their place. We were very good that day, we have to be very good again, they have some good players at the top end of the pitch. They are well coached, it is a tough game, but we are in good form, but it is a great game for us to look forward too,” Blackpool boss Neil Critchley said.

You can purchase a match pass for £10 to watch the game from the comfort of your own home via iFollow. Match passes can be purchased below;

Posh will be in the pink kit.