Peterborough United are back on the road on Saturday with a trip north to face Blackpool in Sky Bet League One action (3pm) and it will be a tricky test for Darren Ferguson’s men with the Seasiders unbeaten at Bloomfield Road since October.

Posh go into the clash on the back of two home victories over Crewe Alexandra and Ipswich Town, but with five games out of the next seven on the road, Ferguson is well aware that his team need to start picking up points away from the Weston Homes Stadium.

Blackpool were due to be in action on Tuesday night against Burton Albion, but that clash was called off due to a frozen pitch not long before kick-off. The Seasiders have had their playing surface covered since then and are working hard to ensure the game goes ahead despite the continued cold snap.

Siriki Dembele remains a doubt for the game after missing Tuesday’s win with a sore knee. Due to the freezing temperatures this week, Posh have been unable to get onto the training ground to give a fitness test to the former Grimsby Town man, so he will be assessed on Friday ahead of the trip north. Ronnie Edwards (thigh) remains sidelined.

Blackpool midfielder Matty Virtue is expected to return for the hosts after a spell on the sidelines, while Ethan Robson could also come into the squad. The Seasiders had a number of knocks and niggles going into the scheduled Tuesday fixture, but with that game postponed, all are likely to return to fitness apart from flying winger CJ Hamilton.

“Whenever you go to face Blackpool away from home, with fans or without fans, you know it will be tough and we know the conditions will be difficult, it will be cold and they have an excellent home record, but we have to find a way. It doesn’t really matter if we come back on the bus following a 1-0 win or a 4-3 win, any victory will be welcome. It has been difficult this week with the weather conditions, it has prevented us from doing much work with the players and we haven’t been able to have a look at Siriki, so he remains a doubt,” Ferguson said.

“Obviously with not playing the other night, certain other players can just rest and brush down some of the knocks and bruises they've had and be ready to go against Peterborough,” Blackpool boss Neil Critchley commented.

Match passes for the game are available on iFollow priced at £10. We would like to thank supporters for their continued backing during lockdown. To buy a pass for Saturday’s game click the below link:

Blackpool condemn sloppy Posh to a 3-1 defeat at Bloomfield Road.

It wasn’t an ideal start for Posh as the hosts opened the scoring inside the opening minute as Jerry YATES fired home from 25-yards past Christy Pym and into the back of the net. Pym was adjudged to have handled outside of the area on seven minutes following a long ball forward, but it was wide and referee Robert Madley decided the free-kick was punishment enough.

Mitchell fired a free-kick over the crossbar on 12 minutes after Butler was penalised for a foul on Kaikai. Yates fired wide of the near post moments later as Blackpool continued to dominate. Reece Brown was cautioned for a foul in the centre circle on Kaikai on the quarter hour mark as the frustrations grew. Kent followed him the book for a needless shirt tug on Kaikai as Mitchell’s low effort was collected by Pym.

Sammie Szmodics saw a shot on the turn go wide of the target after Mark Beevers had knocked down a clipped Ward free-kick. Deep into first half stoppage time, Posh drew themselves level as a deep Szmodics cross was volleyed back across the keeper by WARD with the ball clipping the inside of the post before finding the back of the net.

Grant Ward was cautioned for a foul on Thompson two minutes into the second half as the Posh defender advanced with the ball into midfield. Clarke-Harris headed the resulting free-kick from Ward over the bar from around 15 yards.

On 50 minutes, the hosts were back in front as a Garbutt corner was spilled by Pym, the resulting effort was blocked by the hand of Hamilton, who was cautioned and YATES converted the penalty, sending Pym the wrong way from the spot.

Just before the hour mark, Blackpool made it 3-1 as GARBUTT was allowed all the time in the world to work a short corner and fire a shot into the corner via a deflection. Darren Ferguson made a double change on 67 minutes with Harrison Burrows and Niall Mason replacing Butler and Hamilton.

Posh wanted a spot-kick on 78 minutes as Szmodics was upended in the box, but despite looking straight at it, the referee failed to give the decision. Mo Eisa replaced Szmodics moments later before Ferguson was cautioned for dissent, angry at that decision that didn’t go in his side’s favour.

Eisa had the ball in the back of the net from a Burrows centre, but the offside flag was raised and the goal as chalked off. 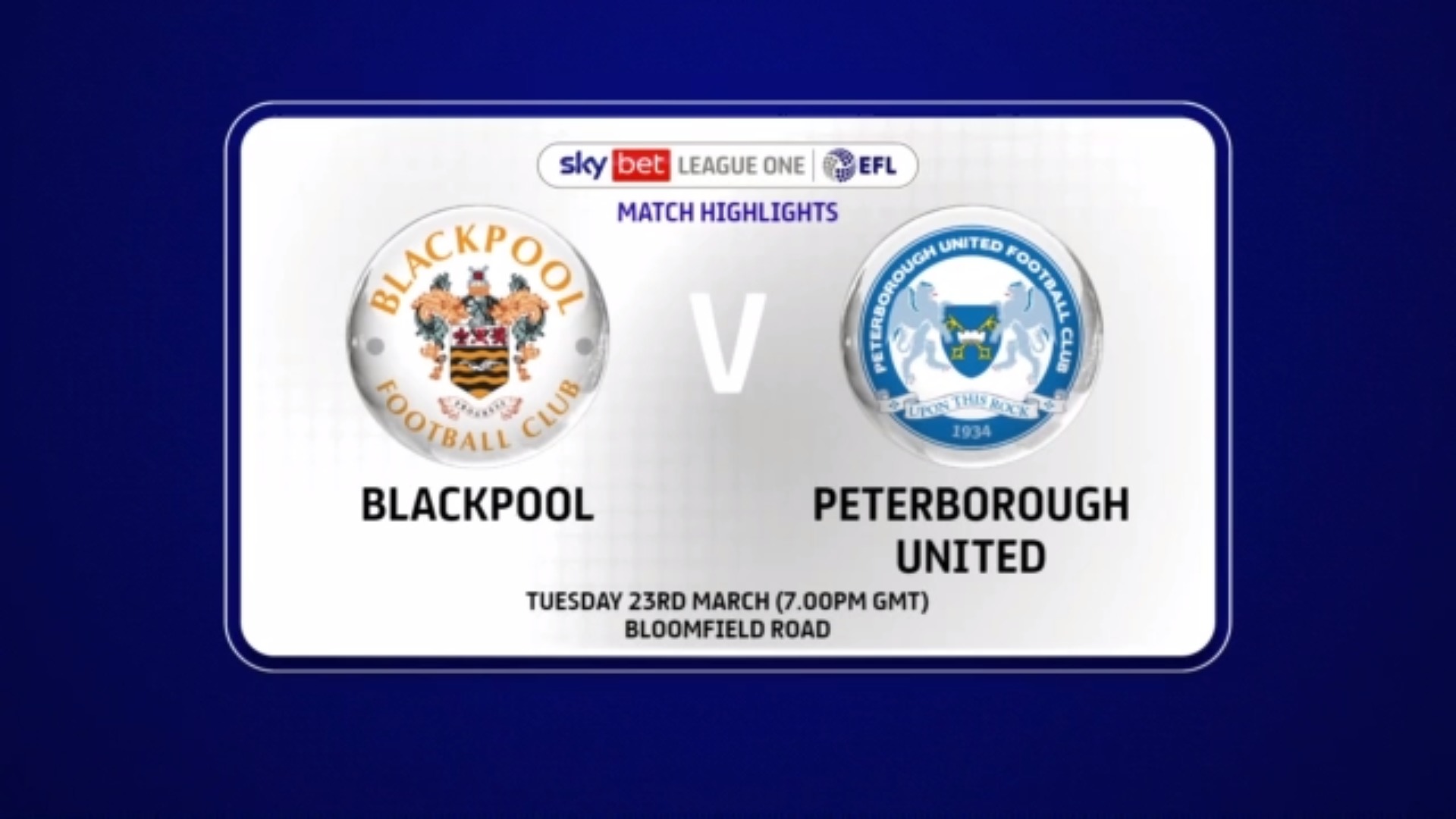 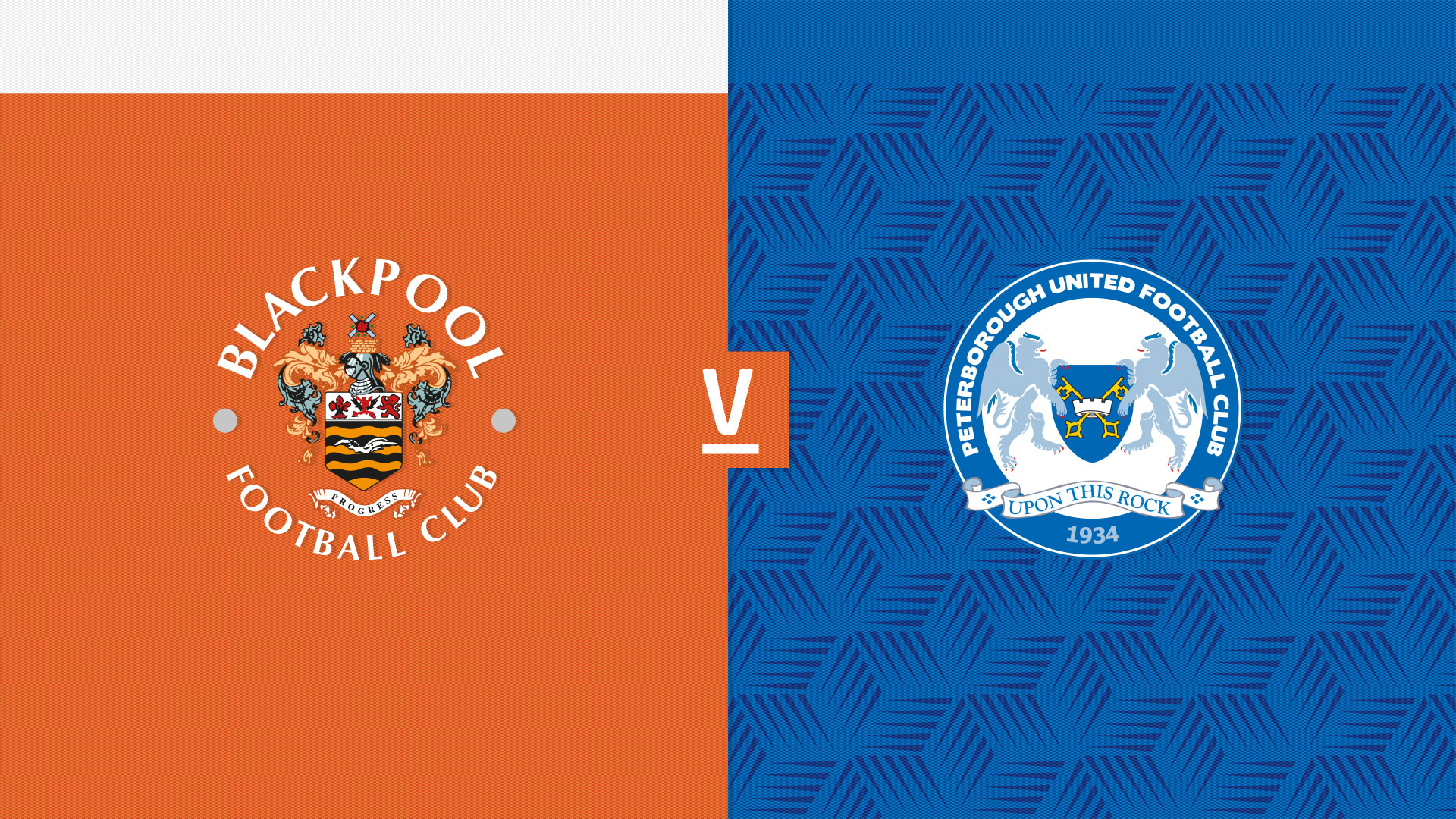 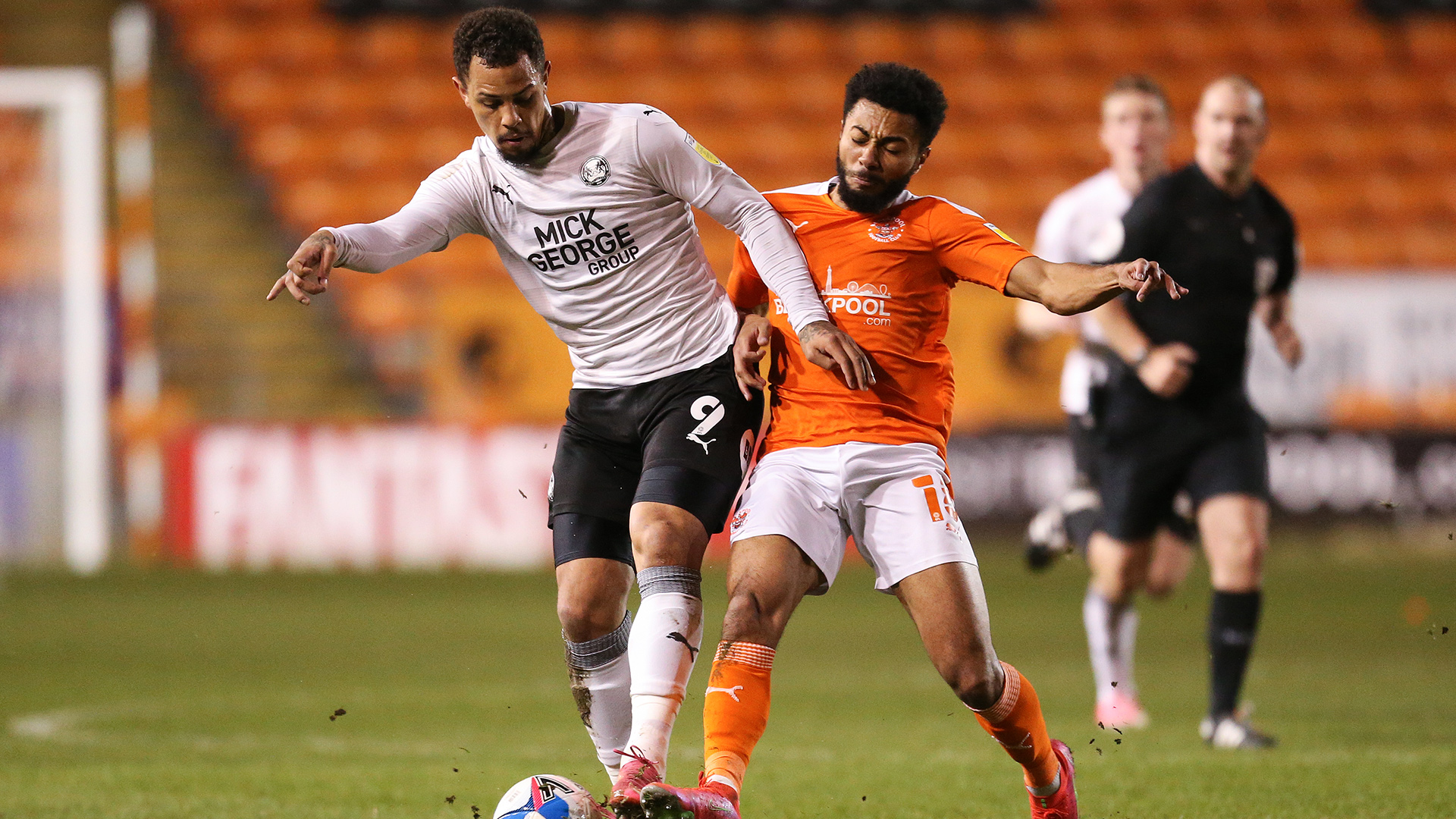