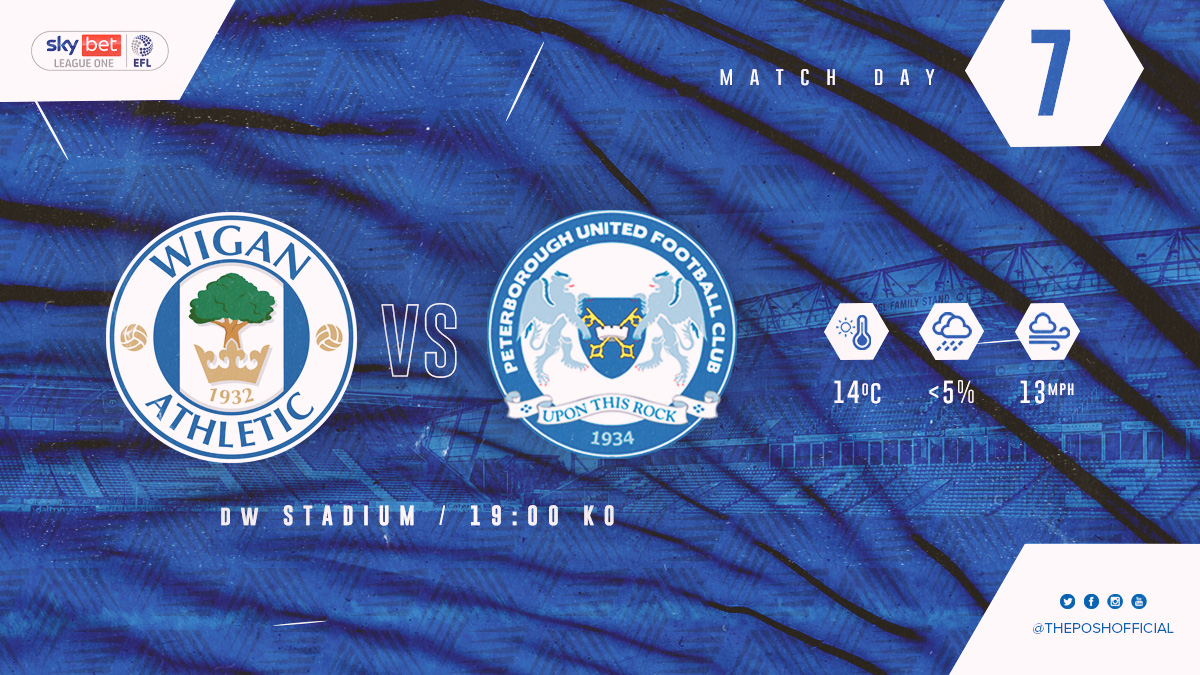 Posh are back in action on Tuesday evening with an away game at Wigan Athletic.

Peterborough United are back in Sky Bet League One action on Tuesday evening (7pm) with a trip north to face Wigan Athletic at the DW Stadium and Darren Ferguson’s men will be looking to build on their first away success of the campaign at Northampton Town when they face the Latics.

Wigan were beaten 1-0 by Charlton Athletic last time out, while Posh recorded an impressive 2-0 victory over Oxford United, the third successive win for Ferguson’s charges who are currently inside the top six in the League One table.

Posh are without the services of teenage front man Ricky-Jade Jones due to a muscular injury. The Academy graduate has undergone an operation and will be out until at least Christmas. He is back in the building and beginning the slow rehabilitation process.

Ferguson was asked about potential squad rotation as the busy League One schedule takes hold and admitted he would have to bear that in mind when it comes to the starting line-up. “We have to listen to the players and look at the data because it is an incredibly busy time with fixtures so the whole squad will need to be ready, and they will,” Ferguson commented.

Wigan have lost a lot of the players that served them in the Championship, but they are still full of experienced players with striker Joe Garner a prolific goalscorer in his career. Defender Tom Pearce could come back into the squad after missing the weekend defeat with a groin injury. Gavin Massey could continue at right-back if he is ruled out.

“Wigan have lost a lot of Championship players, but they still have a very good squad for League One. It is a big pitch up there, but we are looking forward to the game and the squad is in a good place at the minute following three wins in a row. Wigan have an experienced manager in John Sheridan, and we will need to play well to get a positive result,” Ferguson said.

The pink away strip will be making its debut for this fixture.

iFollow match passes for the game are available to buy now, priced at £10. You can purchase a pass here.