Posh are back in action on Tuesday evening with an away game at Wigan Athletic.

Peterborough United are back in Sky Bet League One action on Tuesday evening (7pm) with a trip north to face Wigan Athletic at the DW Stadium and Darren Ferguson’s men will be looking to build on their first away success of the campaign at Northampton Town when they face the Latics.

Wigan were beaten 1-0 by Charlton Athletic last time out, while Posh recorded an impressive 2-0 victory over Oxford United, the third successive win for Ferguson’s charges who are currently inside the top six in the League One table.

Posh are without the services of teenage front man Ricky-Jade Jones due to a muscular injury. The Academy graduate has undergone an operation and will be out until at least Christmas. He is back in the building and beginning the slow rehabilitation process.

Ferguson was asked about potential squad rotation as the busy League One schedule takes hold and admitted he would have to bear that in mind when it comes to the starting line-up. “We have to listen to the players and look at the data because it is an incredibly busy time with fixtures so the whole squad will need to be ready, and they will,” Ferguson commented.

Wigan have lost a lot of the players that served them in the Championship, but they are still full of experienced players with striker Joe Garner a prolific goalscorer in his career. Defender Tom Pearce could come back into the squad after missing the weekend defeat with a groin injury. Gavin Massey could continue at right-back if he is ruled out.

“Wigan have lost a lot of Championship players, but they still have a very good squad for League One. It is a big pitch up there, but we are looking forward to the game and the squad is in a good place at the minute following three wins in a row. Wigan have an experienced manager in John Sheridan, and we will need to play well to get a positive result,” Ferguson said.

The pink away strip will be making its debut for this fixture.

iFollow match passes for the game are available to buy now, priced at £10. You can purchase a pass here.

Posh record first ever victory at Wigan Athletic with 1-0 success at the DW Stadium.

Peterborough United secured all three points and a fourth successive Sky Bet League One victory as a Jonson Clarke-Harris strike in the first half secured a 1-0 victory over John Sheridan’s Wigan Athletic.

The experienced Kal Naismith had the first effort of the contest, his left-foot curler was pushed around the post by goalkeeper Christy Pym for the game’s first corner kick, which ultimately came to nothing. Defender Dan Butler was cautioned by Ross Joyce on six minutes for what Wigan perceived to be quite a high challenge on Naismith.

Posh perhaps should have made it 1-0 on 13 minutes after wonderful skill from Dembele saw him burst into the box, but his deflected cross was side-footed wide by Joe Ward when well placed in the penalty area.

Dembele then saw a low strike from 25-yards well held by Jones after Thompson had won the ball high up the pitch for Darren Ferguson’s men. On 27 minutes, Posh opened the scoring, it was a move that was patient in it’s build-up but when Dan Butler floated a cross into the box, Jonson CLARKE-HARRIS took it on his chest and volleyed past Jones for his third goal for the club.

Posh made a change on 35 minutes with Niall Mason replacing Butler who had been penalised for several indiscretions after his early booking. Skipper Beevers powered a header over from a Ward corner kick moments later.

Brown fired wide on the stroke of half-time before referee Ross Joyce did bring an end to the first half at the DW Stadium. Taylor saw a low drive from 25-yards well gathered by Jones after good work from Clarke-Harris and Szmodics in the build-up.

Reece Brown was denied by a smart reflex stop from Jones just before the hour with Szmodics follow-up deflected over the top. Massey was yellow carded for a tug back on Dembele on 65 minutes as Posh broke at pace.

Pym did well to beat away a snap-shot from Evans on 66 minutes before there was a stoppage in play as Ward received treatment following a heavy challenge. Clarke-Harris fired a free-kick over the crossbar on 74 minutes after Kent was upended.

As the game ticked into four minutes of added time, the home side came desperately close to a leveller as a Naismith effort eluded everyone and clipped the outside of the post. Clarke-Harris was denied deep in stoppage time as a piledriver was shovelled clear by the keeper before the referee brought an end to the contest as Posh made it four wins in a row and three clean sheets in a row. 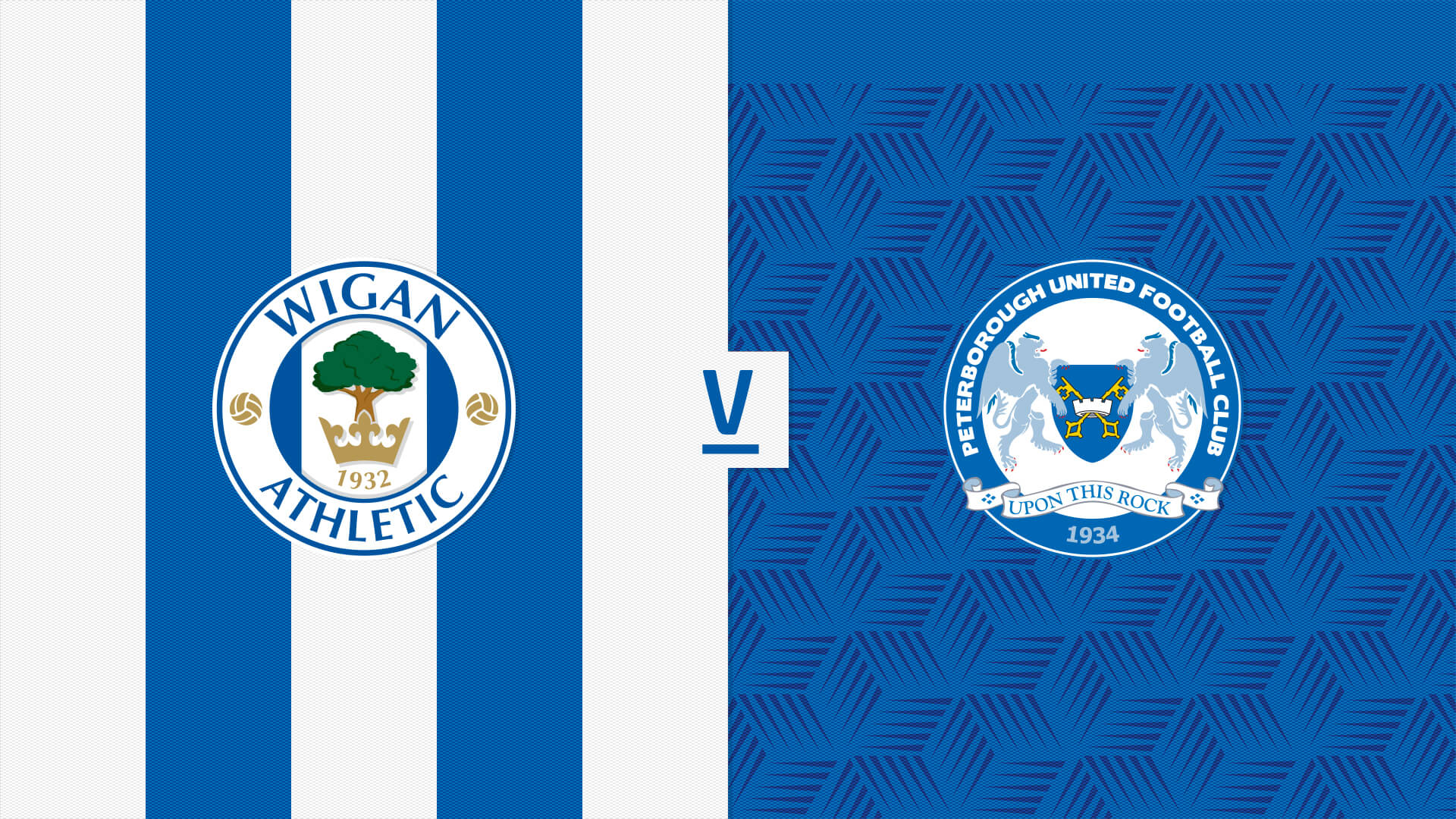 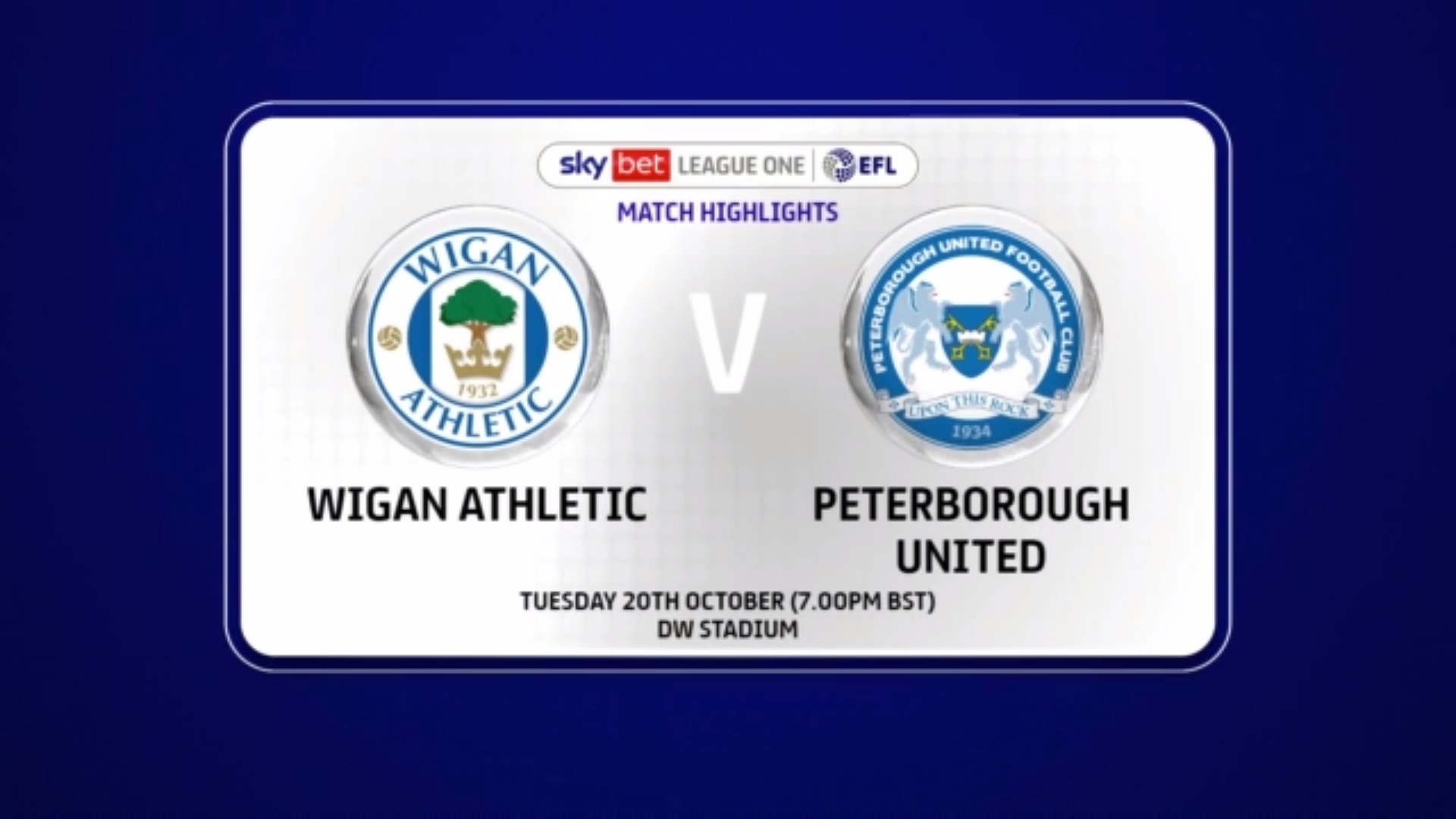 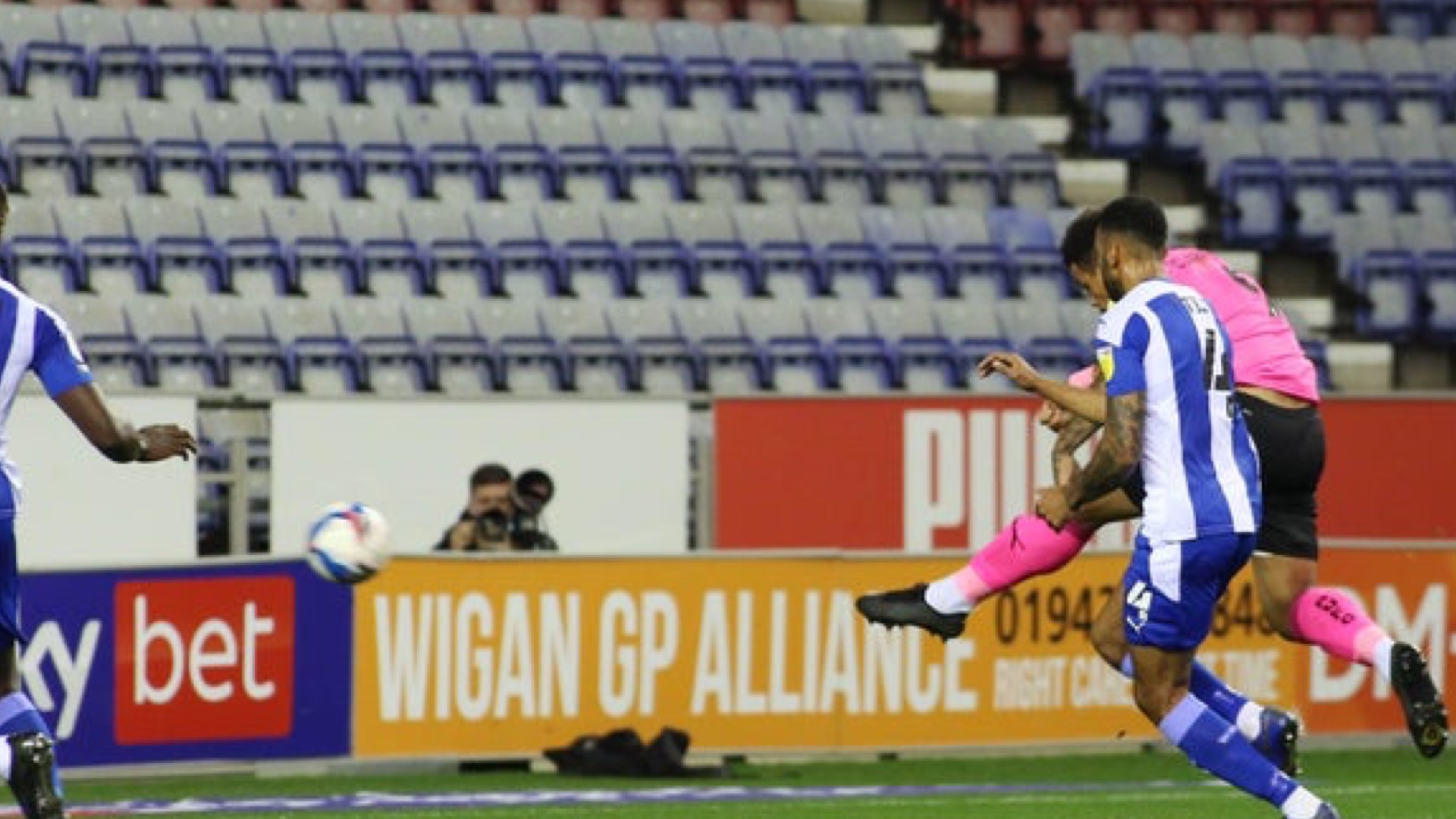