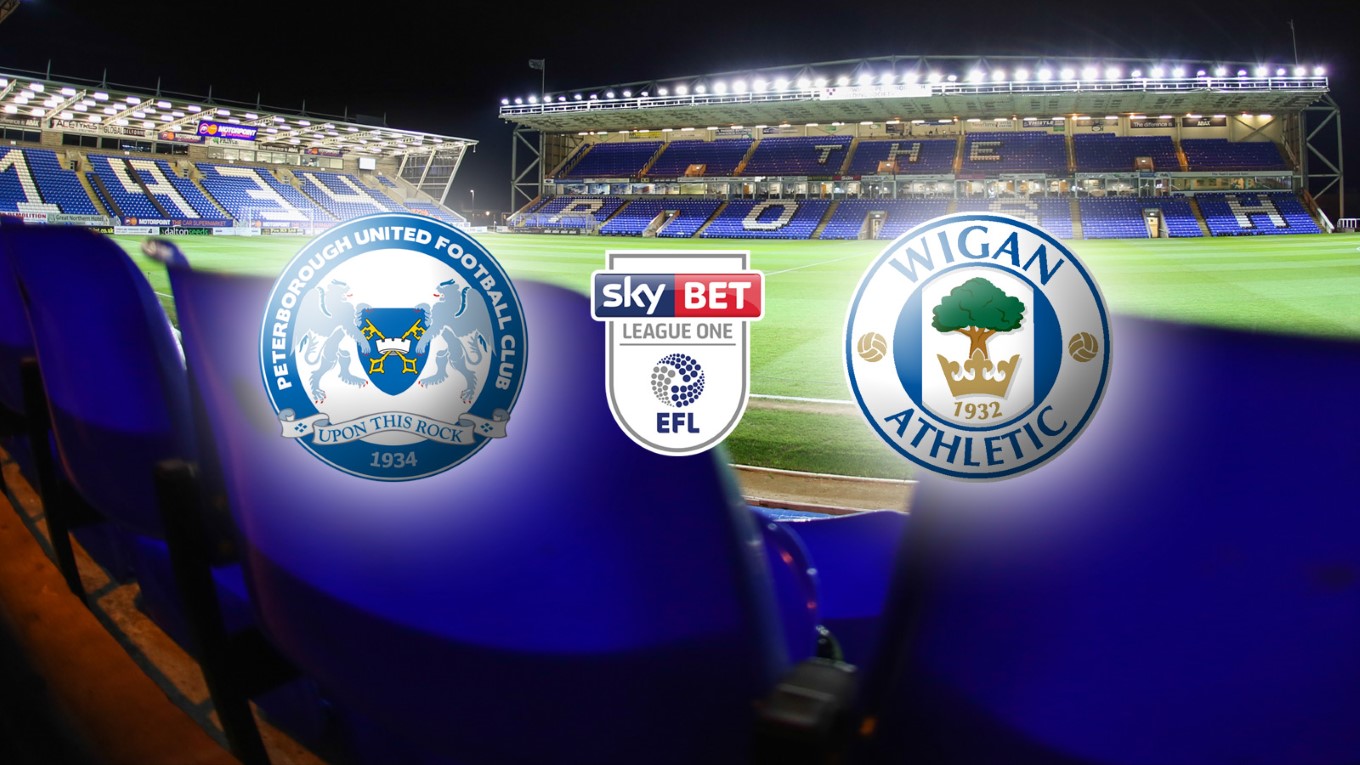 Big match up at the ABAX Stadium on Saturday as second face third in Sky Bet League One.

Peterborough United entertain Wigan Athletic at the ABAX Stadium on Saturday afternoon (3pm) with the Latics leapfrogging Posh in the Sky Bet League One table in midweek following a narrow 1-0 success over Northampton Town at the DW Stadium.

Michael Jacobs scored the winner for Paul Cook’s men against his former club to make it two wins from two for the former FA Cup winners. Posh go into the game on the back of a 1-1 draw with Walsall with Gwion Edwards on target.

Posh are still without the services of midfielder Callum Chettle due to a muscle strain, but manager Grant McCann has not declared any other fitness issues ahead of the weekend. The Posh boss will have a selection dilemma though with substitutes at Walsall, Chris Forrester and Liam Shephard, both performing well.

Wigan will be without midfielder Sam Morsy who collected his fifth booking of the campaign in that win over Northampton Town. Nick Powell has been struggling with injury, but has yet to complete a game for Wigan all season, so he could be named in the squad.

“I want to impose our game on them. They are a good strong side who I expect to challenge for promotion. I watched Wigan play against Northampton on Tuesday and, although it was a quiet sort of game, they have obvious quality, but they were playing against a team content to sit back. When Northampton did come at them they caused problems and I believe we can give Wigan plenty to think about.

“We want to start on the front foot and stay there. We learned a harsh lesson from Bradford about starting slowly as the better sides will punish you. We were 3-0 down quickly in that game and there was no way back. We will take the game to Wigan. We will have the support of another decent home crowd and we want to give them plenty to get excited about.”

Tickets are on sale at www.theposhtickets.com, via the Ticketmaster hotline 0844 847 1934 (calls cost 7ppm plus your network access fee) or in person at the ABAX Stadium Box Office. You can view prices here: https://www.theposh.com/tickets/home-tickets/

The Posh fan zone will be in operation from 1pm with FootDarts, the Speedkick Machine, target zone and face painters all present.  The Trainspotters Mobile Disco will also be in attendance to get fans pumped up for the game.

Their humble little radio show broadcasts from the UK via Peterborough Community Radio. The show airs monthly on a Sunday from 6-8pm - check our website or Facebook and Twitter pages for dates.

Hosted by Chris Duff and Kenny McGregor – they play new and underground music, rarities & oddities, hidden gems, left-field sounds and forgotten classics. Or as Kenny puts it “serving up random audibles for your sonic taste buds!”