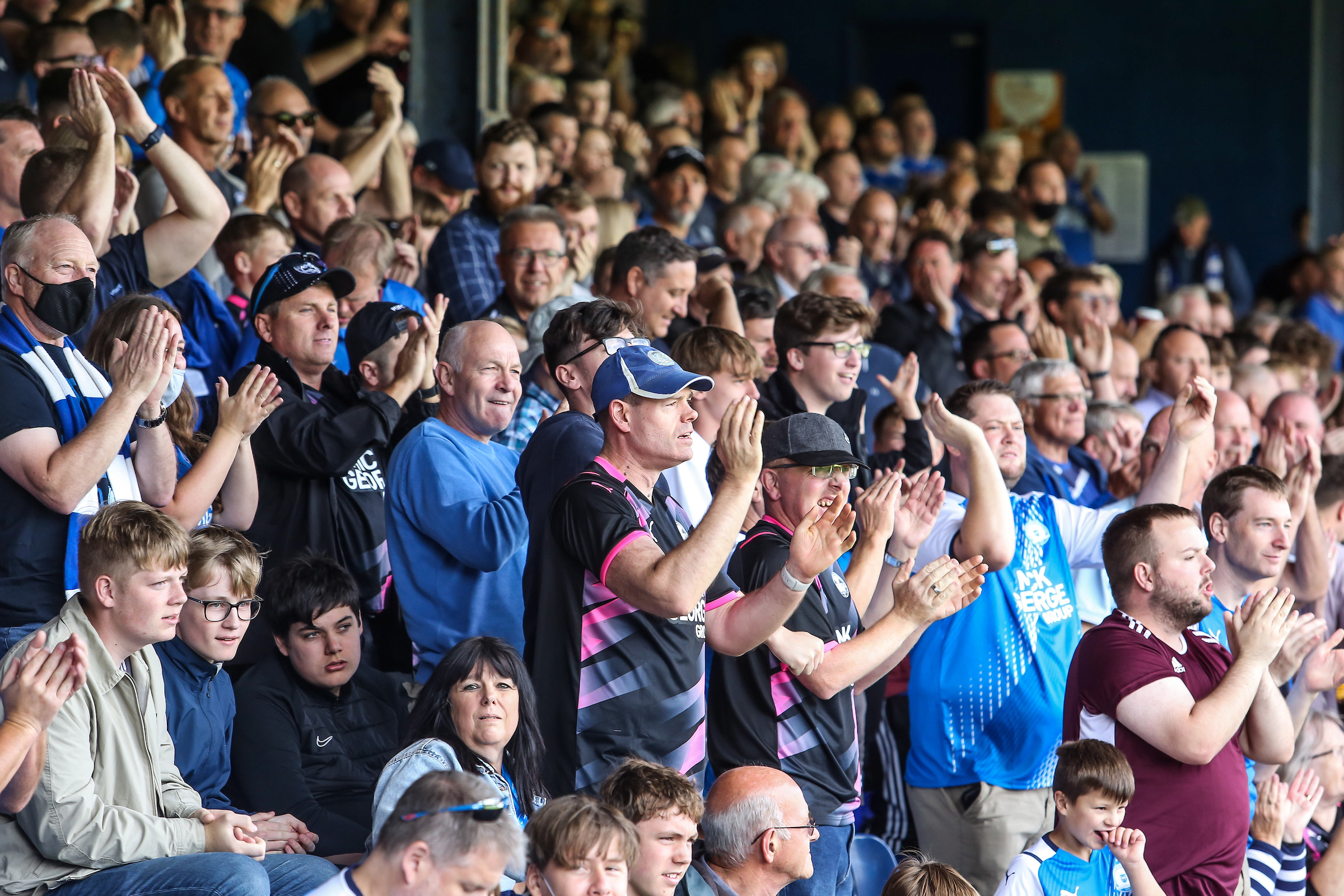 The Posh ticket priority scheme was introduced to recognise the supporters who attend both home and away fixtures giving a fairer priority to purchase tickets for high-demand matches. Fans will accumulate points when purchasing season tickets as well as league and cup match tickets. When tickets go on sale for highly sought-after games, they will be sold in order of points totals, fans holding the most points will be given priority to purchase tickets.

Frequently asked questions about the scheme

How do I join?

All Posh supporters, who are registered on the Club’s database, are automatically entered into the ticket priority points scheme. If you have bought a ticket for a match, online, over the phone or at the ticket office in recent years and have provided your contact details at the time of purchase then your data has been logged giving you a unique Fan ID.

Does this replace the Club Cash loyalty scheme?

No, the current club cash loyalty scheme remains in place and the ticket priority scheme will be a different entity.

How can I find my Fan ID?

For season ticket holders and members, your Fan ID is printed on your card. If you cannot find your Fan ID, then please contact the Posh ticket office on 01733 865674 (option2) or email tickets@theposh.com giving your full name, address and date of birth.

How does this benefit supporters?

When tickets go on sale for high-demand games, supporters with the most points will be able to purchase tickets first. Therefore becoming a season ticket holder, a member (foreverposh or Junior Posh), or attending more matches, both home and away, will mean that you will have a greater chance of being able to attend the fixtures where there is limited allocation.

What are points awarded for?

Season ticket holders will automatically receive points for the 23 league fixtures bought. Tickets purchased for matches will have a points value, whether it is home or away including cup ties. The Club may also run special promotions for additional bonus points throughout the season.

How do I get awarded points?

Points will automatically be awarded when you purchase a ticket quoting your Fan ID. This could be a purchase at the ticket office, over the telephone, or by our online ticketing website. Points will not be awarded for tickets purchased when paying on the day at any away venue. Points can only be awarded once, so if you are making purchases for other supporters please ensure you quote their details in order for them to be awarded their points.

How many points will I get?

Each person (must be assigned when booking multiples) will be issued with the following points:

How do I check how many points I have?

Supporters can view their loyalty points online by the “My Account/Booking History” link on your online account at www.theposhtickets.com

Will points be awarded for other purchases I make?

At present the scheme is focused on recognising attendance at matches.

Can I update my personal details?

Yes and we’d like you to do this whenever any of your contact details change as this helps the Club communicate efficiently. You can change your details in the “My Account” section on www.theposhtickets.com

How do I add people to my 'Friends & Family' so that their points are added to their account when I purchase tickets for them?

Click on 'Manage My Account'. If the supporter is already on the database and has activated their account enter their client reference number and surname under the 'Search for Existing Users' option. If the supporter isn't on the database or hasn't activated their account click 'Register a new user' and submit their details, including e-mail address. Once added to your “Friends & Family”, simply assign tickets to the individual in the basket when purchasing.

As a Season Ticket holder, what happens if I purchase additional tickets for home games?

You will receive 10 extra points (per Fan ID) for any additional match tickets purchased on your account.

I have purchased a hospitality package for a game, do I receive points?

Do I get double points if I am a Season Ticket holder who upgrades to hospitality for a match?

No. Your points are awarded against your seat (which would be moved to hospitality) for that game so only one allocation of points is assigned.

I am a disabled supporter - how will that affect me?

Disabled supporters will be allocated points in exactly the same way. The only difference will be that carers (if required) will not be allocated points. When purchasing tickets for games the Club is advised on the number of allocated disabled seating tickets that are being made available to us. The disabled supporter can then apply for these tickets in the same way as other supporters depending on the points they have accumulated.

How will supporters know how many points are required to attend a fixture?

If there is a game where the points system is required, the club will announce the necessary details on the club’s official website theposh.com. There may be times when a supporter has the correct number of points to apply for tickets on a specific day but they still may be unsuccessful. In such an instance, however, the chance of being allocated a ticket is more likely as there will only be a specific amount of supporters applicable that day.

What if I want to attend with a group of friends for a fixture with a very limited allocation?

When the ticket priority system is in place for a specific game and a family member or friend does not have enough points, the supporters will have to wait until they are on sale to the person with the least points or alternatively, they can be purchased on their respective days. If they do become available for the person with the least points, the Ticket Office will try their utmost to swap the tickets and allocate them together.

Can I cancel tickets?

Tickets can be cancelled in line with the Club’s cancellation policy (available here).  As soon as the ticket is cancelled, the points allocated from that game will be automatically deducted.

What if I don't have my friends/family member's Fan ID number at the time of purchase?

Points will only be allocated once to each customer (even if they purchase a series of tickets). In order to get points, tickets must be purchased under an individual Fan IDs. The Ticket Office cannot retrospectively assign points once the transaction is complete. The club would recommend that supporters add “Friends & Family” within your account in advance.

When do the loyalty points expire?

The points that fans accumulate will be on their accounts for two seasons plus the current season. When the third season ends, points accumulated during the first season will be wiped.

Below is a selection of scenarios on how/why certain points will be allocated:

Scenario 1
Jack is a season ticket holder, he is purchasing four tickets which are now on sale to the general public for an away fixture for himself and three other season ticket holders. The tickets are booked online but allocated to his Fan ID number only. Therefore the supporter will only receive 10 points as opposed to the 40 points which three away tickets would generate. The other three season ticket holders would receive zero points. If Jack then cancels up to three tickets, zero points will be removed. If he cancels the final ticket, then the 10 points will be removed. What Jack should have done to get 40 points (10 points for each season ticket holder) was use the “Friends & Family” function on the ticketing website and allocate each ticket under each individual Fan ID. This method will ensure that all four supporters receive 10 points each.

Scenario 3
Gabby decides to pay on the turnstiles at the London Road Terrace for a home game. She would be allocated zero points as the ticket was not purchased at the Ticket Office, by telephone or online.

Scenario 4
Rita, a non-member, purchases the next three home games which are on general sale. They are all allocated to her own Fan ID. As each home game is worth 10 points, Rita would be allocated 30 points in total (10 points per game).

Scenario 5
Tomasz, is a foreverposh member, he is booking tickets for a home fixture for himself and his two sons who are both Junior Posh members. The tickets are booked under each individual Fan ID using the “Friends & Family” feature. Each fan would receive 10 each under their own client reference number.