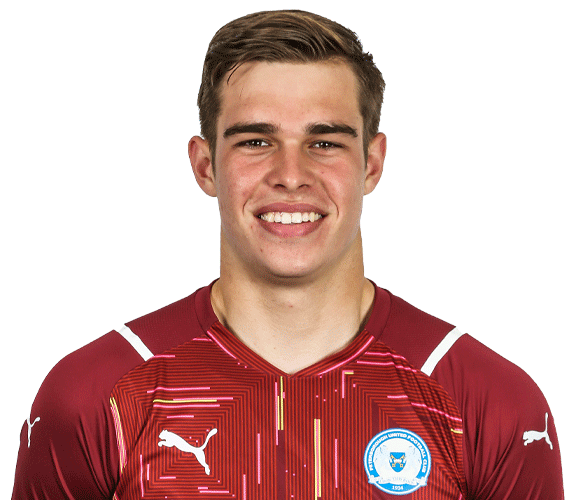 An Academy graduate, Will Blackmore has made the step up from under 18 football to be the number two at the club in the absence of Christy Pym. He made his first-team league debut in a 4-1 victory at Doncaster Rovers on the final day of the promotion-winning 2020-2021 campaign. Is currently learning how to be a pilot, which probably is a first for an EFL player, following in his family’s footsteps of spending time in the cockpit. His banter and mannerisms are often described as ‘eccentric’ by his teammates, but they tend to use the word ‘weird’.