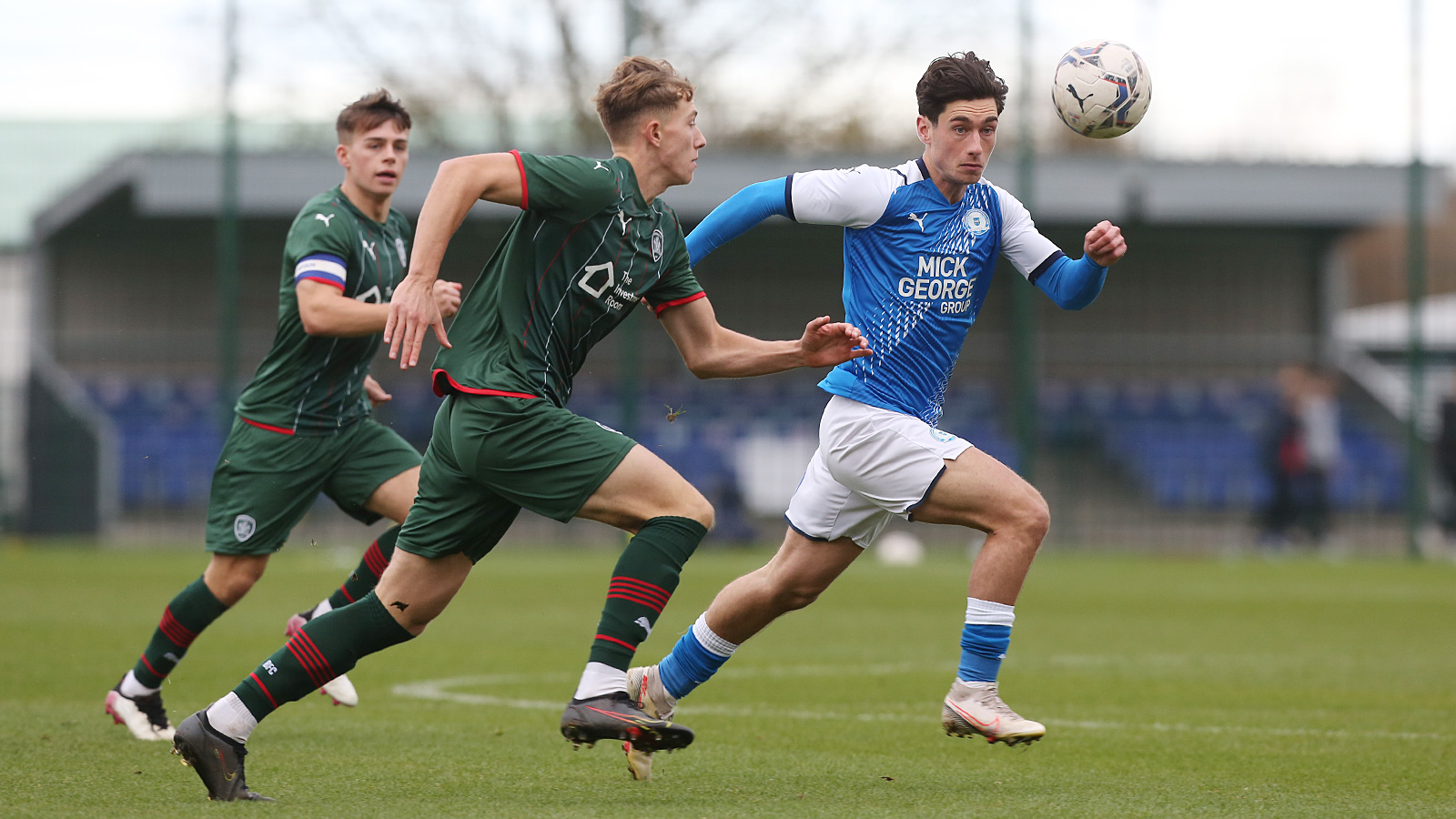 Barnsley condemn Posh under 23s to a narrow 1-0 defeat on Friday afternoon.

The Peterborough United under 23s were beaten 1-0 by Barnsley in league action on Friday afternoon as a goal two minutes into the second half by David Bremang condemned Simon Davies’ men to a narrow defeat at the idverde Training Ground.

Bremang struck from close-range to give the Tykes all three points in a game whereby both sides created good opportunities in front of goal. Daniel Gyollai made two excellent stops in the first half, one inside the opening 20 seconds as he kept out a Joe Ackroyd effort and then to divert a deflected cross away from danger.

Emmanuel Fernandez headed over from a Joe Tomlinson set-piece while Kwame Poku also went close in the first half. After the break, Posh continue to probe with Poku superbly denied by Archie Brown, who then kept out another effort from the same player.

Substitute Kobe Chong saw a header cleared off the line as Posh continued to press but they were unable to breach the Tykes defence. Joel Randall completed a pre-planned 45 minutes as he continues his comeback from injury.

The under 23s are next in action on Tuesday afternoon when they face Sheffield United in the Premier League Cup. The tie was due to take place in the evening at Stamford but has been moved to the Weston Homes Stadium with a 1pm kick-off. Tickets will cost £3 for adults and £1 for concessions with season ticket holders admitted free of charge.