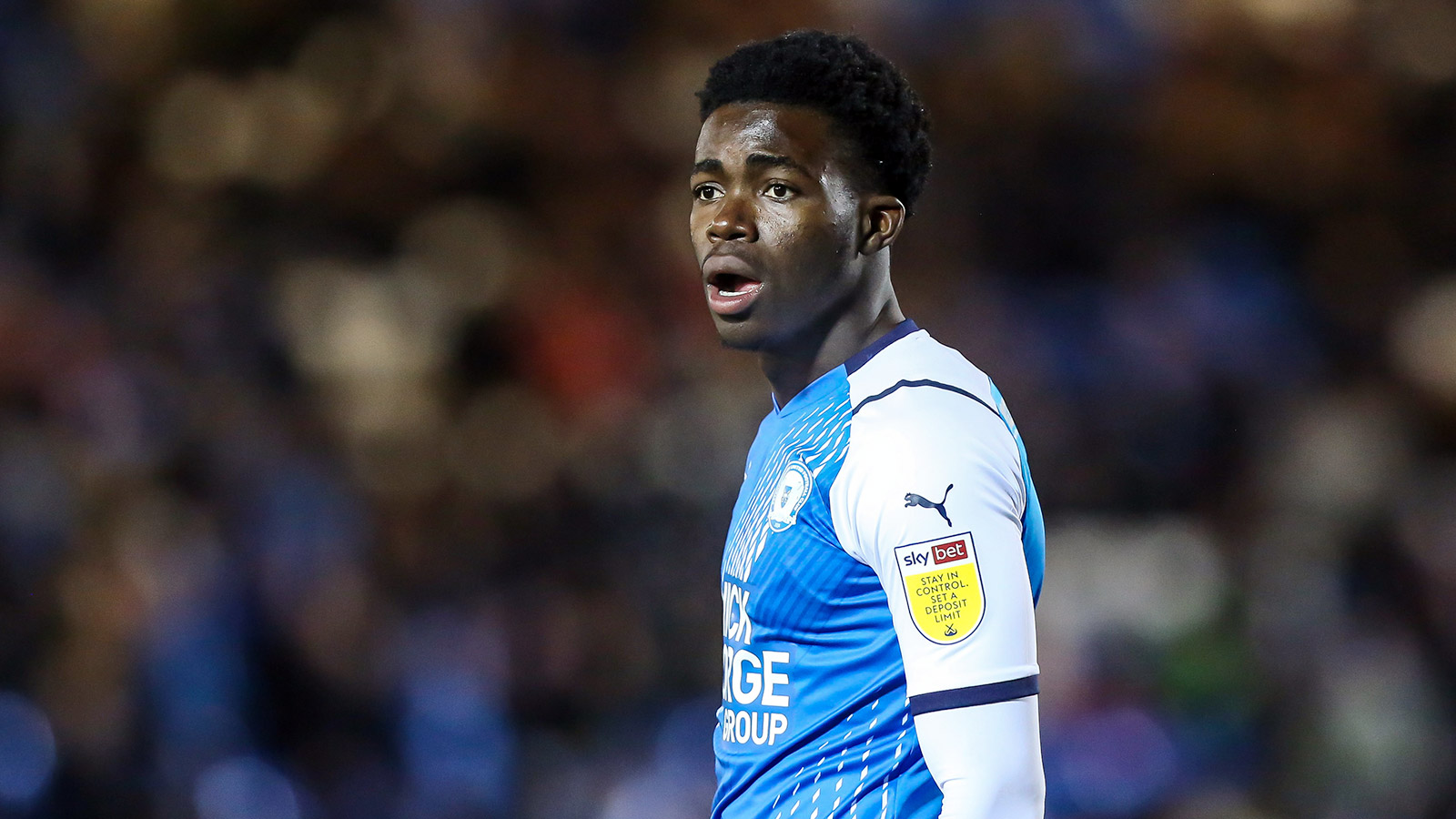 Under 23s Record Impressive Away Success At Toffees

Posh under 23s beat Everton 3-0 thanks to a double from Kwame Poku.

The Peterborough United under 23s made it two wins from three and remain unbeaten in their Premier League Cup group after an excellent 3-0 victory against Everton under 23s at the home of Southport on Wednesday evening.

Kwame Poku netted a superb double while Joe Taylor notched his first goal in Posh colours as Simon Davies’ side breezed past the Toffees to back up their win at Burnley and the 3-3 draw with Sheffield United.

Posh dominated for large spells in the game and had two efforts from Charlie O’Connell cleared off the line following Joe Tomlinson set-pieces, while the former Eastleigh man was also in the right place at the right time to clear off his own line following a rare threat from the home side.

It was TAYLOR who opened the scoring for Posh, tapping home from close-range after good work from Kobe Chong and Johnson Gyamfi. It was 2-0 before the break as POKU ran from deep and swept a controlled finish into the bottom corner to continue his good form at under 23 level.

Everton had a half chance as a header went over the crossbar and a free-kick was deflected into the arms of goalkeeper Will Blackmore, but it was always about whether Posh could add a third goal to their performance and they duly did inside the last 10 minutes as POKU showed excellent composure to wriggle into space and finish.

Posh are now in a strong position in the group ahead of two home fixtures against Burnley and Everton with a trip to Sheffield United sandwiched in between.