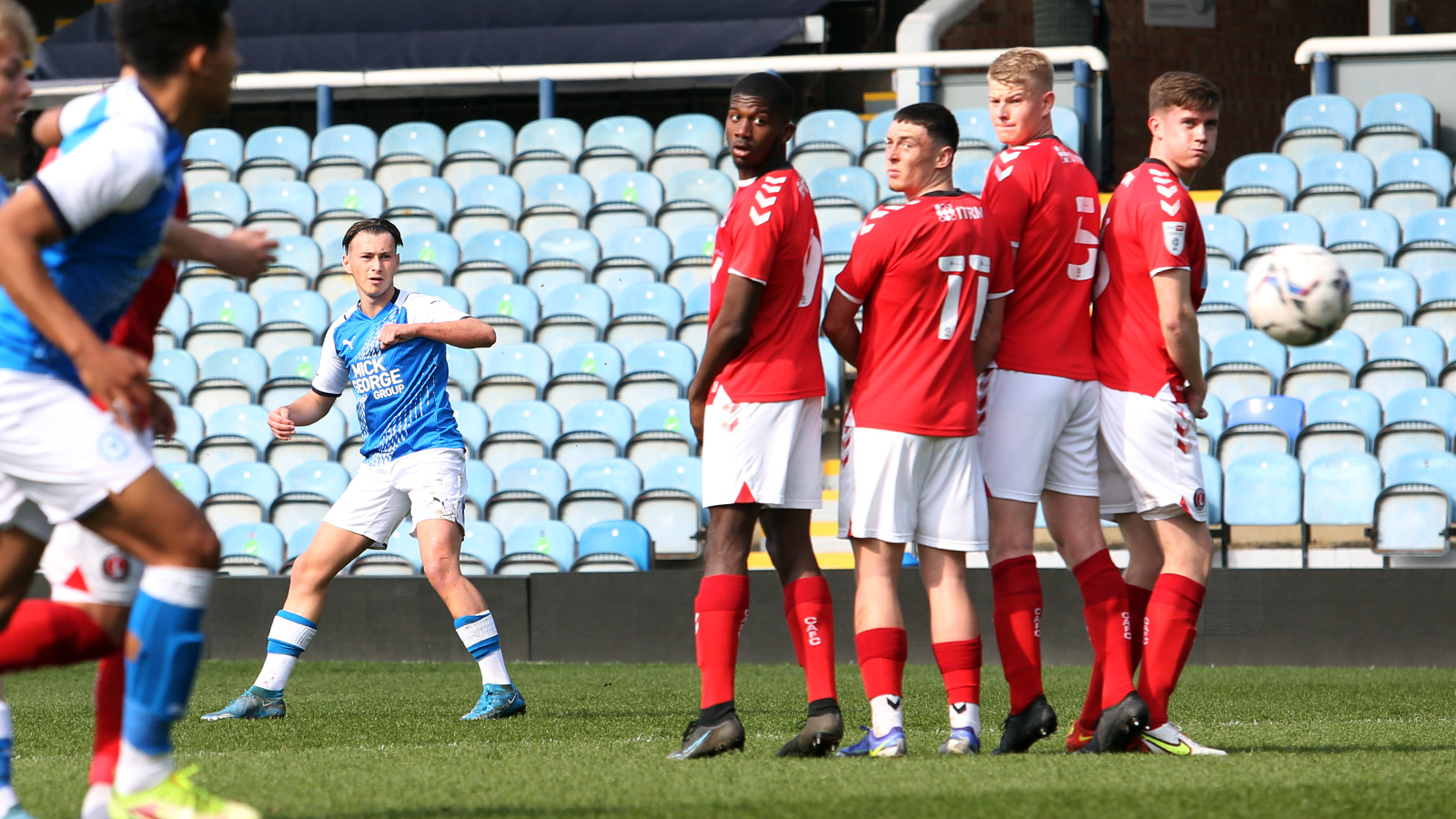 The Posh under 23s beat Charlton Athletic for the second time in a month in the Professional Development League.

The Peterborough United under 23s registered a 3-2 victory over Charlton Athletic at the Weston Homes Stadium on Tuesday afternoon with first half goals from Kai Corbett, Joe Taylor and Kellan Hickinson helping to secure all three points for Matthew Etherington’s men.

Corbett fired home a free-kick from 25-yards before strike partner Taylor raced onto an Emmanuel Fernandez through ball to coolly slot the ball past the keeper. Hickinson made it 3-0 by heading home a Charlie O’Connell cross after a slick Posh move as the Addicks were blown away in the first 45 minutes.

However, Charlton fought back in the second half and reduced the arrears inside five minutes as Daniel Kanu tapped home from close-range after a header had struck the bar. Dylan Gavin pulled another goal back late on from an O’Connor centre as Posh lost Taylor and Corbett to injury.

O’Connell, who was cautioned inside the opening 60 minutes, marshalled the defence in the final moments as Posh clung on for all three points to back up their 6-2 win over the same opposition in the Premier League Cup.

Posh play the quarter-final of the Premier League Cup against Wolverhampton Wanderers at the Weston Homes Stadium on Sunday 10th April (2pm). Admission will be free for season ticket holders with adults admitted for £3 and concessions £1. The game will also be available to watch on Posh+.