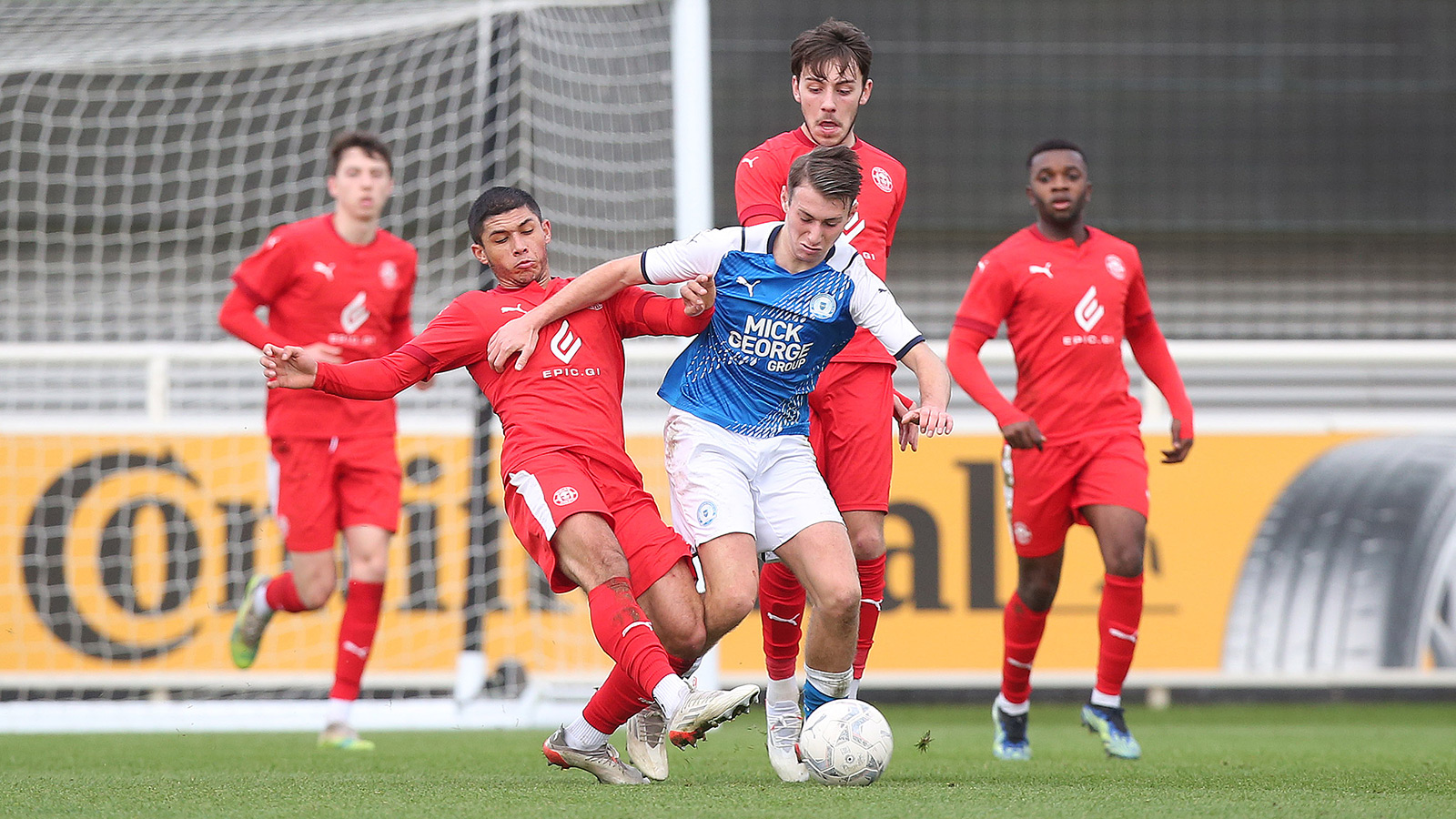 Under 23s Held By Wigan At St. George’s Park

The Peterborough United under 23s were held to a goalless draw by Wigan Athletic at St. George’s Park on Tuesday afternoon with Simon Davies’ men frustrated by a lack of cutting edge as several members of the first team squad got valuable minutes into their legs.

Ricky-Jade Jones completed 45 minutes as he continues his comeback from a long-term injury lay-off, while Joe Ward also featured after missing several training sessions over the post-Christmas period due to a bout of Covid-19.

Mark Beevers and Frankie Kent also got match action with the pair completing 90 minutes while goalkeeper Will Blackmore kept a clean sheet, making one or two notable stops in a game that was devoid of real clear-cut opportunities.

In fact, it was Jones who perhaps had the best chance of the game, a chance he carved out for himself, bursting into the box from before firing low at the goalkeeper. Ward and Kai Corbett both fired over in the second half while half-time substitute Joe Taylor saw a shot from distance well saved.

James Carragher, son of the watching Jamie Carragher, was at the heart of the Wigan back-line. The two sides meet again at St. George’s Park in two weeks, which will be the ‘home’ fixture for the Latics.