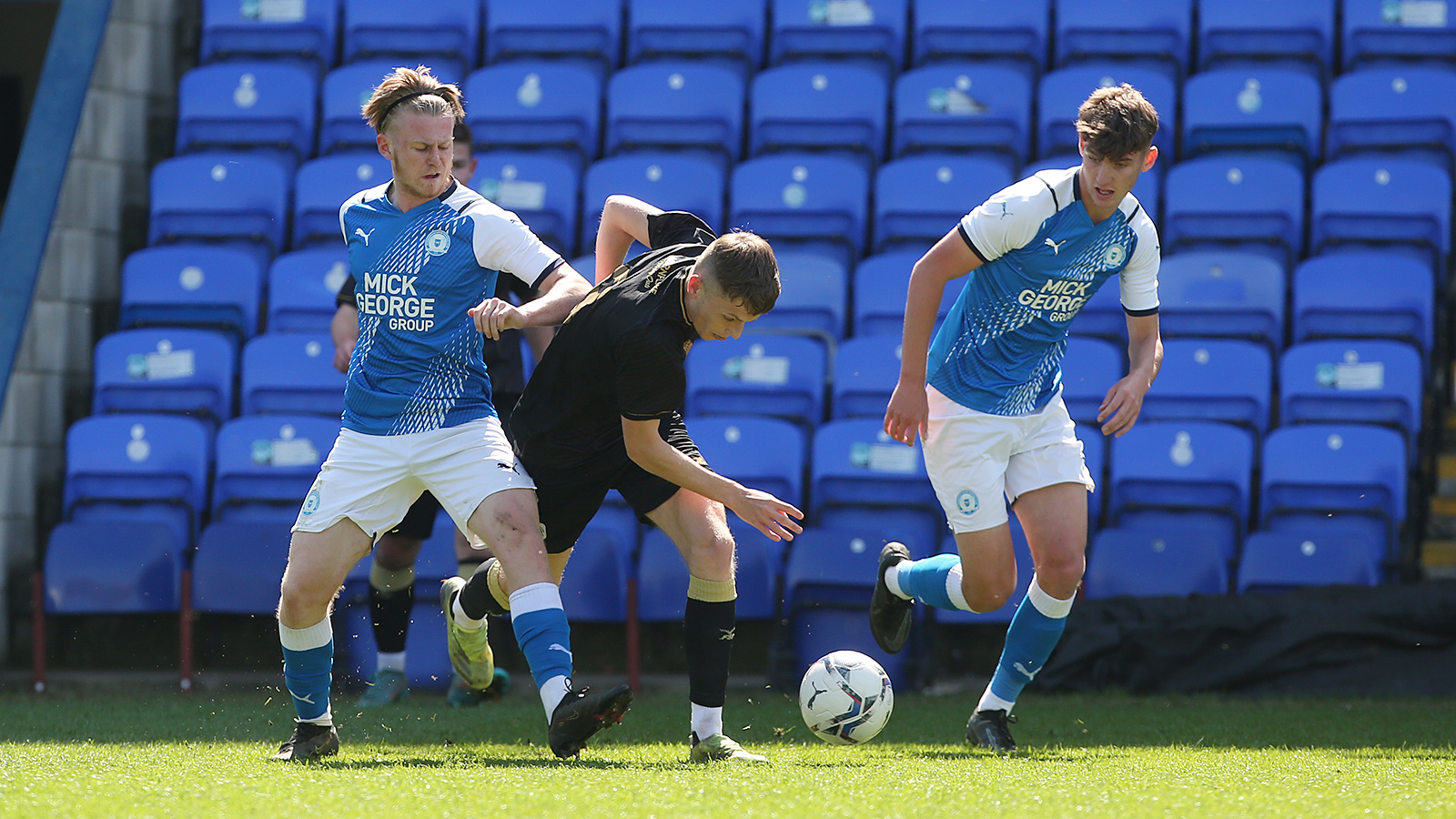 Under 23s Held To Goalless Draw By Crewe

Posh under 23s in a goalless stalemate at Weston Homes Stadium.

Peterborough United under 23 side were held to a 0-0 draw by Crewe Alexandra under 23s at the Weston Homes Stadium in a Professional Development League fixture, with keepers in either net in inspired form to keep the game goalless.

Chances were limited in the first half, but both keepers were called into action on occasions. Will Blackmore made a superb save to keep out a fierce effort from Connor O’Riordan from the edge of the box while Joe Taylor saw a close-range shot quickly smothered by Tom Booth after a long-ball set the forward on-goal.

In the second half, Blackmore had to improvise with his feet to keep out Ty Webster effort from inside the box before he pushed away a strong right-footed shot from Tyreece Onyeka. The visitors came the closest to opening the scoring as Joel Tabinor cut back found Matus Holicek around the penalty spot, but his effort struck the post.

Booth was also in remarkable form in the other goal as he got a strong hand to a close-range effort from Taylor, who was played in by a superb pass by Roddy McGlinchey, before Gabe Overton forced the visitors’ keeper into a low save down to his left.

Posh continued to push for a winner in the final 10 minutes of the game, Taylor, Overton, and Kellan Hickinson all forcing Booth into a number of saves. Taylor was inching away from stealing points in the final few minutes as his fierce effort from just inside the box thundered against the post, signalling one of those days for Posh in front of goal.

Subs Not Used: Lakin and Marshall