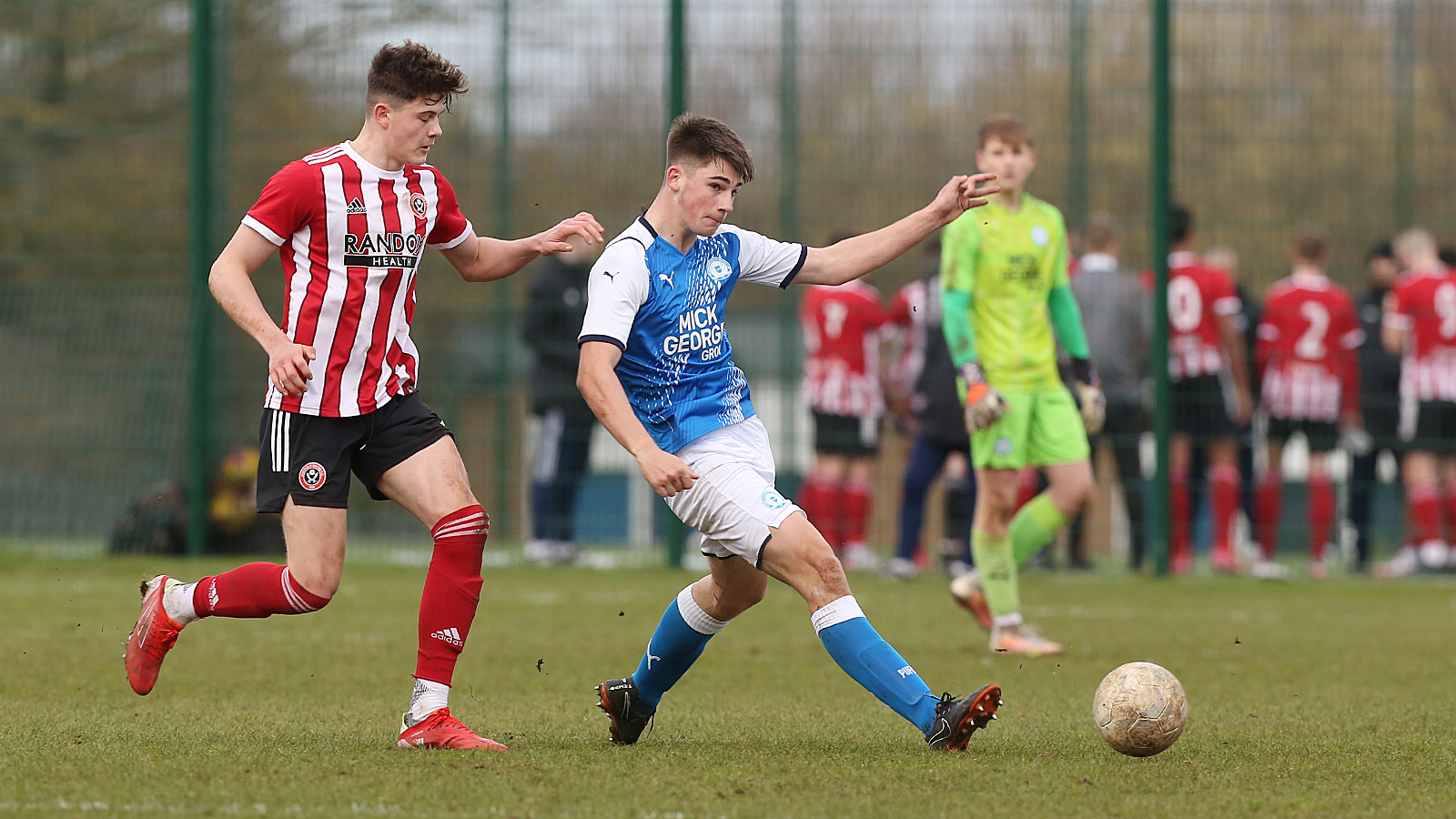 Under 18s Suffer Defeat To Blades

Posh under 18s beaten 2-1 by Sheffield United on Saturday morning.

The Peterborough United under 18s were beaten 2-1 by Sheffield United at the idverde Training Ground on Saturday morning as a late goal earned the Blades all three points in a league fixture that was played in difficult blustery conditions.

After falling behind, Posh levelled the scores as the game entered the final 10 minutes through Will Van Lier, but the visitors snatched the victory late on. Posh, who were missing Lewis Darlington (Covid), Gabe Overton (injured) and Kellan Hickinson (injured), are next in action on Saturday against Coventry City at the idverde Training Ground.

Manager Jamal Campbell-Ryce said: “It was the worst type of conditions to play in to be honest, it was incredibly windy and I don’t think the lads would have enjoyed playing and it certainly wasn’t great to watch. It was the same for both teams and Sheffield United found a way. They looked hungrier than us, they landed on more second balls than us, they turned us and to demonstrate their attitude, they were celebrating winning free-kicks, corners, tackles and that was the difference in mentality on the day.

“I am sure the lads are bored of me saying this, but nobody doubts them in possession, we played some good stuff, but you have to win the battles. For me, I have always said it, as a player and as a coach, you cannot coach aggression, it is either instilled in you, or it isn’t. You have to want to win your battles, you have to win those 50-50s. Ultimately, those that fall by the wayside often do so because of their mindset and will to win.

“My constant message is win the duel that you are in with the opposition, if you do that and win the personal battle, it will help the team with the objective of winning the game. In the conditions we faced on Saturday, we knew it would be a bit of an ugly spectacle. In a game you might touch the ball 60 times in a 90-minute fixture, yes you want to do something with it, but out of possession you need to be on it from minute one. Those that do go on to have long careers in the game.

“In terms of the game on Saturday, we changed it up a little bit in the last 15 minutes and played Roddy and Will as two number 10s behind Reuben and that worked quite well. Will took his goal well. A draw would have probably been a fair result. When it comes down to the nitty gritty, we were just second best.

“We had three players unavailable due to injury and Covid and that does make a huge difference, but it is an opportunity for others to come in and step up. We will be without Gabe on Saturday, but Kellan and Lewis might be back. Whatever age or level you play at, there is always competition for places.”