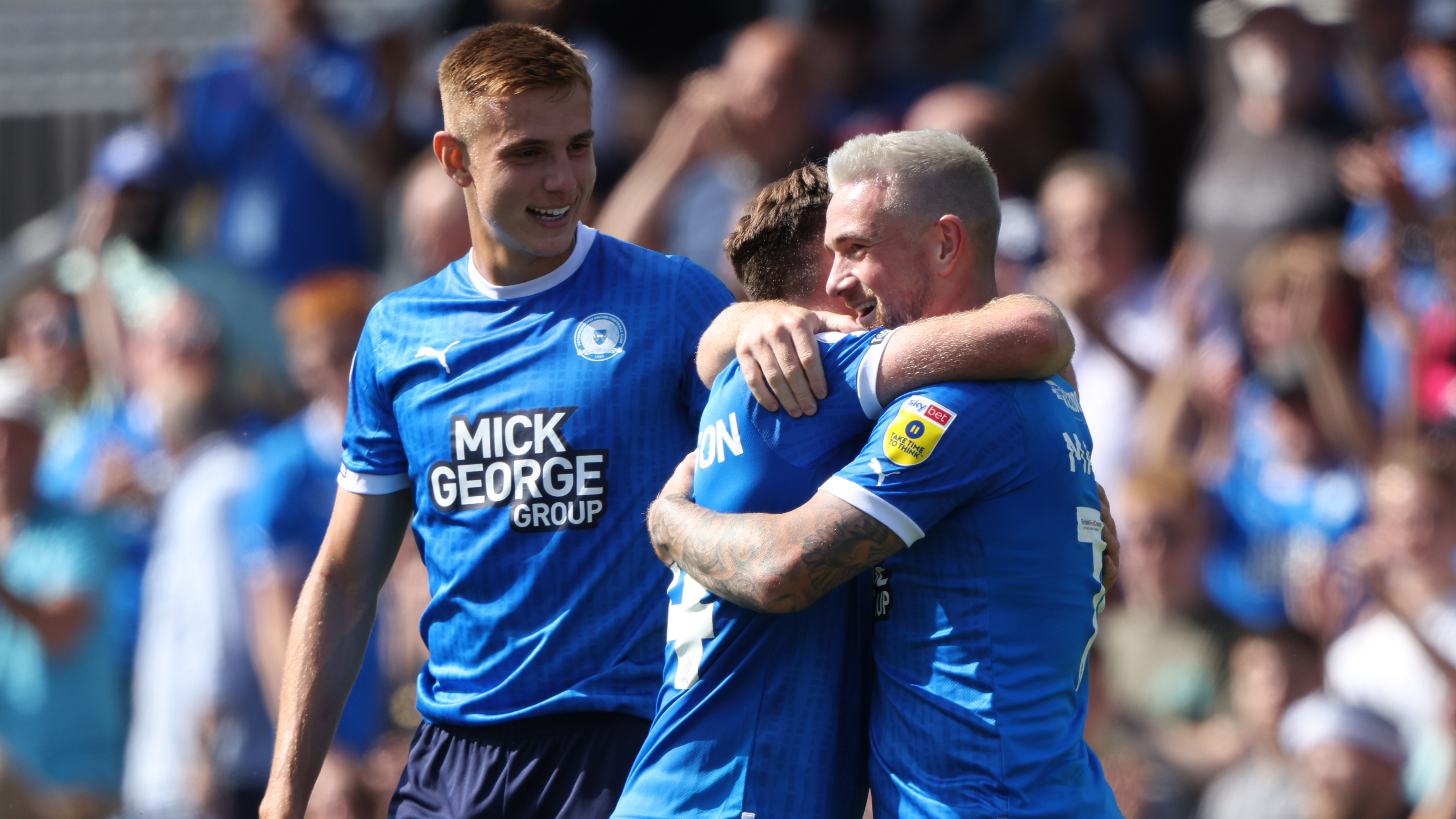 Hector Kyprianou and Ben Thompson both netted in a 3-0 win over Morecambe at the Weston Homes Stadium.

Peterborough United made it two wins from two as goals from Joe Ward, Ben Thompson and Hector Kyprianou wrapped up a 3-0 victory over Morecambe at the Weston Homes Stadium with Grant McCann’s men now holding the only 100 per cent record in Sky Bet League One.

Posh made a bright start to the game on a balmy day in PE2 with Ben Thompson and Jack Marriott both going close inside the first seven minutes of the contest, the former’s effort was blocked while the Posh number 14 fired wide of the near post after turning sharply in the box.

The deadlock was broken moments later as Joe WARD lashed home a shot from just outside of the penalty area, leaving goalkeeper Connor Ripley grasping thin air. Goalkeeper Lucas Bergström produced a stunning save with his legs to preserve the lead just after the quarter hour mark as he denied Jenson Weir who was sent in the clear.

Ronnie Edwards did well to deflect a shot from Love over the top on 28 minutes after a clever pass from Hunter had dissected the Posh back-line. Connor Ripley made two saves in quick succession moments later, firstly denying a low crisp shot from Thompson from range before Marriott wriggled into space only to fire straight at the Shrimps keeper.

The visitors were fortunate not to concede a second on 37 minutes as a cross from Thompson was headed into the side-netting of his own goal by Delaney. Posh did double their lead on 43 minutes, Clarke-Harris saw his powerful free-kick somehow kept out by Ripley but as the ball pinballed around, Ben THOMPSON squeezed home a shot via a deflection for his first goal in Posh colours.

Posh were awarded a spot-kick on 54 minutes as Ripley cleaned out Clarke-Harris, but incredibly despite it being an obvious back-pass, the officials gave offside. Clarke-Harris was denied by a fine stop from Ripley on 63 minutes before Marriott went into the book for a late foul on Melbourne.

Bergström produced a fine smothering stop to keep out Hunter on 66 minutes before Edwards lashed a shot from distance wide of the target, moments after Clarke-Harris should have been awarded a penalty after a foul by Rawson.

Posh made it 3-0 on 72 minutes and it was a wonderful goal from Hector KYPRIANOU, who exchanged passes with Marriott and calmly finished into the bottom corner with his left-foot. Obika fired over at the back post as the visitors carved out a chance to reduce the arrears with around five minutes to play.