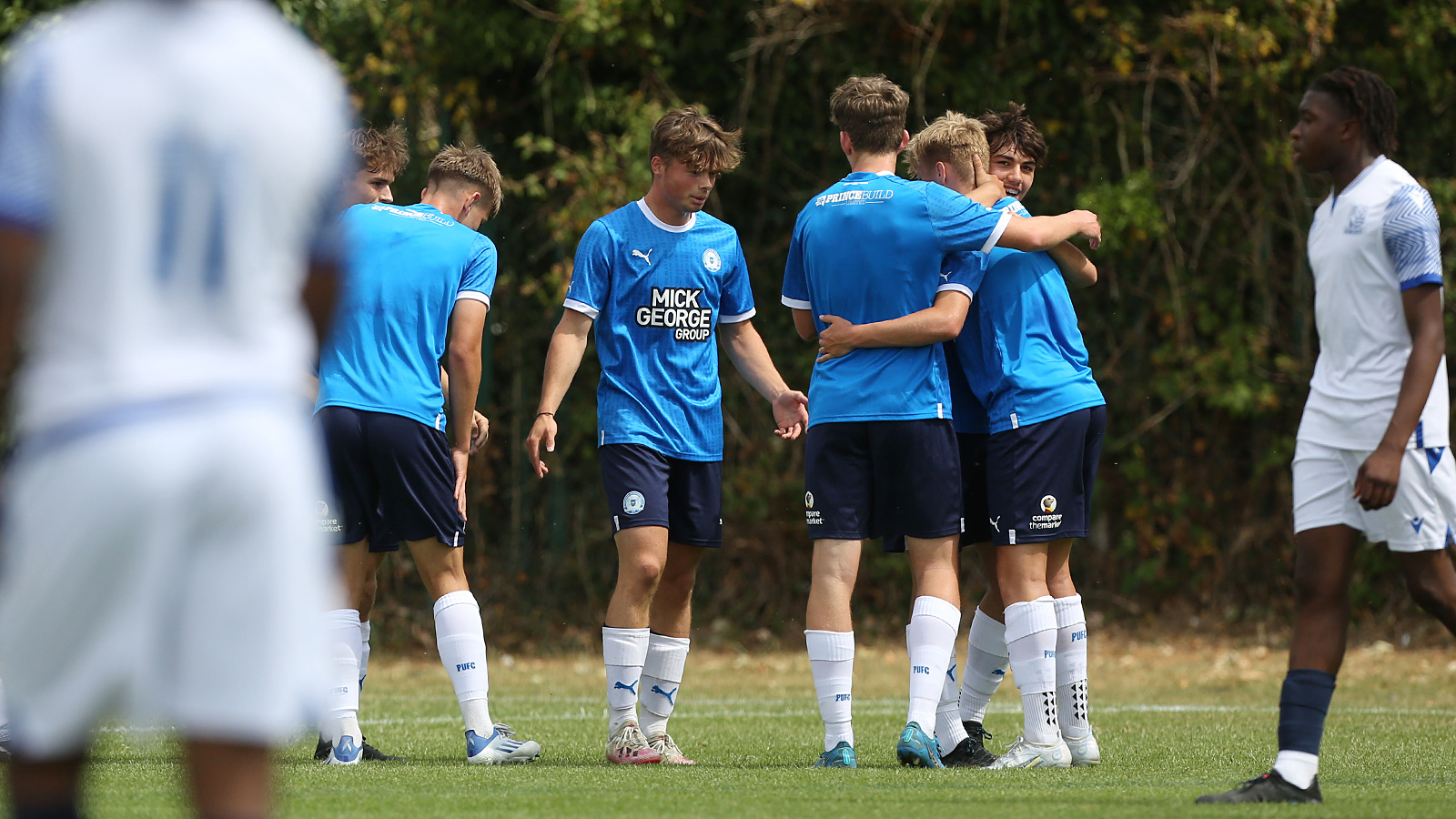 Two First Half Goals Earn Posh U18 Success In Friendly

Two first half goals from Posh U18s sealed a 2-0 victory over Southend United in a pre-season friendly.

Gabriel Overton and Reuben Marshall were both on the scoresheet for Peterborough United U18s as they claimed their first victory of the pre-season schedule after beating Southend United 2-0 at the idverde Training Ground on Friday afternoon.

The two goals came in the first half, with Marshall opening the scoring as Overton latched onto a long ball forward from Joseph Toynton and he slipped it across for Marshall to tap home.

Overton turned from provider to goalscorer later on in the half as Oliver Rose played through the forward, who showed calmness and composure to lift the ball over the keeper and into the back of the net.

The U18s looked to extend their advantage in the second half and created a handful of opportunities but couldn’t capitalise on those. Ryan Semple, who took charge of the game alongside Matty Dye due to Jamal Campbell-Ryce's unavailability, was delighted to keep a clean sheet and pick up their first win of the schedule.

Semple said: “Pre-season is all about fitness and developing the cohesion in the team, creating different patterns of play and working as a unit in or out of possession, but it’s just as important to get a win in pre-season. It was very pleasing. In the first half, we were very much in control and created a lot of opportunities, which we took two of them very well and could have possibly had more.

“There were one or two situations where we created our own downfall where we gave the ball away cheaply, but those were few and far between and defended very well throughout the whole game. To pick up a clean sheet was very important and is always a good habit to get into. The whole performance was extremely pleasing and builds positive momentum ahead of the new season.

“It was a good continuation of a very good week as the players were away with the U21s all last week, got back on Thursday afternoon and then had the game on Friday. So, it was a heavy week but ended very well.”