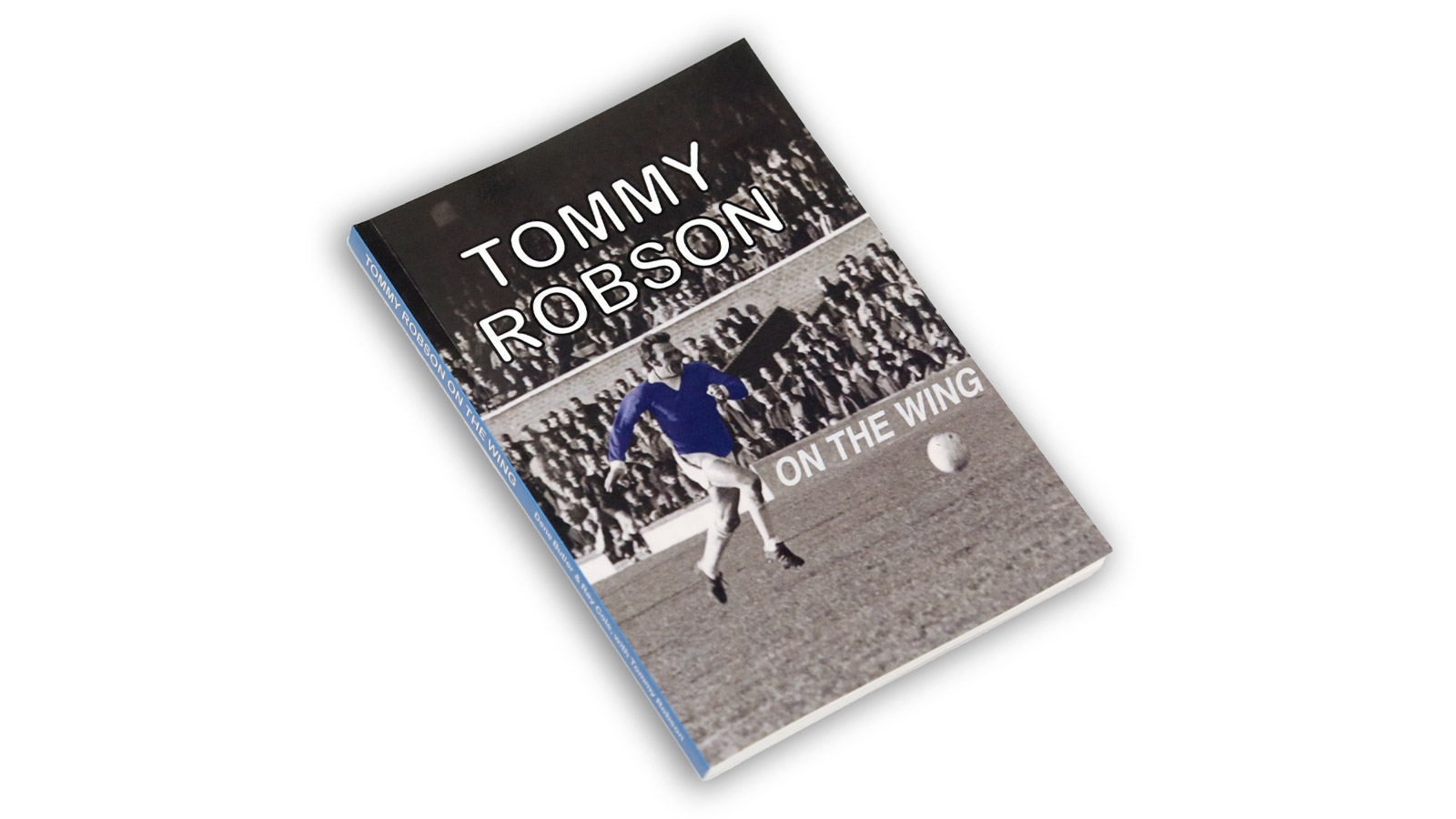 Tommy Robson On The Wing Book In Store

A new book celebrating the life of Tommy Robson is now available to purchase.

A new book, written by Dene Butler and Ray Cole, entitled Tommy Robson On The Wing, celebrating the life of the former Peterborough United player, is now available to purchase in the Posh Club Shop and online at www.theposhonlinestore.com.

Robson had a 19-year career in the Football League, with Northampton Town, Chelsea, Newcastle United and for 13 of those years, with Peterborough United. His love affair with The Posh continued long after his playing days ended, as his presence as an ambassador for the club and as a hero for the fans, remained until the very end.

Everyone rallied to help Tommy out when he received the devastating diagnosis, that he was suffering from Motor Neurone Disease and everyone who knew him was heartbroken when he sadly passed away in October 2020. It was decided that Tommy deserved a lasting memorial, in the form of a bronze statue, to stand alongside that of his team-mate and friend Chris Turner.

Tommy was not just loved by fans of The Posh, everyone in the football-world who crossed paths with him, also fell in love with his charming wit and personality.

All profits from the sale of this book, priced at £9.99, which covers Tommy’s life on and off the pitch and includes many of the stories and anecdotes, often recounted by the great man himself, will go to The Tommy Robson Statue Fund and The MND Association.