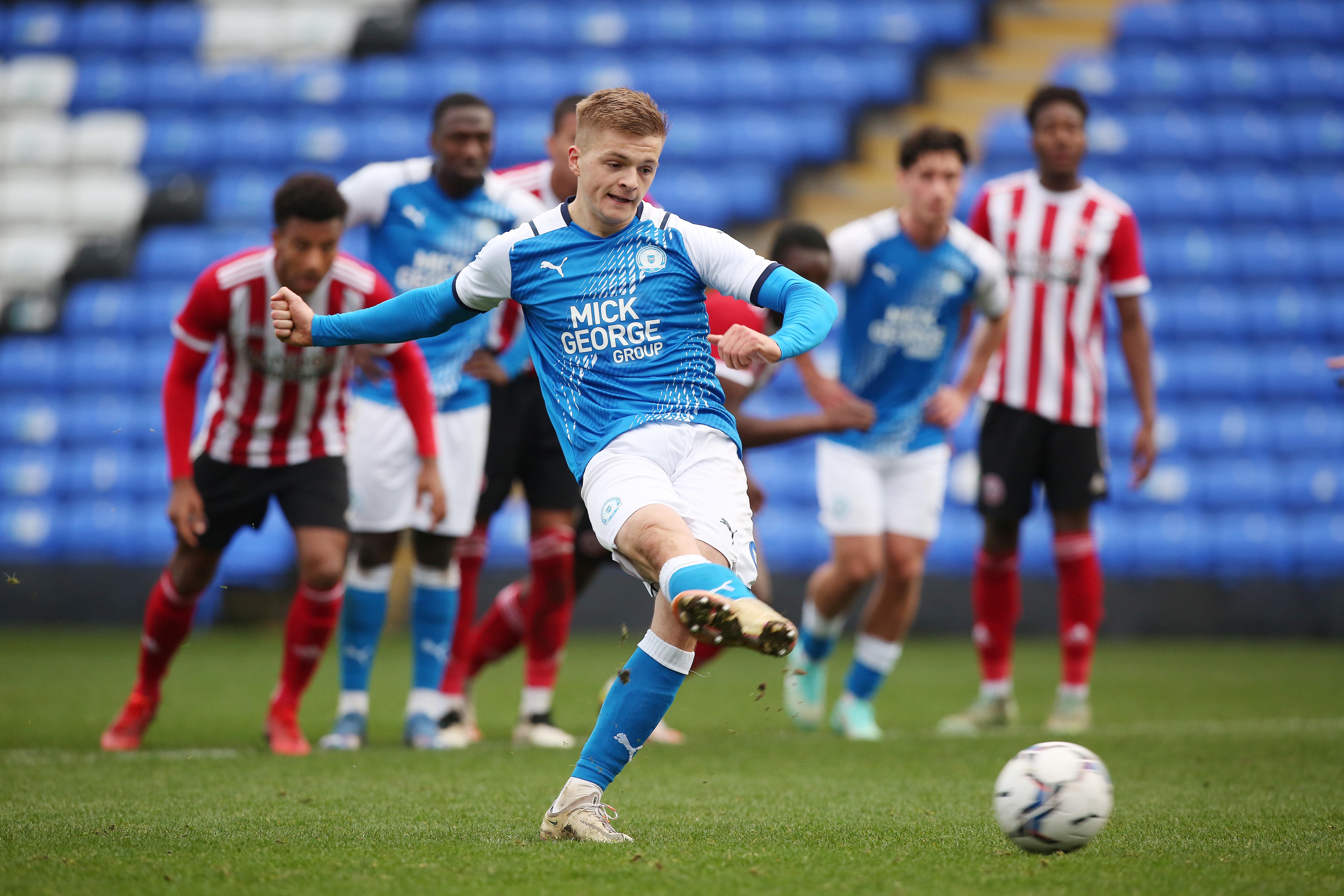 Tomlinson Brace Helps To Earn Under 23s A Point

Goalkeeper Dan Gyollai had to be alert inside the opening minute to tackle Iliman Ndiaye after a poor back-pass before beating away an Andre Brooks effort on the quarter hour mark from distance. However, from the resulting corner kick, Kyron GORDON converted at the back post to give the Blades the lead.

At the other end, a deflected cross from Benjamin Mensah was tipped over acrobatically by Amissah with Emmanuel Fernandez heading the resulting set-piece over the top. Gyollai produced impressive reactions to keep out a fierce drive from Ndiaye on 29 minutes as the Blades came close to adding a second.

A nice through ball from Joel Randall picked out Hickinson on 35 minutes, but his attempted lob went over the crossbar from a tight angle. The visitors doubled the lead four minutes before the break as a left-wing cross was fired into the back of the net at the near post, Peck took the credit, but it may well have been an O’Connell touch that took it into the back of the net.

Posh made a change at the interval with Joe Taylor replacing Oluwabori. Posh pulled a goal back four minutes after the re-start as a corner from Tomlinson was powered home by FERNANDEZ. Moments later, more good work down the left created an opportunity for Hickinson after an intelligent cut back from Randall, but he sliced wide.

Gyollai tipped an effort from Cappello around the post on 62 minutes before Posh drew themselves level as Fernandez was upended in the box allowing Joe TOMLINSON to very coolly convert from penalty spot. Peck missed a glorious chance with his head to give the Blades a 3-2 lead but he planted his header from close-range wide.

Randall was substituted around the 70 minutes mark as he continued to build fitness after a long lay-off, Johnson Gyamfi the replacement. Gyollai did well to save with his legs to keep out Neal as the game entered the final 10 minutes.

Posh got themselves in front on 84 minutes and it was a stunning strike from Joe TOMLINSON who arced a wonderful effort into the top corner from an almost impossible angle. However, in the melee that ensured following the goal, Posh were reduced to 10-men as Fernandez was shown a second yellow card.

The visitors hit the crossbar as the game moved towards stoppage time as Buyabo headed a cross from the right at goal. Neal side-footed over via a deflection three minutes into stoppage time with keeper up from the Blades to cause havoc. As the ball was recycled, the Blades found an equaliser as GORDON headed home at the back post.