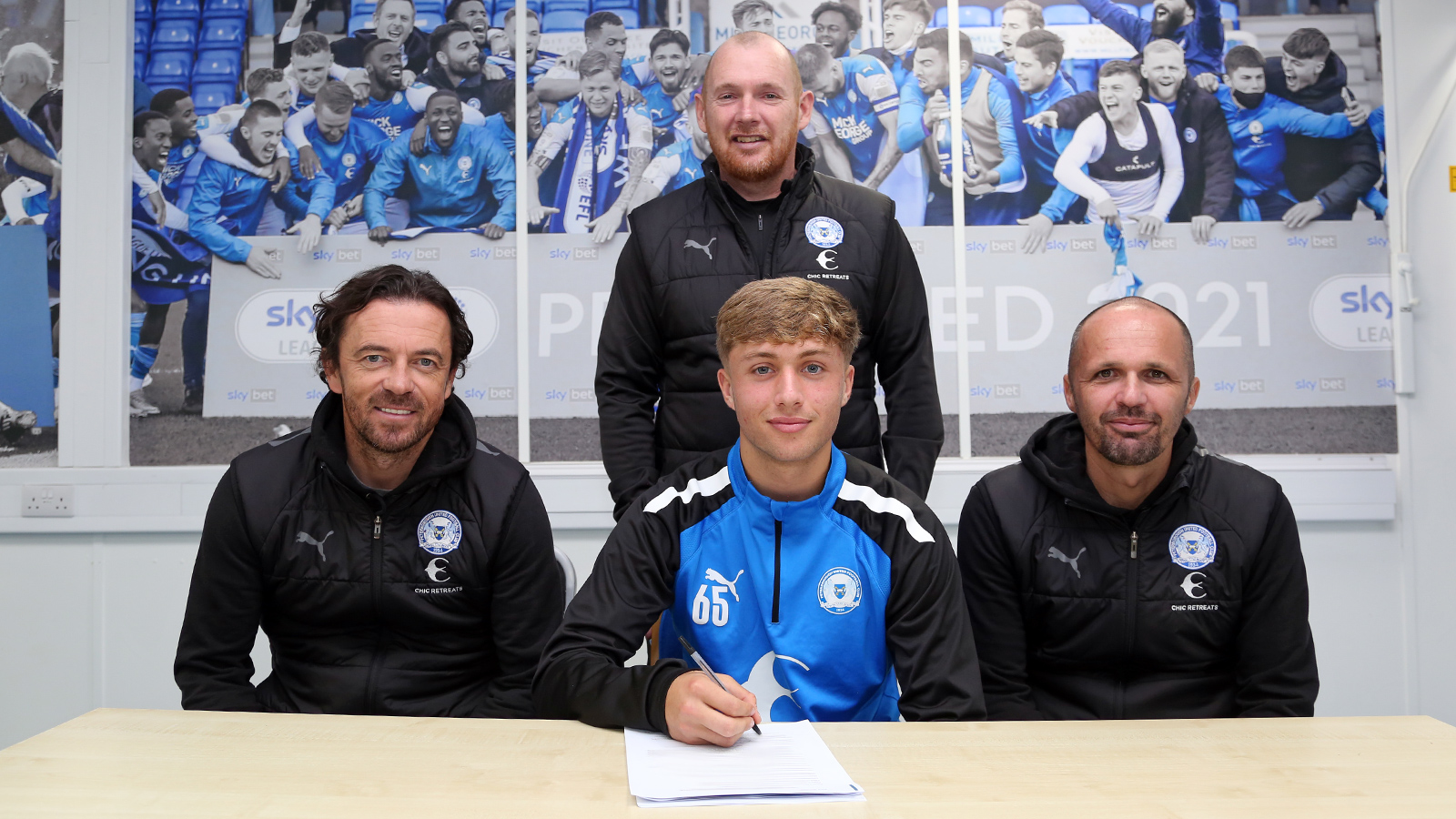 Peterborough United are delighted to announce that midfielder Harry Titchmarsh has signed a two-year professional development contract with the club.

The midfielder, who joined Posh from West Ham United last season, has recently featured for the under 21s group over the last couple of weeks after impressing for the under 18s at the beginning of the season and was part of Grant McCann’s squad in the Papa John’s Trophy fixture against Stevenage in August, being an unused substitute.

Titchmarsh, who missed large parts of last season due to a serious injury and illness, was surprised to have received the news, but is looking forward to progressing in the under 21s group.

“It’s a very proud moment for me and my family”, Titchmarsh said. “My family have been very supportive throughout my football career so far, taking me wherever to go to train and play matches and very thankful for what they have done. I have loved every minute since I have joined Posh, but now I just want to cement my place in the under 21s squad and play regular minutes.

“I didn’t think I would get a professional development contract this early because last season I had quite a few injuries and illnesses, but I have started this season well and am delighted to see the faith put into me. The transition between the under 18s and under 21s has been challenging but I think I have coped well, especially on the physical side of the game.”

Academy manager Kieran Scarff said: “Harry has fully deserved this. He arrived as an under-16 having come through at West Ham United and ever since then, he has impressed us every single day. The way he applies himself is first class, the way he dealt with a serious injury and illness shows his resilience and determination to come back from those issues. He’s a brilliant footballer, aggressive and passes the ball well and fits the type of midfielder we are trying to develop."