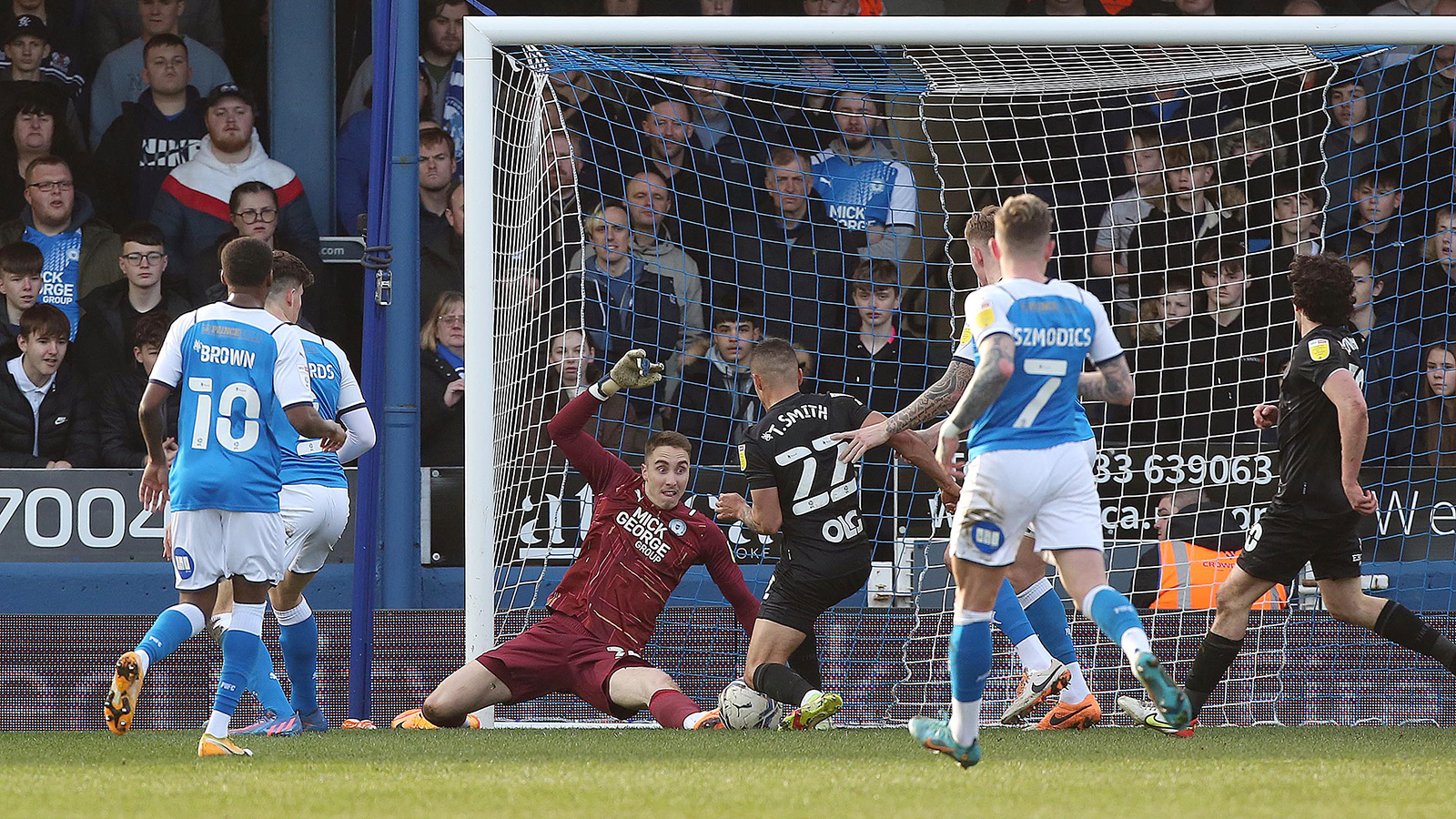 It was always going to be a tough ask for a Peterborough United side that only had one day on the training ground with new boss Grant McCann and so it proved as Hull City left the Weston Homes Stadium with all three points following a 3-0 success.

After an opening 10 minutes of possession from Grant McCann’s men, it was Hull who had the first effort towards goal, but Keane Lewis-Potter’s free-kick from 30-yards comfortably cleared the crossbar. Sammie Szmodics was cautioned by referee Tony Harrington for a foul on Honeyman on the quarter-hour mark.

The visitors opened the scoring on 23 minutes as a low cross from the left was tapped home at the near post by Tyler SMITH. Burrows sliced a shot wide of the target on 26 minutes after a good progressive pass from Norburn.

Honeyman saw a shot on the turn gathered by Benda on 32 minutes as Hull continued to create the best opportunities in the game. Benda gathered a Docherty shot at the second attempt as Keane Lewis-Potter continued to cause havoc down the left.

The Tigers made a change at the interval with Liam Walsh replacing Honeyman. On 49 minutes, Hull doubled the lead as Keane LEWIS-POTTER rifled home from the edge of the box into the bottom corner of the net.

Grant McCann made a double change just before the hour mark with Ricky-Jade Jones and Hayden Coulson replacing Burrows and Marriott. Fleming curled a free-kick inches past the post on 63 minutes before Posh made their final switch as Jorge Grant replaced Brown.

Posh wanted a spot-kick on 68 minutes as Morton took a tumble in the box, but referee Mr Harrington waved away the protests. LEWIS-POTTER killed the game moments later, racing clear and poking the ball through the advancing legs of Benda.

Benda did well to smother a Smith effort moments later as Hull threatened a fourth goal. Ingram was called upon to keep out a side-foot from Szmodics on 77 minutes after an intelligent cut-back from Kent.