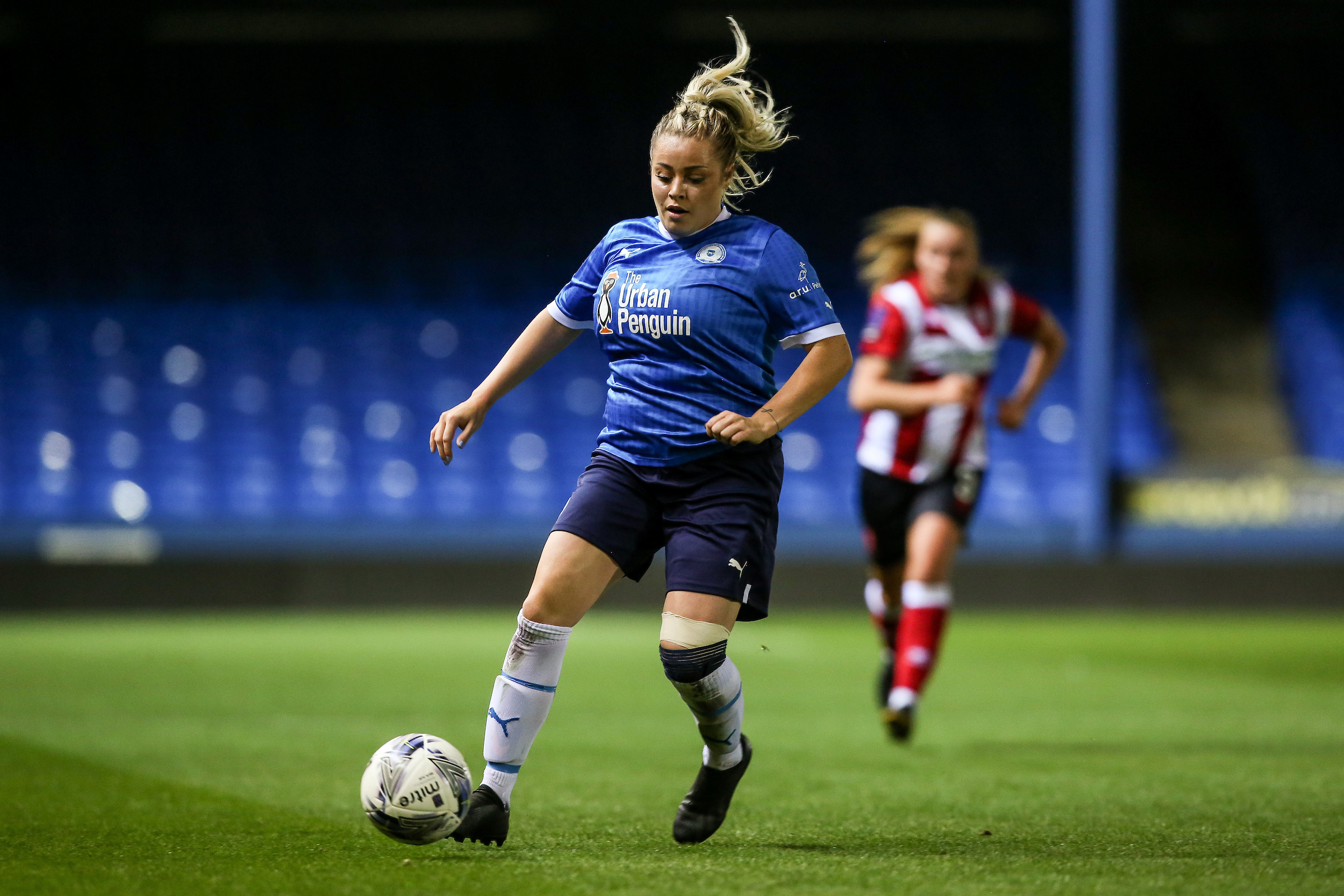 Three Wins On The Bounce For Posh Women

Peterborough United Women made it nine points out of a possible nine in a week after a comfortable 5-1 victory over Long Eaton United Ladies at Grange Park on Sunday afternoon in the FA Women’s National League Divison One Midlands, with Megan Lawlor netting a brace on her first start of the 2022/23 campaign.

The hosts carved out the first opportunity of the game as Kira Markwell, who made her first competitive start for the club, was called into action, tipping Ella Brennan’s shot over the bar.

However, it wasn’t long before Posh broke the deadlock on eight minutes as a lovely ball over the top from Jess Evans was raced onto by Keir Perkins and she slotted the ball past the keeper. Posh had the ball in the back of the net shortly after, but Cassie Steward was judged to be in an offside position.

Megan Lawlor’s effort from the edge of the box was parried by the keeper and into the path of Jess Driscoll, but her effort was cleared off the line. Posh doubled their lead on 28 minutes as Niamh Connor rose highest from Kayleigh Aylmer’s corner to send a powerful header past the keeper from close-range.

Long Eaton United cut the deficit four minutes later as a poor clearance saw the ball ricochet into the path of Monique Price and she found the bottom right-corner. Jess Evans rattled the crossbar after great work from Perkins down the left-hand side to find the midfielder inside the box.

Posh made no changes at the break, but manager Dan Lawlor was sent off for dissent to the referee on 51 minutes. That didn’t dampen Posh’s spirits and they extended their lead on 55 minutes as Perkins’ low cross found Lawlor advancing into the box and she fired into the top corner.

Dan Lawlor made his first change of the afternoon on 59 minutes as Zaiga Lacite replaced Jess Evans. Posh added a fourth on 62 minutes and it was Lawlor once again, tapping home at the back-post after Cassie Steward flicked on Evie Driscoll-King’s cross.

A second change was made on 66 minutes, with Lawlor being replaced by Tara Kirk before Elloise Copson and Nicole Hendrick were introduced shortly after. Cassie Steward got on the act as she netted her third goal in three games, slotting home Aylmer’s low cross into the box to grab Posh fifth of the afternoon.

The hosts looked for a consolation goal as Milly Miller’s half-volley flew well over the bar. Perkins thought she had her second of the game on 86 minutes, but the referee disallowed the goal for a handball against the forward.