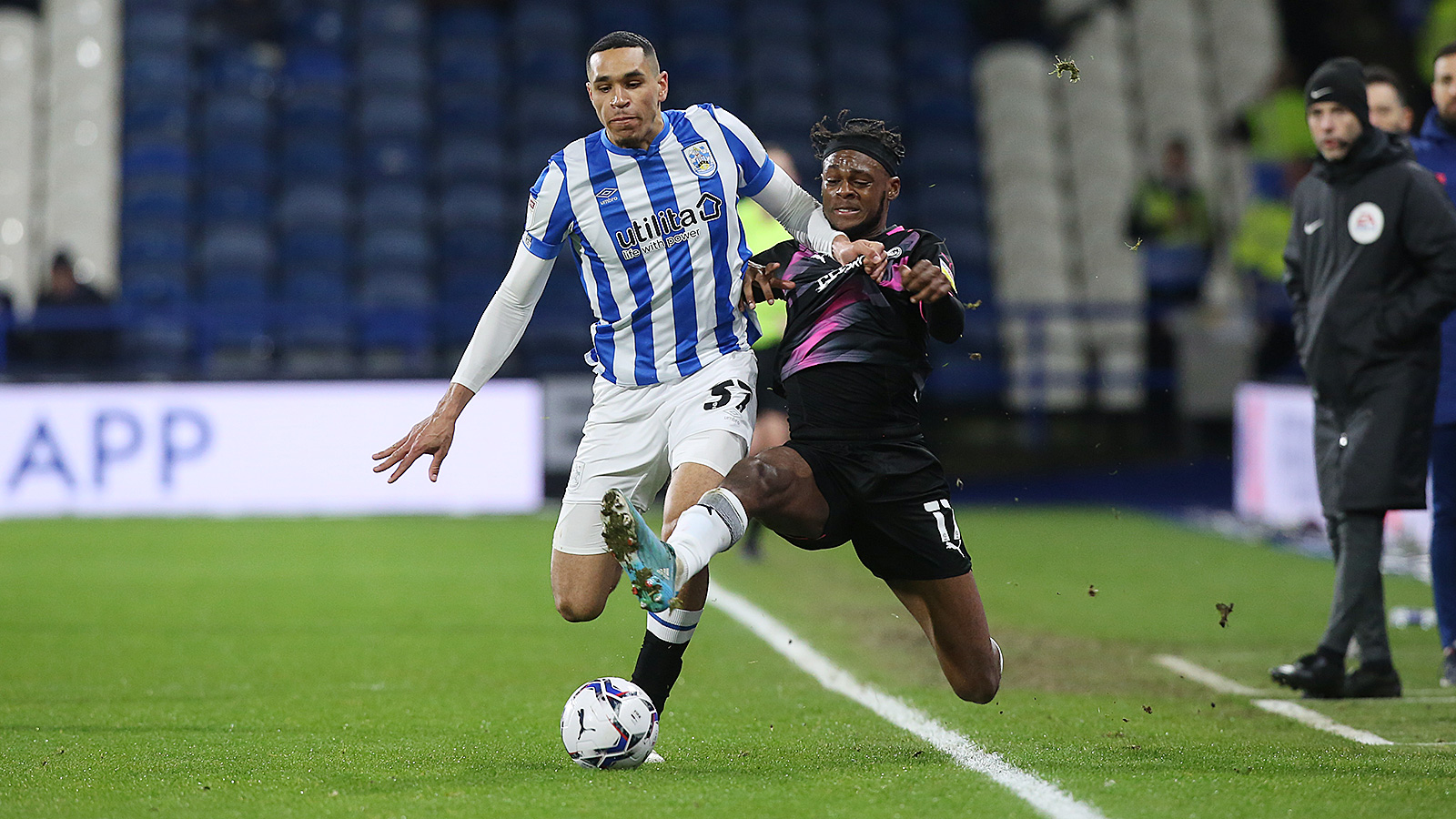 Terriers Too Tough For Posh

Peterborough United conceded twice inside the opening six minutes in Yorkshire and ended up losing 3-0 in Sky Bet Championship action as in-form Huddersfield Town moved up to second place in the league table with a comfortable victory.

Posh were dealt a blow in the warm-up as goalkeeper Steven Benda was forced to drop out due to illness with Dai Cornell his replacement. The keeper made a smart stop to keep out Lewis O’Brien but he could do nothing moments later as Danel SINANI curled an unstoppable curler into the top corner from 20-yards.

The lead was doubled on seven minutes as an in-swinging corner from the right was headed home at the near post by Tom LEES. Kwame Poku steered a shot inches wide of the near post on 11 minutes after good work from Coulson and Szmodics as Posh tried to get a foot-hold in the game after a very difficult opening to proceedings.

Posh made a tactical change on 26 minutes with Oliver Norburn replacing Poku. The Posh midfielder was cautioned inside two minutes for a foul. The hosts hit the crossbar via a deflected Turton effort moments later after cutting inside onto his left-foot.

Holmes was a whisker away from adding a third on the half hour mark after letting fly from distance, the shot going inches past Cornell’s post. Joe Ward clipped a free-kick over the crossbar on 34 minutes after Szmodics was upended just on the edge of the box.

Grant McCann made a change at the break with Jack Marriott replacing Grant in an attacking substitution. Coulson fired over from long-range on 52 minutes before Thomas fired wide on the volley at the other end.

Cornell was well placed to keep out an effort from Ward as the Terriers carved out another opportunity with some slick football. Szmodics curled a shot over the top from 30-yards on the hour mark before the hosts made a change with Carel Eiting introduced for the first scorer Sinani.

Cornell produced a fine stop to tip over an O’Brien drive before the hosts brought on Chelsea loanee Tino Anjorin. The hosts made it 3-0 on 72 minutes as the referee failed to spot a blatant tug at the back post and LEES was there to take advantage and loop a header over Cornell.