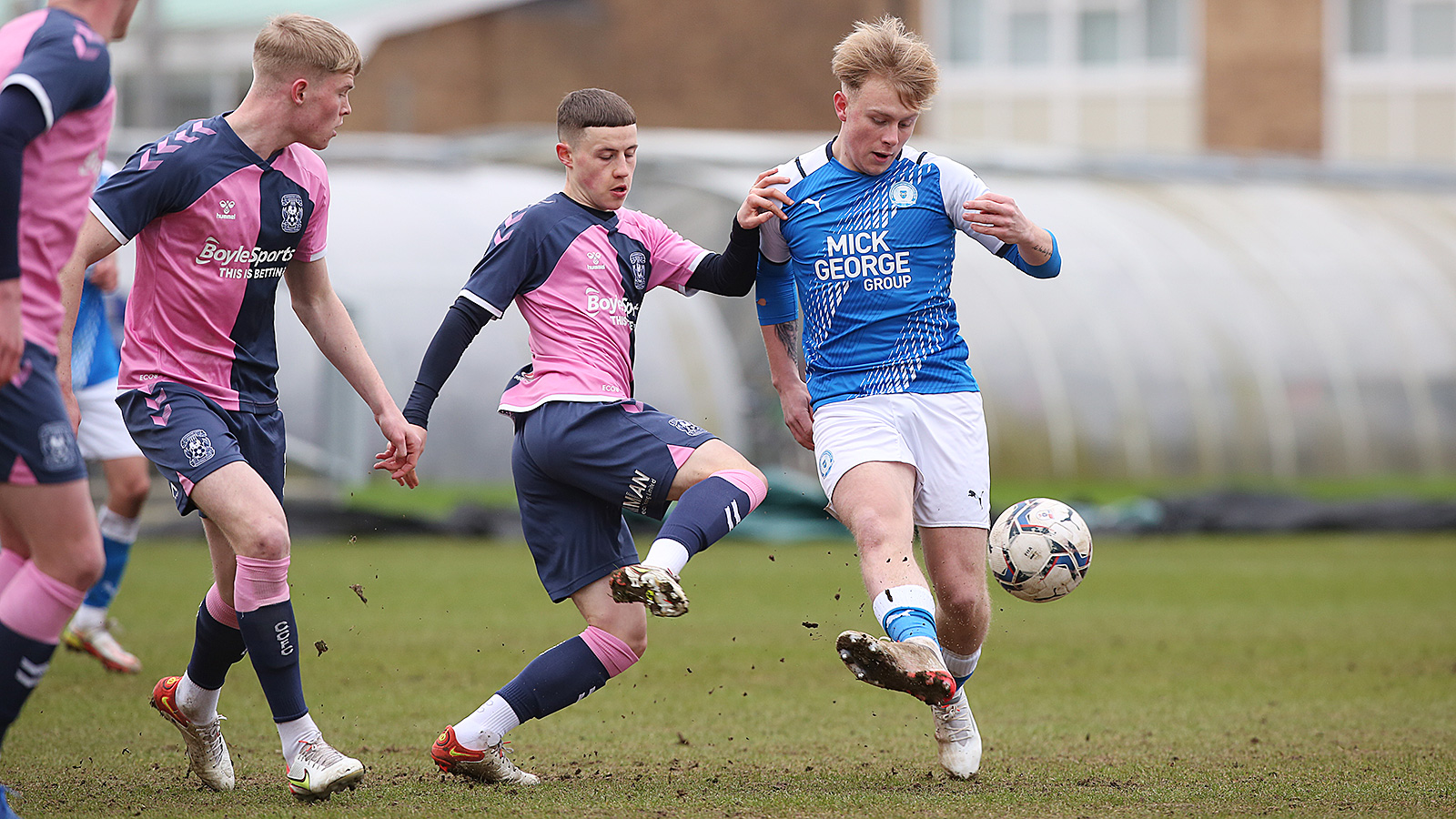 Taylor Nets Double As Under 23s Pick Up Point

Joe Taylor netted twice as the Posh under 23s drew 3-3 with Coventry City in an eventful clash at the idverde Training Ground.

The Peterborough United under 23s drew 3-3 with Coventry City under 23s after a hugely eventful encounter at the idverde Training Ground with Posh ending the game with 10-men following the dismissal of goalkeeper Will Lakin with 25 minutes to play.

With no substitute goalkeeper at their disposal, central defender Connor Peters donned the gloves and produced a wonderful stop with his legs three minutes from time to preserve the point as the Sky Blues came back from 2-0 down to draw level at 2-2.

Joe Taylor, on his return following a lay-off due to injury, netted twice in the first half, once from the edge of the box and he was then in the right place at the right time to tap home from close-range following good approach play from Benjamin Mensah.

The visitors reduced the arrears before the break with Ricardo Dinanga poking home from close-range. Lakin was dismissed for a foul after a mistake by Charlie O’Connell and Jonny Ngandu slotted home the resulting spot-kick past Peters.

However, Posh didn’t let that setback affect them as a perfectly weighted through ball by Kyle Barker picked out substitute Kellan Hickinson and he was upended in the area by Cian Tyler. O’Connell stepped up and coolly slotted home from the spot to give Posh an unlikely 3-2 lead.

Peters was dominant in the air as Coventry piled bodies forward, but he was beaten by a long-range effort from Harrison Nee as the visitors levelled. Peters produced a wonderful stop with his feet to keep out the same man before the referee brought an eventful 90 minutes to a close.