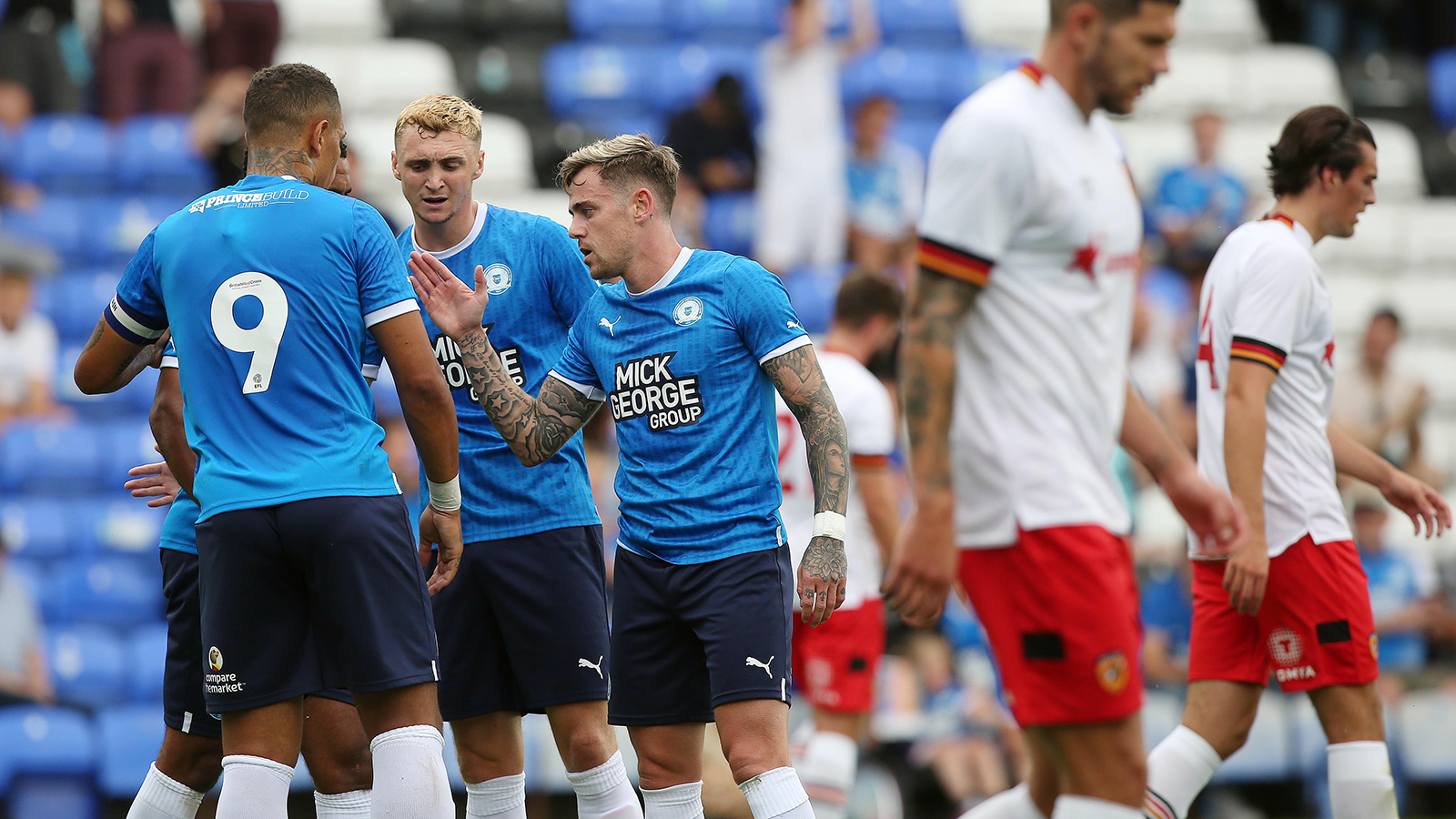 Szmodics At The Double In Posh Friendly Success

Peterborough United concluded their pre-season programme with a comfortable 3-0 victory over Sky Bet Championship side Hull City at the Weston Homes Stadium with Sammie Szmodics netting twice as Grant McCann’s men warmed up for the first league game of the campaign with an excellent display.

Kwame Poku, who starred throughout, created two of the goals and was involved in the opener for Szmodics as the Tigers were mauled with the Championship outfit failing to test goalkeeper Lucas Bergström throughout the 90 minutes.

Harrison Burrows and Jonson Clarke-Harris both went close in the opening 45 minutes while Poku was denied by Ingram after cutting inside from the right. Poku teased the full-back on multiple occasions and his well-timed pass to Nathan Thompson saw his low centre converted by SZMODICS from close-range.

Jack Taylor fired over with his left-foot from the edge of the area as Posh continued to dominate but at the break, it was just the one goal that separated the sides. McCann’s men came quickly out of the blocks in the second half and doubled the advantage within the first 60 seconds as Poku’s centre was converted by Joel RANDALL for his third goal in four games during pre-season.

Moments later it was 3-0 as Poku played a pass through to SZMODICS who squeezed his shot past Ingram. Substitute Ricky-Jade Jones fired wide with his first touch after Ingram parried a shot before Clarke-Harris fired a free-kick over the crossbar from the edge of the box.

McCann was pleased with his side’s display: “I was really happy with the players and the performance today, we took the strong aspects of our display against Luton into this game and were clinical in front of goal. We are not getting carried away though, it is still only pre-season, but we go into next week in good shape.”