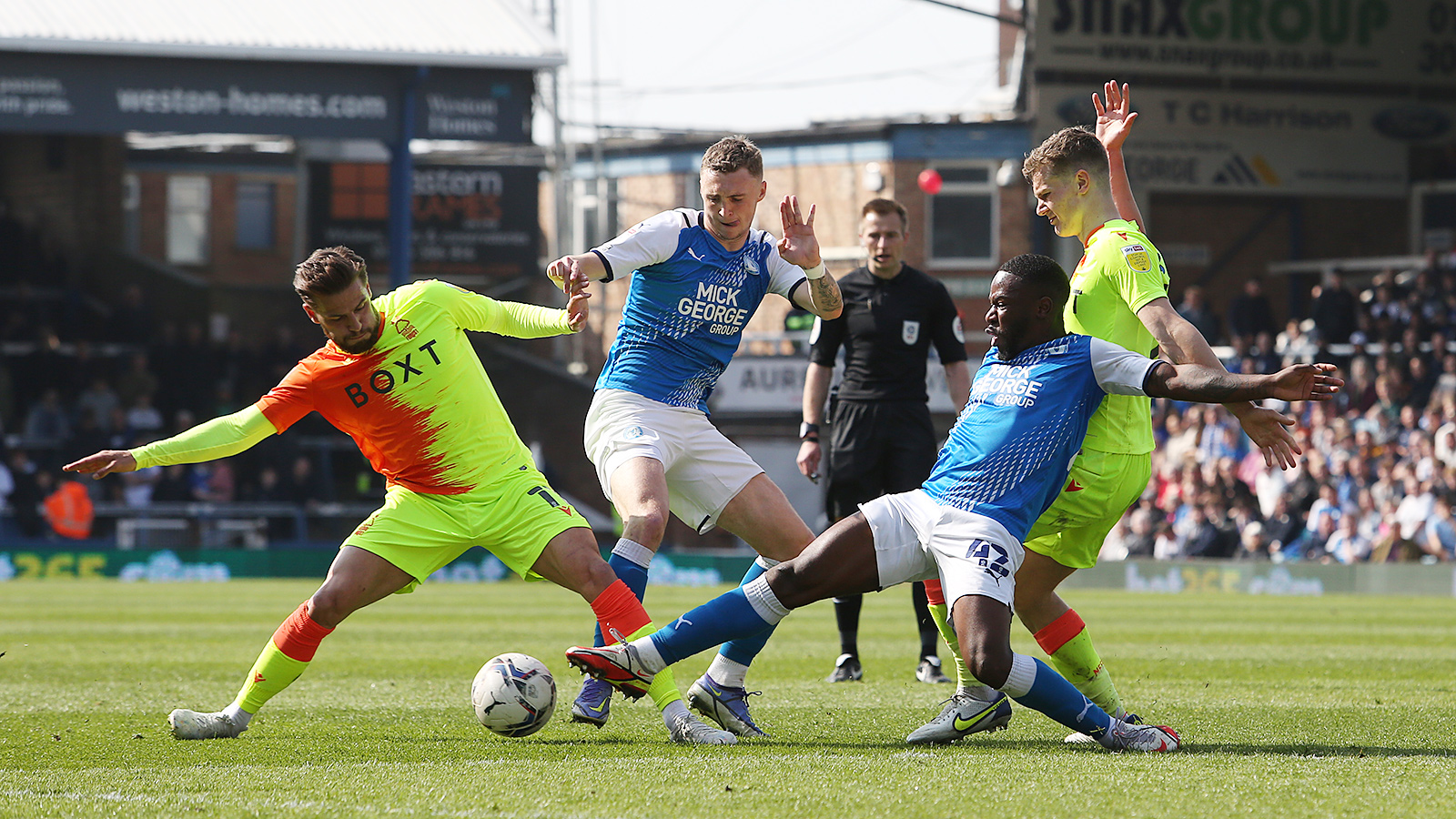 Peterborough United suffered a 1-0 defeat to Nottingham Forest at the Weston Homes Stadium as a Sam Surridge header on the stroke of half-time condemned Posh to League One, but the performances and results since the return of Grant McCann will give plenty of hope and optimism moving forward.

It was a bright start to the contest and not just in terms of the Nottingham Forest away kit, in fact it was the home side who put together the best move of the opening 10 minutes with Ricky-Jade Jones superbly denied by the legs of goalkeeper Brice Samba after a slick passing combination.

Harrison Burrows was cautioned on 18 minutes for a foul on Djed Spence as referee Michael Salisbury felt the challenge was miss-timed. The referee went to his pocket again on 25 minutes to caution Jack Taylor for a foul in the centre circle.

The visitors got their noses in front just before the interval as a header from Sam SURRIDGE found the bottom left-hand corner following a slick counter attack. Grant McCann made a change at the break with Jack Marriott replacing Jones.

Zinckernagel fired wide of the post on 52 minutes after an error of judgement in his own penalty area by Edwards. Marriott saw a deflected effort land in the arms of Samba on 56 minutes after good work in a tight area from Poku.

Szmodics was denied by a sprawling Samba at his near post on 62 minutes after Worrall nearly got punished for allowing the ball to bounce in a dangerous area. Szmodics was cautioned for a foul as Posh made a second change with Joel Randall replacing Fuchs in an attacking change.

Cornell made a smart save to keep out Colback on 65 minutes as Forest broke at pace with Posh committing bodies forward. Knight did well to block a Grabban effort as the Reds countered at pace.

Samba was well placed to keep out a stinging shot from Burrows as the game moved into the final 10 minutes. Grabban saw a goal ruled out for offside and sliced wide unmarked in the box as Forest continued to capitalise on tired Posh legs.