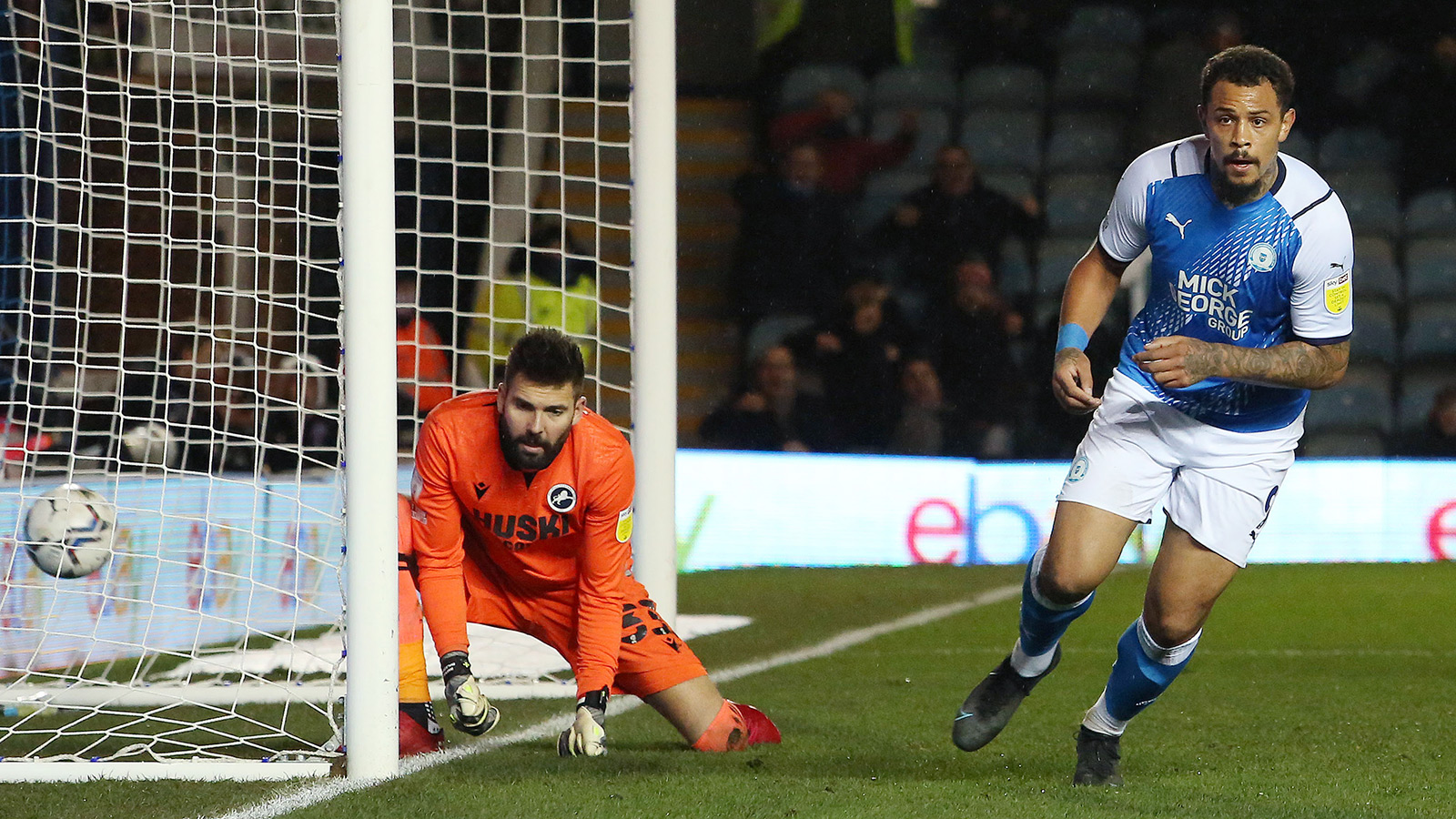 Jonson Clarke-Harris netted the winner as Posh came from behind to secure three points against Millwall.

Peterborough United fought back from 1-0 down to beat Millwall 2-1 at the Weston Homes Stadium after an enthralling Sky Bet Championship encounter, but in simple terms, Darren Ferguson’s men deserved to win the game for their performance and they did just that to close the gap to two points from safety.

Posh were forced into a change on nine minutes as Joe Tomlinson replaced Dan Butler, who was left stricken after a heavy 50-50 challenge. The visitors opened the scoring on 16 minutes and it was a goal that was simple in it’s creation, a low cross from the dangerous Jed Wallace and Tom BRADSHAW was there to tap home from close-range.

Sammie Szmodics saw an effort claimed by Lions keeper Bialkowski on 18 minutes after Tomlinson’s free-kick was only half cleared to the edge of the penalty area. Szmodics glanced a header at goal from a teasing Grant centre on 21 minutes, but this time it was more routine for the Millwall shot-stopper.

Scott Malone was shown a yellow card moments later for a foul on Harrison Burrows. Murray Wallace followed him into the book for a foul on Grant. Tomlinson’s delivery was causing a few problems and an in-swinging set-piece on 23 minutes skimmed off the head of Bradshaw and forced Bialkowski into a smart stop.

Norburn was booked for a foul on Benik Afobe in a dangerous position on 24 minutes and from the resulting free-kick, the Posh wall stood tall to block an effort from Jed Wallace. Dembele saw a shot wonderfully blocked by Cooper on 31 minutes before a follow-up shot from Norburn was deflected behind for a corner kick.

Tomlinson tested Bialkowski with a right-footed effort from 20-yards on 53 minutes, but the keeper was well placed to keep it out. Darren Ferguson made a change just before the hour mark with Jonson Clarke-Harris replacing the hard-working Szmodics in attack.

Posh were a whisker away from levelling the scores on 59 minutes as Harrison Burrows cut inside onto his left-foot and fired towards goal, the ball rolling agonisingly wide of the near post from the edge of the box. On 64 minutes, Posh levelled the scores as a scooped pass from Taylor picked out CLARKE-HARRIS, a defender tried to squeeze him out but the ball ended up in the back of the net.

Less than three minutes later and Posh were ahead as a cross from Knight was flicked on by Thompson and there was CLARKE-HARRIS at the back stick to control a left-footed effort past the keeper from close-range.

Goalkeeper Dai Cornell produced a big save to keep out dangerman Jed Wallace on 72, before Evans curled high and wide from distance. Gary Rowett made a triple change on 73 minutes with Matt Smith, Mason Bennett and Sheyi Ojo introduced.

The towering Smith glanced a header wide of the target on 88 minutes after a chipped cross into the box from the right hand side. Cornell was booked for time wasting in stoppage time by referee Leigh Doughty.