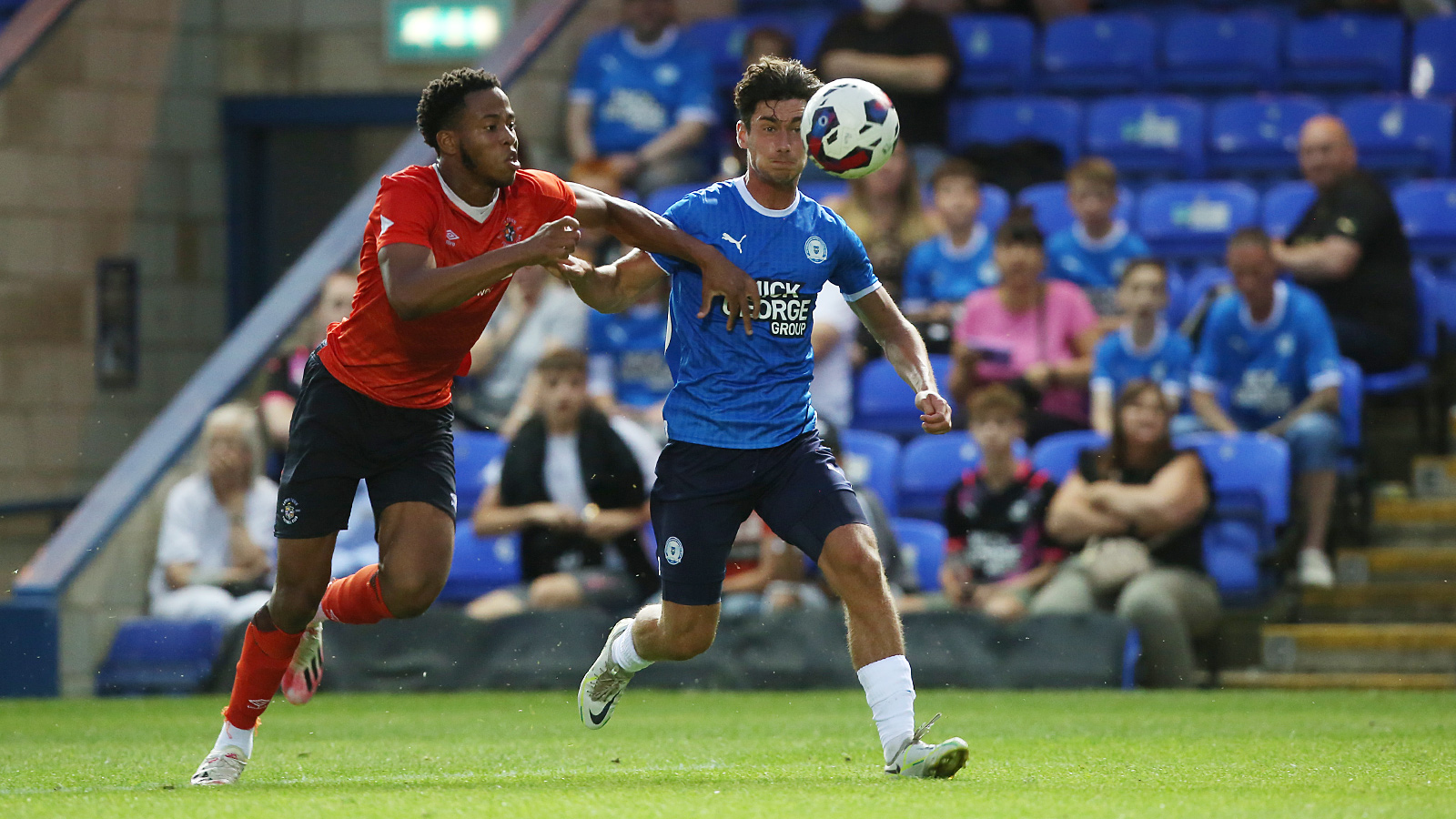 Posh put in a strong performance but were beaten 2-0 by Championship side Luton Town.

Peterborough United manager Grant McCann was pleased with large aspects of his side’s performance against Sky Bet Championship side Luton Town at the Weston Homes Stadium, but it was the Hatters who left PE2 with the victory as a goal in each half from Cauley Woodrow and Harry Cornick earned Nathan Jones’ side a 2-0 victory.

Posh carved out a host of opportunities in front of goal, but a combination of good goalkeeping and wayward finishing meant the visitors left with a clean sheet, while Harvey Cartwright at the other end was largely untested by the Championship side.

Harrison Burrows saw a fierce drive beaten away by Matt Macey, Kwame Poku was also denied by the keeper after cutting inside onto his left-foot and Ben Thompson stabbed wide from close-range as Posh were lively in the final third.

However, it was the visitors who opened the scoring as a free-kick from WOODROW crept in at the far post from 25-yards. Posh lost the services of midfielder Hector Kyprianou to an ankle knock, but McCann is hopeful that it won’t be too serious with Joe Taylor showing some neat touches as a substitute playing out wide.

Szmodics was denied by the legs of the goalkeeper after finding space in the left-hand channel while Randall saw a shot blocked. Clarke-Harris planted a header from a delicious cross from Poku wide of the target before Poku’s diving header from a Clarke-Harris knock back was superbly blocked by Dan Potts. As the game moved into the final stages, Posh were caught on the counter attack with substitute CORNICK finding the back of the net via a huge deflection at the near post.

Posh had another chance to get themselves on the score-sheet as a superb Taylor flick sent Szmodics in the clear but the former Colchester United man saw his side-footed effort graze the outside of the post.