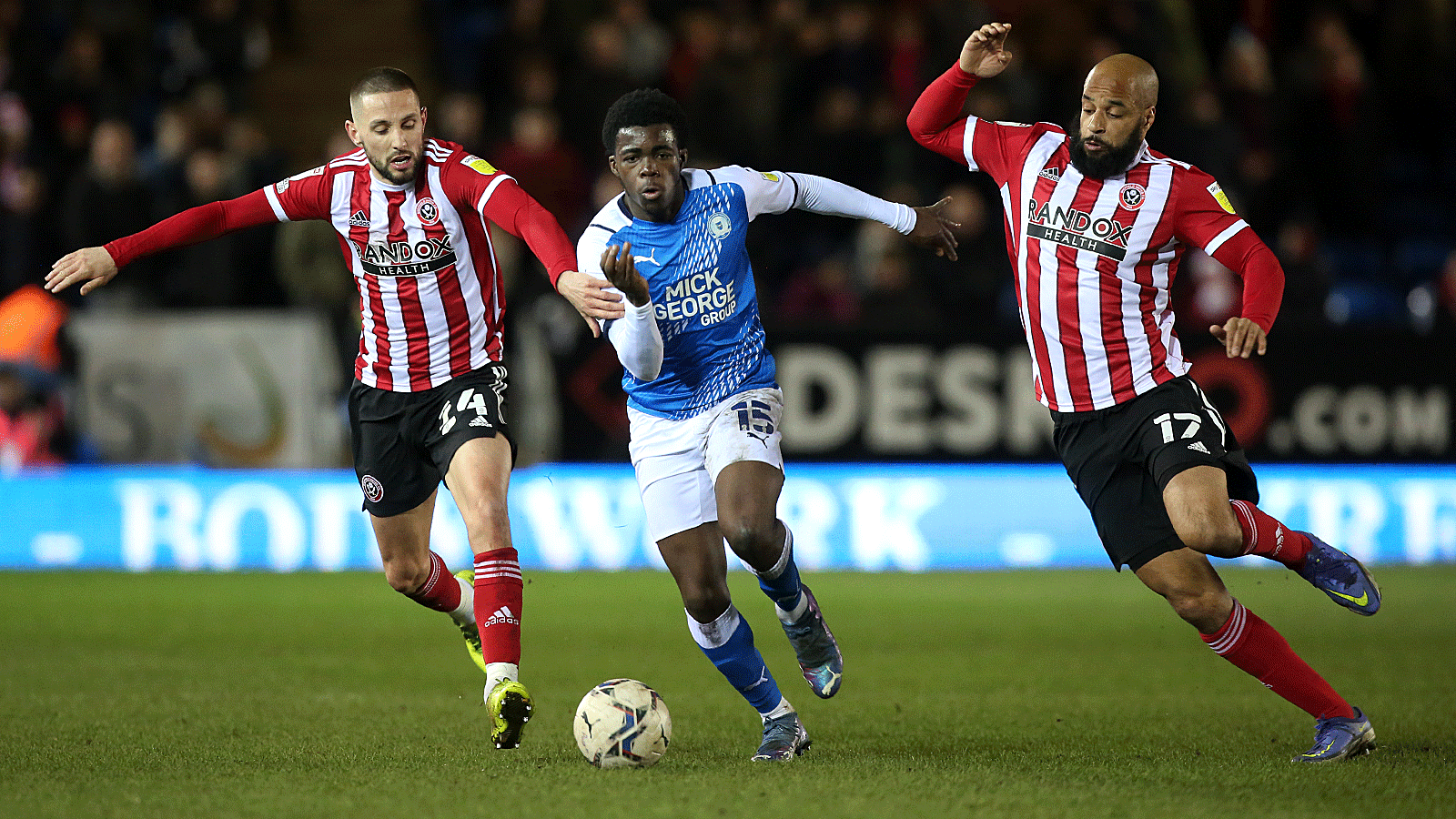 Posh beaten 2-0 by Sheffield United at the Weston Homes Stadium.

Two second half goals from Billy Sharp and an own goal from Callum Morton gave Sheffield United all three points at the Weston Homes Stadium as Darren Ferguson’s men were beaten 2-0 by Paul Heckingbottom’s in-form Blades side.

The visitors made a lively start with goalkeeper Steven Benda brave to dive at the feet of Billy Sharp inside the opening few minutes as the Blades made progress on the counter-attack. The Blades were forced into a change on 21 minutes as Rhian Brewster limped out of the action to be replaced by the experienced David McGoldrick.

McGoldrick fired wide of the upright moments after his introduction as the visitors continued to dominate. Benda then produced a fine stop to keep out Bogle’s first-time effort after a glorious pass from Norwood.

Foderingham was well placed to keep out a drive from debutant Fuchs on 28 minutes as the ball was only half cleared. Egan met a driven corner on 34 minutes, but he couldn’t keep his header at the near post down.

Egan missed a glorious chance to give the visitors the lead on 40 minutes as he met a Norwood cross, but he headed over the crossbar. For all the play for the Blades, moments later, Posh carved out a good opportunity as Poku picked out Clarke-Harris, but he couldn’t quite force the ball past the keeper Foderingham who made a good smothering stop.

The Blades opened the scoring on 53 minutes as the experienced SHARP turned in the box and fired low into the bottom corner. Hourihane was cautioned on the hour mark for a late foul on Thompson.

Posh made a double change on 63 minutes with Joe Ward and Callum Morton replacing Tomlinson and Marriott. Benda produced a fine double stop to keep out Sharp and McGoldrick on 75 minutes as Posh gave away possession in a dangerous area.

Darren Ferguson made his final switch on 78 minutes with Joel Randall replacing Grant in an attacking move. However, on 80 minutes, the Blades got their second goal as a corner hit the outstretched leg of Morton and went into the back of the net. Unfortunate for the striker who had come back to try and help defend the corner.