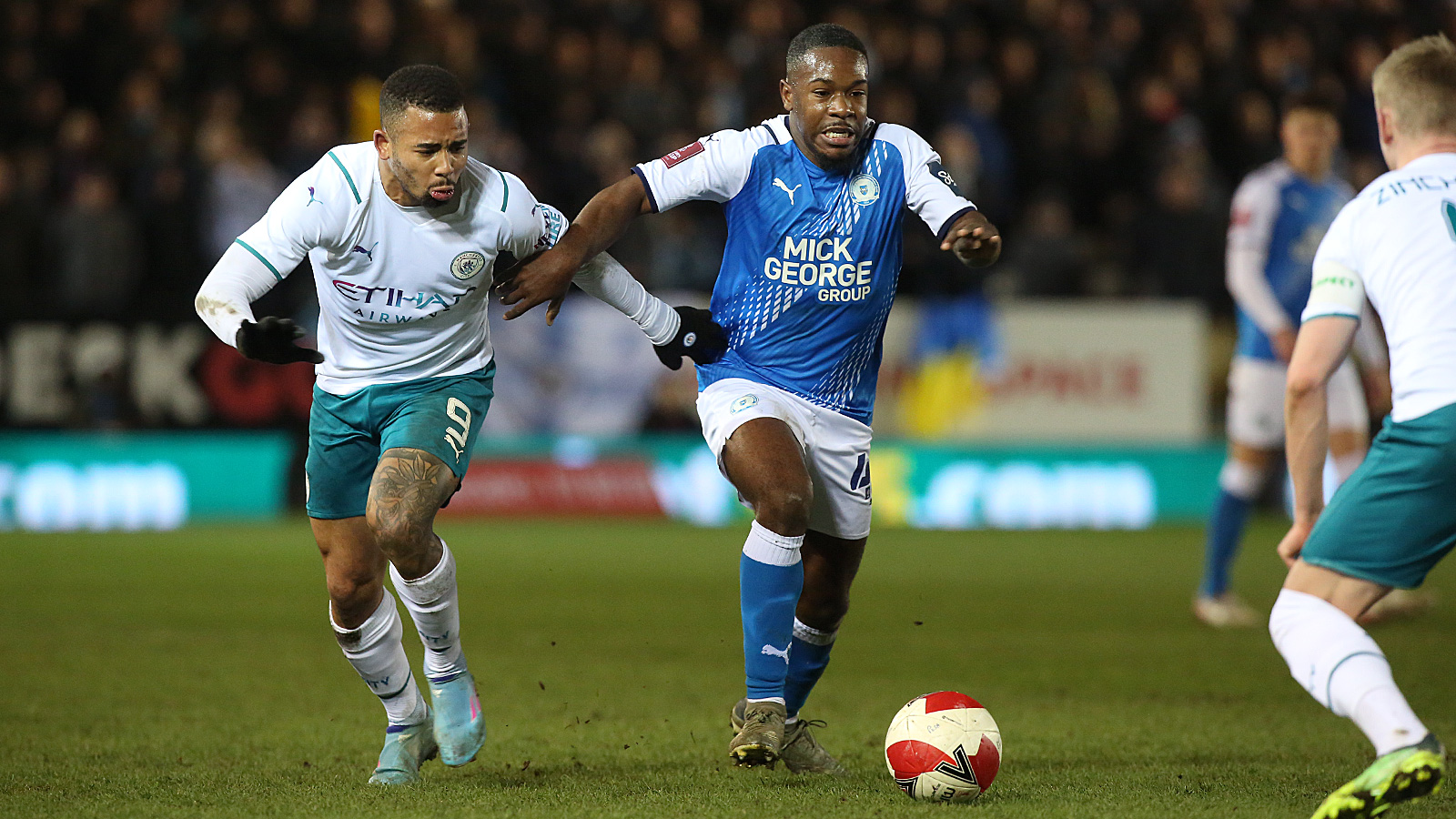 Second Half Goals The Difference For City

Two second half goals from Rihad Mahrez and Jack Grealish secured a 2-0 victory for Manchester City.

Peterborough United can be proud of the performance that they put in against Premier League Champions Manchester City at the Weston Homes Stadium, but two second half goals from Rihad Mahrez and Jack Grealish eventually secured a passage through to the last 16 for Pep Guardiola’s side.

Guardiola certainly wasn’t messing around when it came to his team selection, it was very strong and definitely a nice moment with Ukrainian Oleksandr Zinchenko given the captain’s armband after an unquestionably difficult few days for the left-sided player.

It was Posh who created the first opportunity of the game with midfielder Jeando Fuchs bursting clear in the right-hand channel and seeing his shot deflected into the side-netting. Gabriel Jesus and Ikay Gundogan went close at the other end, but Posh were defending well and not allowing too many opportunities for the City players to get into the box.

Grealish and Zinchenko both curled efforts wide of the target with Steven Benda doing well to calm nerves by using his physical presence with crosses coming into the box. Nathan Ake was cautioned for City for hauling down the lively Ricky-Jade Jones and Guardiola changed both centre backs at the break.

Posh carved out a clear opportunity to break the deadlock as a Joe Ward long throw was flicked on into the path of Sammie Szmodics, but he snatched at his shot and it went wide of the target. The visitors opened the scoring just after the hour mark as MAHREZ found a yard and curled a left-foot shot past Benda and into the bottom corner.

Posh didn’t let the setback affect them too much and continued to provide a difficult shape for City to get in behind, but a second goal did come as GREALISH collected a raking pass from Phil Foden, took a wonderful first touch and rolled the past Benda.

Substitute Jack Marriott forced a smart stop from goalkeeper Ederson while Kwame Poku also saw an effort repelled by the keeper. Benda did well to deny Grealish late on and a low drive from Foden before referee Andy Madley brought an end to proceedings and the 13,000 crowd gave the Posh players a standing ovation as they left the pitch.