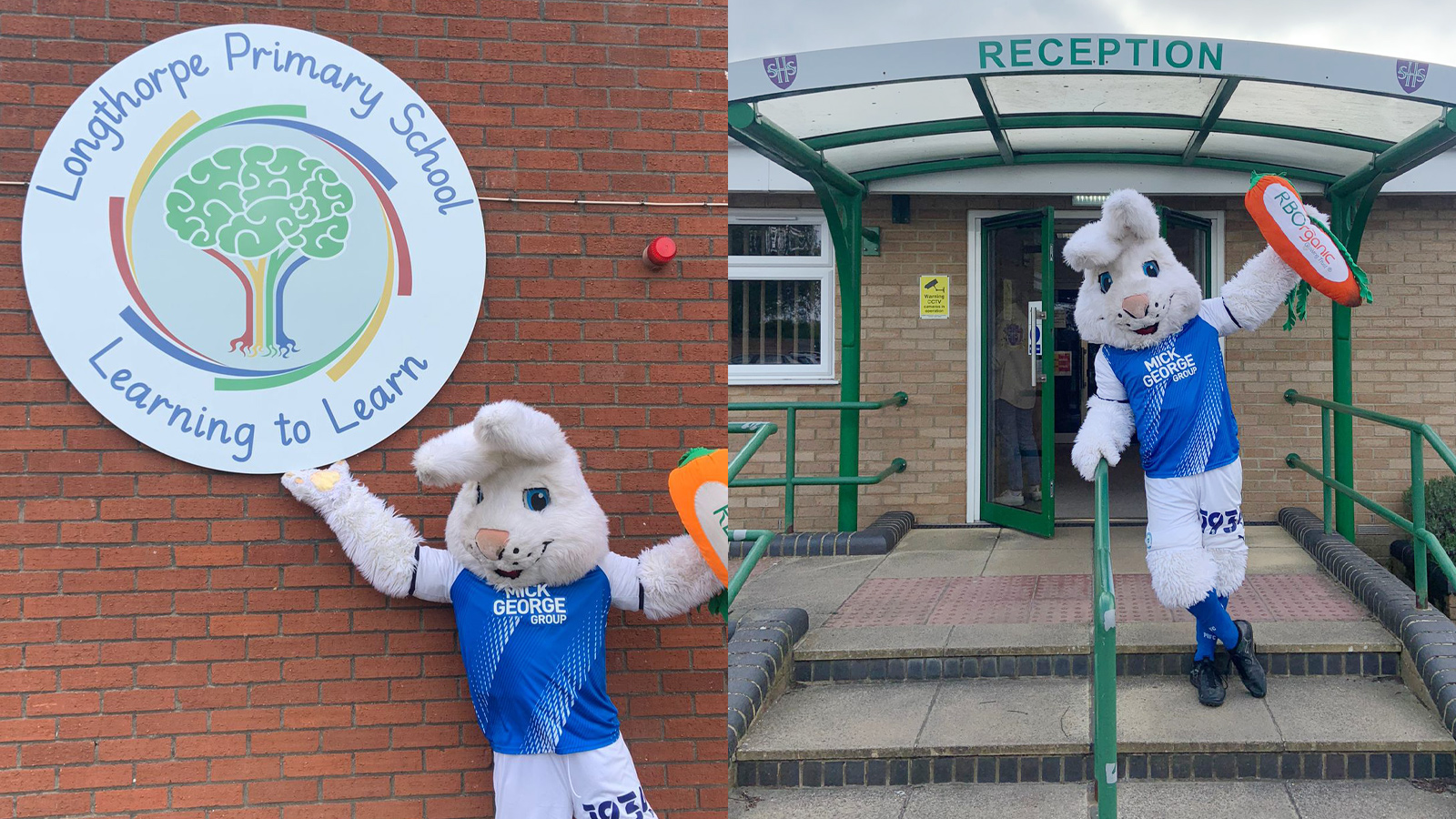 The Schools Initiative has reached yet another milestone with 165 Primary Schools now receiving a visit from Peter Burrow and Bobby Copping.

The Peterborough United Schools Initiative reached another huge milestone this week as Bobby Copping and Peter Burrow visited their 165th Primary School of the season – surpassing the seasonal record that the football club have completed in previous years.

Demonstrating the incredible reach that the Initiative has undertaken, the 165th School was in Kings Lynn and within the 165, the pair have travelled the length and breadth of the East Anglian region with schools in Cambridgeshire, Northamptonshire, Norfolk, Rutland, Lincolnshire and Leicestershire all receiving a visit.

As part of the visit, the club put on an interactive assembly, featuring a DVD of some of the goals scored this season, before Peter takes centre stage, showing off his dance moves. Children at the school also receive tickets to a forthcoming fixture at the Weston Homes Stadium. In total, the pair have put on an assembly for approximately 51,000 children across the region.

Bobby Copping said: “To reach 165 schools in season is brilliant and each one that we have visited have been extremely welcoming and enthusiastic about helping us create fans of the future. Peter has made some great friends as part of the initiative, in fact, even on Saturday against Nottingham Forest, he was showing off his dance moves to some of the youngsters that had met him ahead of the half-term holiday.”