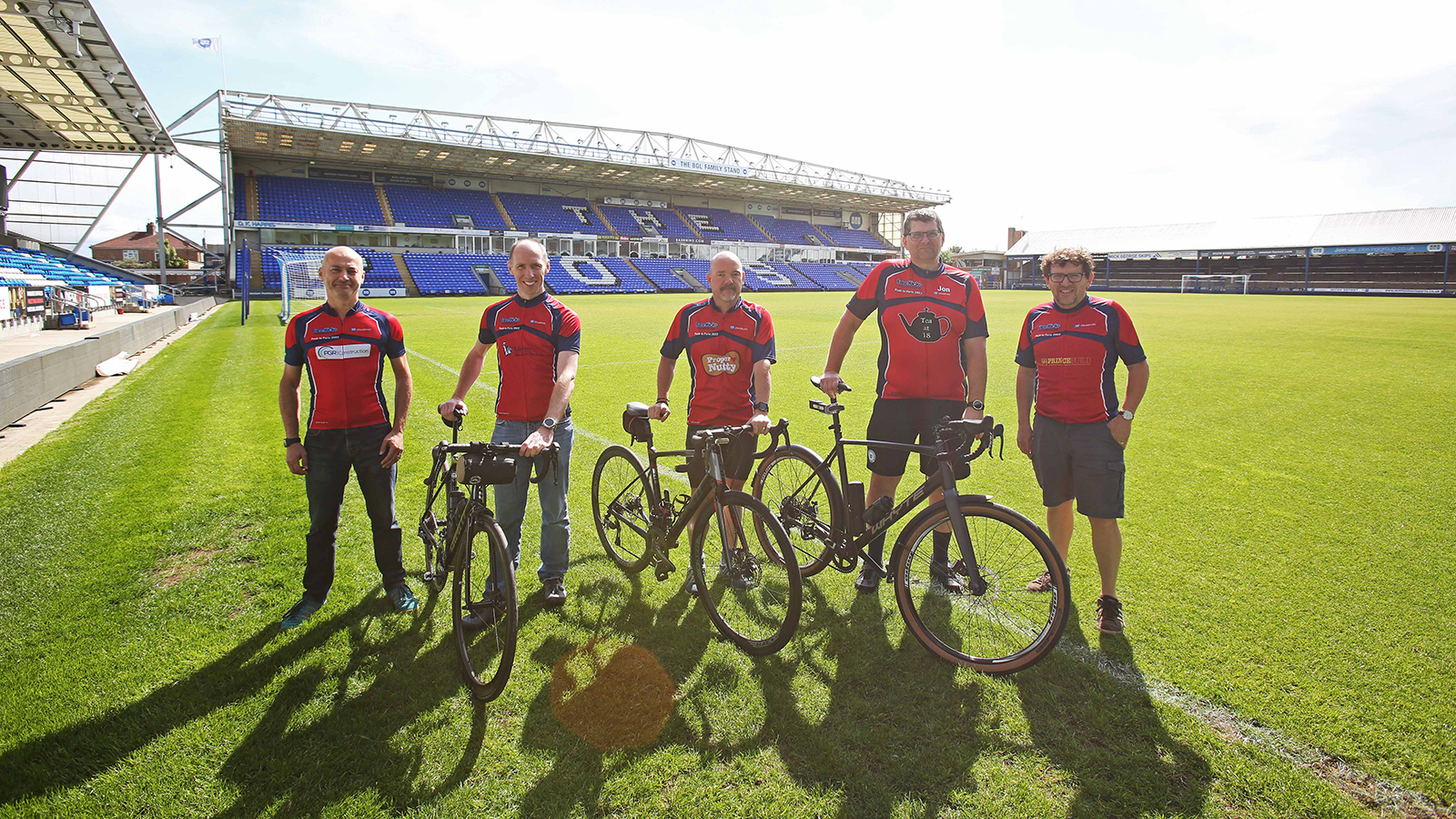 Riders Set Off For Posh To Paris Challenge

The ride, the charities first in three years due to the pandemic, will be the second time fundraisers have ridden to the French capital. Over the years there have also been rides to Brussels and Amsterdam to raise money to give more children days out at football.

‘It’s been a strange 2 years with minimal fundraising and being unable to attend matches and provide mascots due to the pandemic. We have a marvellous team of people who want to help us raise money and hopefully next season will be more normal and we can get that amazing feeling of seeing kids faces light up when they meet players and run out on to the pitch,” Steve Thorpe said.

At Free Kicks Foundation our mission is to provide football-themed experiences to disadvantaged children and young adults at clubs all around the country.

Since the charity launched in 2007, we have made it possible for over 1,000 amazing young people to attend matches and meet their favourite teams. The majority of recipients experience the day as a Team Mascot. This generally involves a tour of the ground, a new football kit, visiting the players in the dressing rooms, a coaching session on the pitch and, of course, leading the team out ahead of kick-off. Alternatively we often provide hospitality packages or other experiences should the mascot opportunity not be suitable. We call our days out ‘Kicks’ and they are provided free of charge to the families.