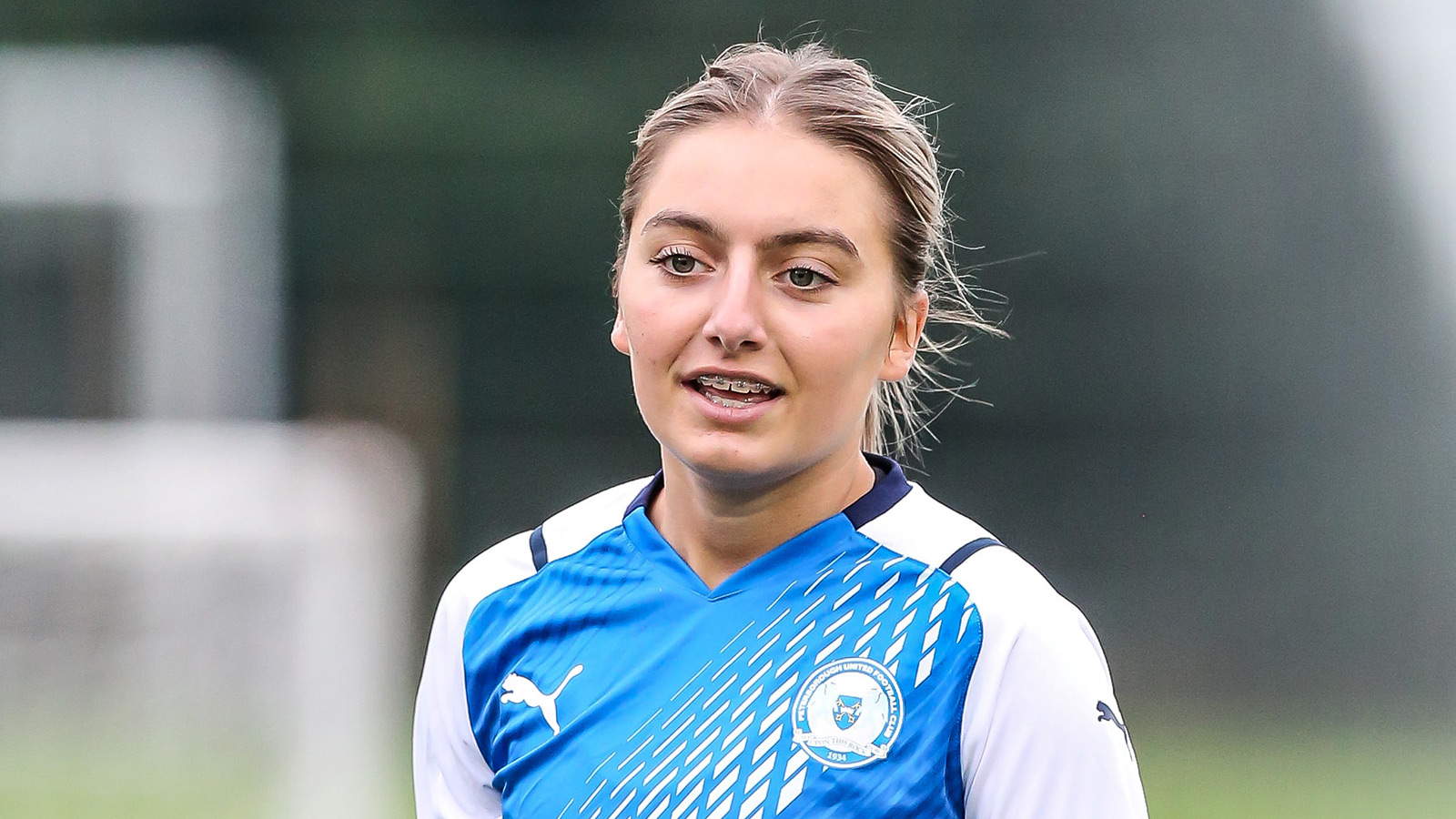 Forward Milly Ramm made her debut for Peterborough United Women earlier this month, reliving her feelings before the match and what she has learnt being part of the squad.

As a young player, chances to feature for the first team are limited and possibly only come around once or twice a year, so it’s essential to make an impression on the manager when given the opportunity. And that’s what 16-year-old Milly Ramm did when she was handed her first-team debut earlier this month for Peterborough United Women.

After some positive displays in the reserve squad, Ramm was called up to the first-team squad in the 3-1 victory over Sporting Khalsa, playing a full 90 minutes and even managed to grab an assist for Keir Perkins opening goal on the afternoon. The forward revealed her feelings leading up to the game before she took to the field at The Guardian Warehousing Arena.

“I was extremely nervous, especially knowing I was going to have to push myself to the limits. Knowing we had a small squad of only 11 players, I knew I would have to put in a good shift. Although once I was on the pitch, the nerves seemed to disappear, and I just played to the best of my ability. After the game, I was extremely delighted with my performance, especially with an assist, plus the comments and support I received were great.

“The experience has been brilliant so far. All the girls have been very welcoming, and it was a great opportunity to put myself to the test playing up against higher-level opponents. I believed I left 100% on the pitch each time.”

Ramm has featured regularly for the reserve squad this season, making eight appearances in which she has grabbed one goal so far. The forward is well-known for her speed and the ability to cross in first time, but it has been two mentally based skills that she has learnt over the last two weeks with the first team.

“With the short amount of time I have had with this team, I’ve learnt that resilience and support are key. For example, in the Khalsa game, we knew we all had to perform for the whole 90 minutes and put in a great performance. Without that determination and spirit from everyone, the game would have been challenging, but we showed how good we are as a team and played for each other.

The women currently find themselves on a winter break and will return to action in the second week of January against Wem Town Ladies. The short break came at an ideal time for the team, with up to five senior players unavailable due to injury in the previous FA Women’s National League fixture.

With the majority of them expected to return for the trip to Shrewsbury, Ramm wants to use the motivation from her last two performances and cement a spot in the first team in the New Year.

“Without a doubt, I want to cement a spot among the first team. The last two games have pushed me to be a better player, and the whole experience has been great. It will be hard with most of the girls returning from injury, but I will continue to push and hopefully be given the chance to impress once again in the new year.”