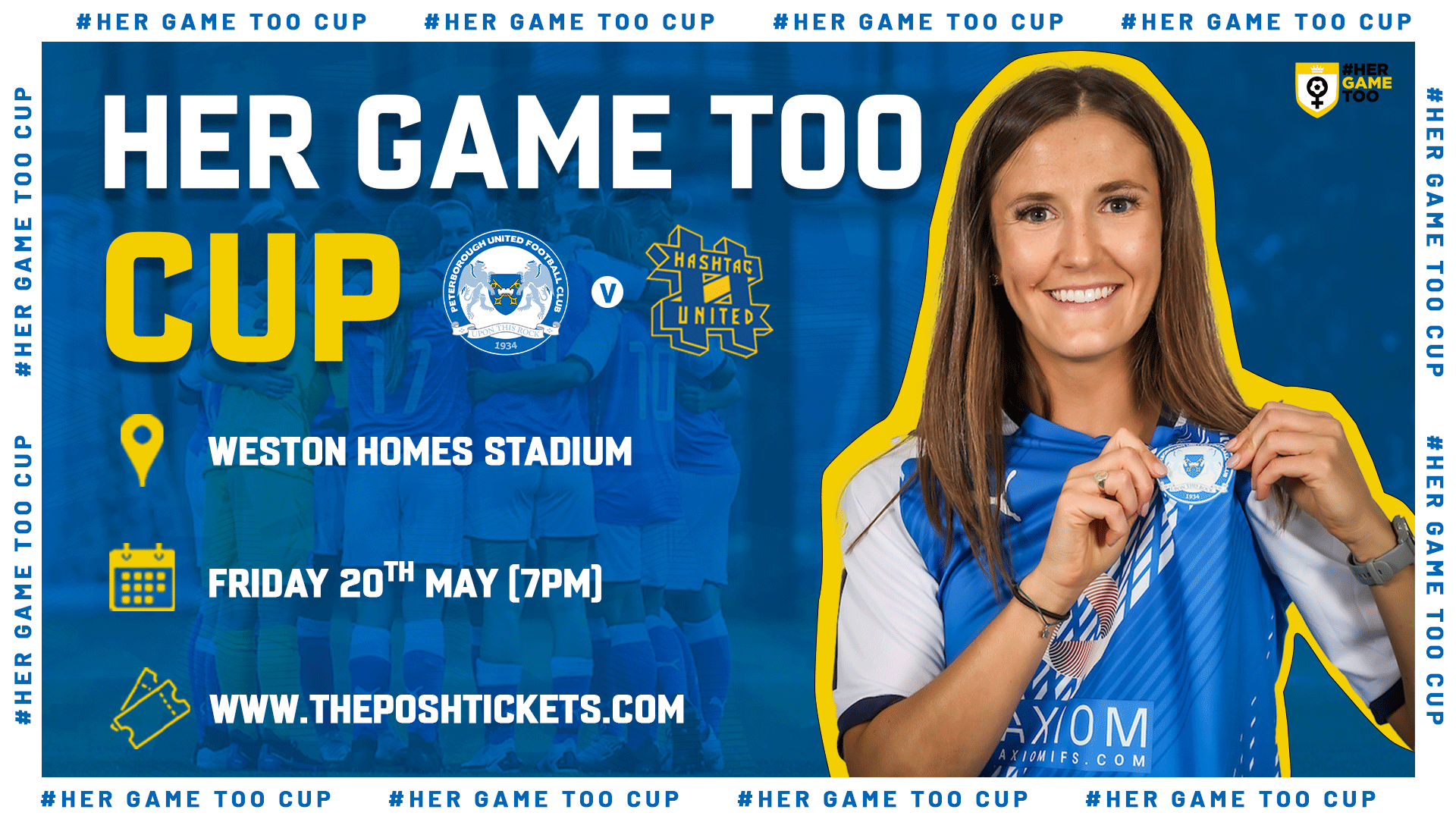 Posh Women to compete in HerGameToo Cup at the Weston Homes Stadium.

The club are pleased to have HerGameToo on board for this showpiece occasion, an annual event that will allow us to celebrate the women’s game ahead of a very special summer for women’s football in the country with UEFA Women’s European Championship taking place in England in June.

The game will also allow supporters across the city to come down to Weston Homes Stadium to celebrate the achievement of the players after a successful campaign in their debut season at FA Women’s National League level, with the club working hard to create young fans for the future.

Posh Women General Manager Bobby Copping said: ““I’m extremely pleased that HerGameToo will be a part of our showcase game vs Hashtag United Women at the Weston Homes Stadium. It is really important that we continue to work closely with HerGameToo to reinforce their core values.”