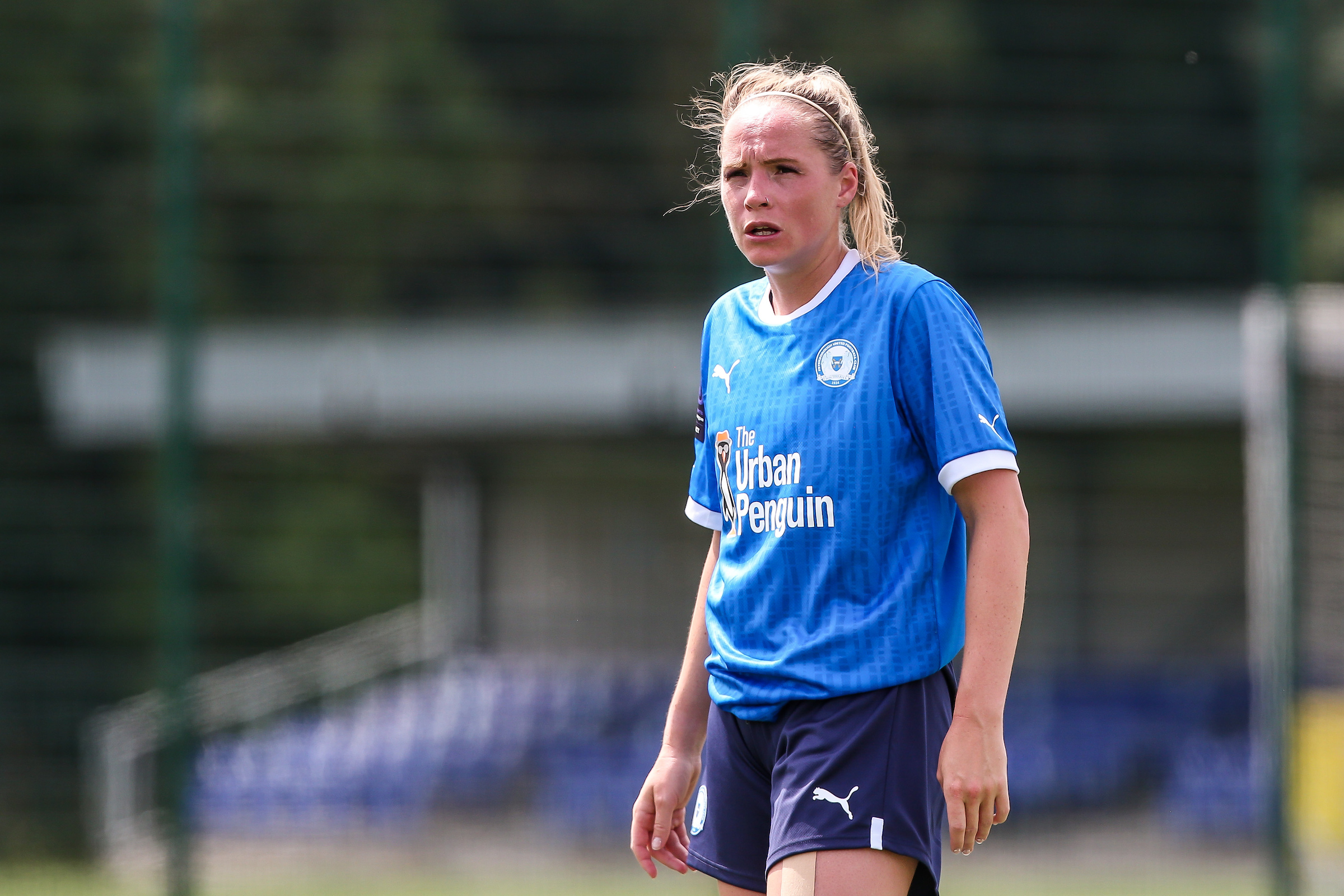 Posh Women claim their first victory of the season at Butler Sports Centre.

Three second-half goals from Peterborough United Women helped them secure their first three points of the season after a 4-1 victory over Wem Town Ladies at the Butler Sports Centre on Sunday afternoon.

Posh opened the scoring after just three minutes as Cassie Steward collected the ball on the edge of the box following a poor clearance from Wem Town keeper and her effort found the bottom corner to hand Dan Lawlor’s side an important lead in the early stages.

Following the deadlock being broken, both teams struggled in possession on a tough pitch, but it was the hosts who carved out their first opportunity on 15 minutes as they rattled the crossbar from Michelle Pasco’s effort just outside the box, the ball fell to Taylor Davis who fired the ball over the bar.

Posh should have doubled their lead just before half an hour mark as Perkins won the 50-50 against the keeper and played it across to Jess Driscoll, but her effort was superbly blocked on the line. A minute later, Posh were made to be punished as Wem Town found the equaliser as Davis’ found the top corner despite appeals of a handball in the build-up.

In the aftermath of the goal, McConville was sin-binned for 10 minutes. The midfielder returned to the pitch and sent a half-volley from the edge of the box narrowly wide of the post.

Posh re-took the lead on 55 minutes as Aylmer's deep free-kick caused a scramble inside the hosts’ box, the ball fell to the feet of Faith Horner and she slotted home. Lawlor made his first change of the match shortly after as Tara Kirk entered the pitch.

Lawlor’s side extended their advantage and it was a first goal for Jess Evans, with Aylmer provider once again as her corner found Evans at the front-post and she headed home. Nicole Hendrick and Megan Lawlor replaced Elloise Copson and Cassie Steward in the final 15 minutes.

Posh sealed the victory at Butler Sports Centre in the final five minutes as a free-kick was taken quickly and sent out to the right to Aylmer and her cross was guided on by Lawlor into the back of the net.