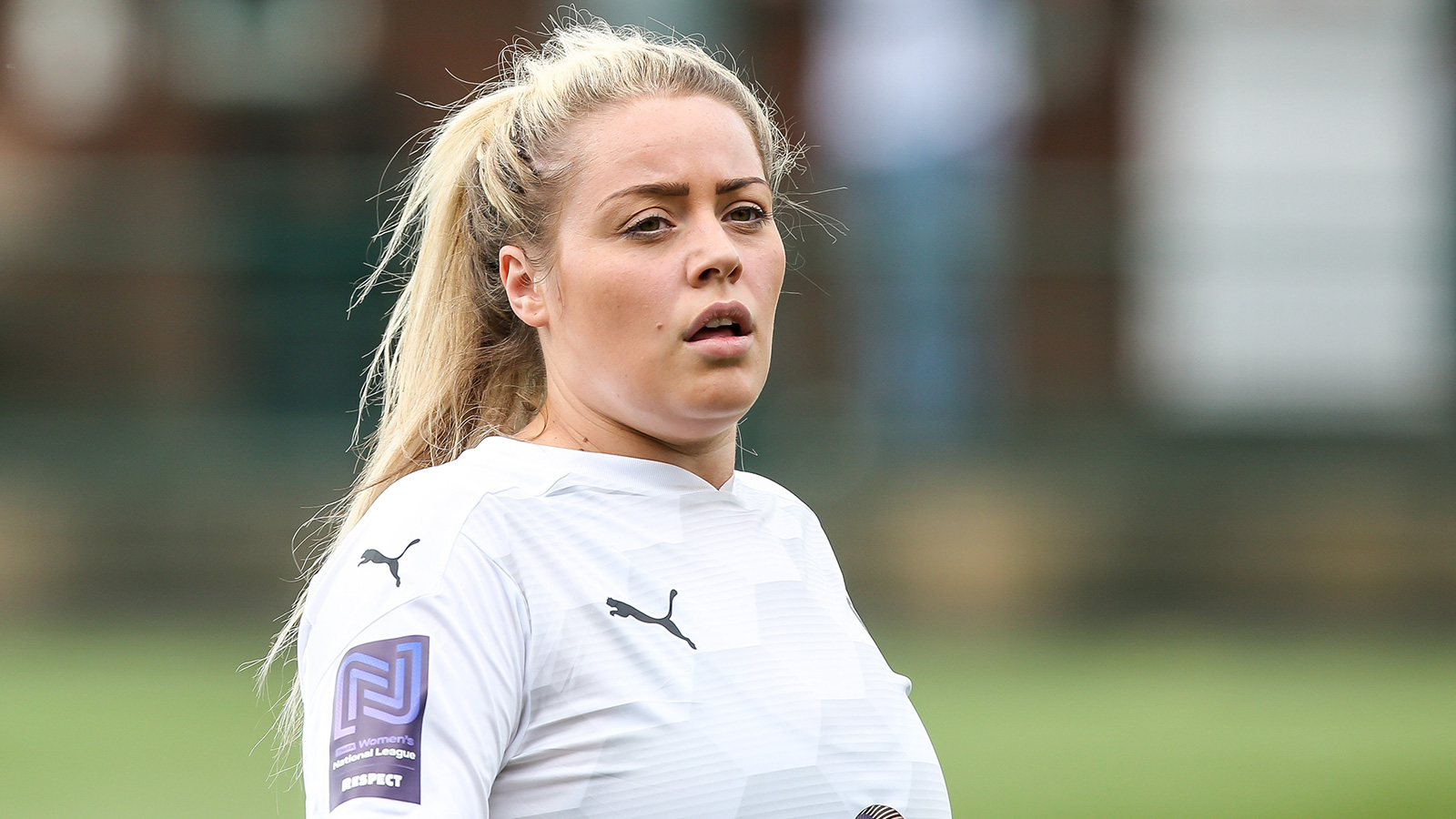 Posh Women were condemned to a narrow defeat against Doncaster Rovers Belles at Keepmoat Stadium on Sunday afternoon.

Amy Butler was handed her debut for the club since being announced earlier this week, and was called into action within the opening two minutes, with a low save to keep out Jasmine Saxton’s effort. Shortly after, Doncaster Rover Belles did have the ball in the back of the net, but the goal was ruled out for offside.

On eight minutes, Belles’ Charlotte Dinsdale left-footed effort hit the side-netting before Butler smothered the ball after a free-kick wasn’t cleared by Posh. They slowly grew into the game as Keir Perkins raced down the line and tried to pick out Megan Breakwell at the back-post, but it was slightly behind the attacker.

Katie Steward, who also made her first start for the club, produced a great recovery challenge to stop the hosts breaking forward. Piper O’Neill unfortunately suffered an injury on 20 minutes and was subsequently replaced by Beatriz Borque.

On 26 minutes, Doncaster Rovers Belles found the breakthrough as Nadia Khan’s low cross was poked home at the back-post by Saxton. Posh recovered quickly and started to control the game, as Breakwell’s pass set Perkins through on-goal but her shot skimmed the top of the crossbar.

Saxton had the opportunity to double the hosts advantage but fired well over from close-range as the first-half was brought to a close. At the break, K. Steward was replaced by Niamh Connor as Hannah Hipwell saw a deep free-kick palmed away by the keeper minutes into the second half.

On 50 minutes, Breakwell saw a lofted chip over the keeper, who was way off her line, cleared before it reached the goal, as Posh continued to push for an equaliser. Connor then burst forward on the left-hand side and saw her effort straight at the keeper.

However, on 63 minutes, Cassie Steward found the deserving equaliser for Posh, as Perkins played a beautiful through ball to Steward and she calmly slotted the ball past the keeper, rewarding Posh dominance at the time.

But, four minutes later, Belles headed back in front against the run of play and it was roles reversed, as Saxton’s low cross was tapped home by Khan. On 70 minutes, Borque produced some brilliant footwork to beat her defender before her deep cross just flew over the head of Perkins.

As the game entered the final 10 minutes, Posh continued to pile on the pressure as Larissa Fredericks and Kerryn Copeland replaced Megan Breakwell and Cassie Steward. A long field ball from Fredericks looked destined for Perkins, but the keeper quickly came out to collect the loose ball.

On 90 minutes, Elloise Copson went down after a heavy challenge from a Belles’ attacker, and due to seriousness of the injury, the referee subsequently blew the full-time whistle.

The reserves picked up their first points in two months after a 2-2 draw against Coalville Town Ladies at Owen Street Sports Ground on Sunday afternoon in an East Midlands Women’s Regional Football League Division One South fixture. Aliyah Palmer and Amy Gore gave Posh the lead on two occasions, but were pegged back twice.